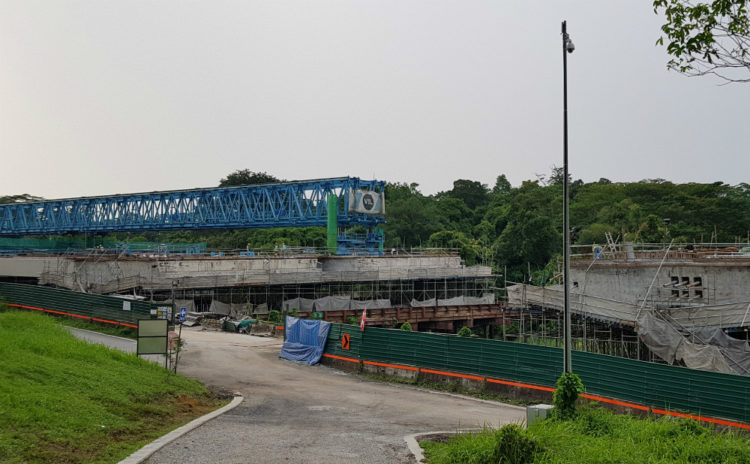 The Bukit Brown road project, which has been fraught with issues from the start, has been delayed yet again.

The 2km road, which cuts a swathe through a 95-year-old cemetery deemed by many to have heritage value, has been delayed because the main contractor is facing financial difficulties.

In February 2015, it filed an application in the High Court to propose a debt restructuring plan for its creditors.

Last year (2016), it raised up to $8 million by issuing new shares and warrants to Readymade Steel Singapore, a company owned by Indian infrastructural group Kridhan Infra. Readymade’s subsidiary, KH Foges, is a sub-contractor of Swee Hong.

In July this year (2017), Swee Hong announced it had repaid its debts.

But its financial woes had already caused a slowdown in the Bukit Brown road project.

When The Straits Times checked on Monday (Nov13), the works looked nowhere near completion, even if part of a raised portion was taking shape.

Diversion works in Lornie Road – believed to be for an underpass section of the new road – remained in place after several months. 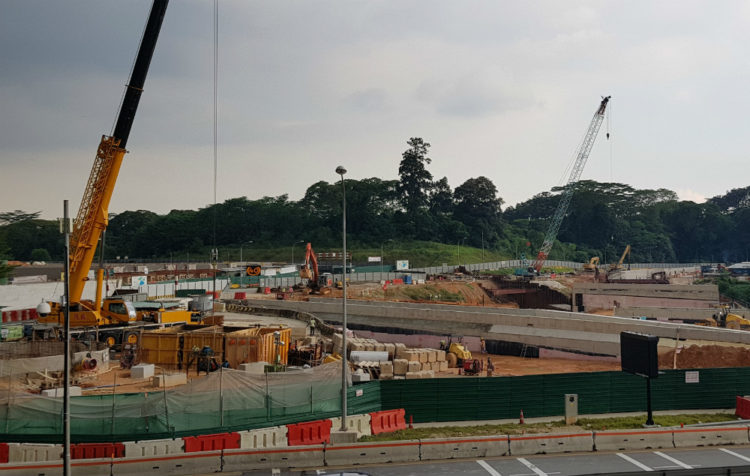 A resident interviewed said those living in Sime Road had been told by authorities that it would now only be completed late 2018.

“I’m not even sure it can be done by then,” said the retiree who is in his 70s, who declined to be named. “It’s causing us a lot of inconvenience already.”

Besides the noise and dust, he said cracks had formed in a number of houses.

“My house now leaks when it rains,” he added.

Swee Hong would not comment when asked when the project would be completed, and redirected the query to the Land Transport Authority (LTA).

The LTA has not responded to queries sent a week ago.

Besides Swee Hong’s problems, the project was also held up by exhumation of graves which took longer than anticipated.

The new road links the MacRitchie viaduct to Adam Road via the Bukit Brown cemetery. The LTA said the road was necessary to cater to future traffic, which is expected to increase by 20 percent to 30 percent by 2020.

Heritage groups, however, said the cemetery should be preserved in its entirety, while green lobbyists said the road would damage the biodiversity of the forested area.

The delay to the Bukit Brown road project comes just months after another long-delayed project was completed.

The new Braddell Flyover opened in June after four years and repeated delays.