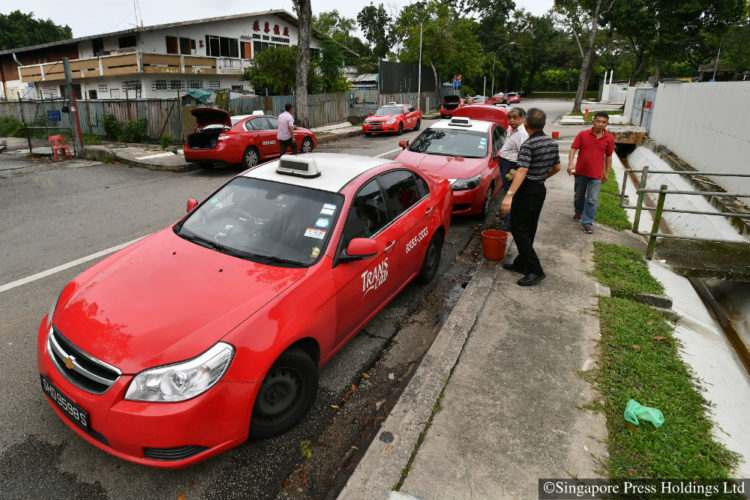 Taxi operator Trans-Cab, which has 4,500 cabs, said yesterday that it would cut the daily rental of all its diesel taxis by $2.30.

Cab companies will pass on the savings from a reduction in an annual diesel tax to their drivers, by reducing daily rentals, and in one case, raising Medisave top-ups.

On Monday, the Government announced that the yearly Special Tax for diesel taxis would be permanently cut by $850, to make up for the introduction of a volume- based diesel duty.

It also encouraged taxi operators to pass on the savings from the tax reduction.

Trans-Cab, the island’s second biggest operator with 4500 taxis, said yesterday that it would cut the daily rental of all its diesel taxis by $2.30. Rental rates vary across models. A Renault Latitude over three years old, for example, currently rents for $88.50 a day.

SMRT, which has 3400 cabs, said it would also increase the contribution to the monthly Medisave top-up scheme for drivers who rent diesel taxis.

Although the company declined to reveal numbers, The Straits Times understands that its cabbies will get a $2 reduction in daily rental, while their monthly Medisave top-up will go up by $10.

ComfortDelGro, the largest operator with a 60 percent market share, said two days ago that it would pass on the savings, without giving details.

Meanwhile, other transport companies such as private bus operators say they would not be passing on the cost of the new diesel duty to their customers just yet.

Singapore School Transport Association chairman Wong Ann Lin said that as many companies have negotiated one-year contracts with schools, they will have to absorb the diesel duty for now.

To cushion the impact of the duty, commercial diesel vehicles will get a full rebate on their road tax for one year and a partial rebate for two. School buses for children will get additional cash rebates.

While he welcomed the concessions, Mr Wong, who is also the general manager of Annway Transport Services, said his association members may well increase prices next year as the hike in diesel price was “quite tremendous”.

“I would rather not have the rebate if it meant there was no price increase. Of course we will increase prices (for customers).” He said this would probably be in the region of 20 percent to 30 percent.

Woodlands Transport’s general manager Roger Wong estimates that fuel costs should go up by between 7 percent and 10 percent on average for transport firms.

He said: “As our contracts with customers expire, we will see what to do. If the market is bad, we may have to absorb the higher costs.”

SIM University economist Walter Theseira said the diesel duty, which is usage-based, will drive fleet owners to ensure their vehicles are efficient in fuel consumption. “I don’t think the move is designed to punish businesses. The overall goal is to push people towards reducing the stock of older diesel vehicles on the road, which are most polluting.”

Motorists, meanwhile, saw pump prices increase in the past two days, in line with the diesel duty, which took effect on Monday.