Where carpark valet is a robot | Torque
Loading posts...
0 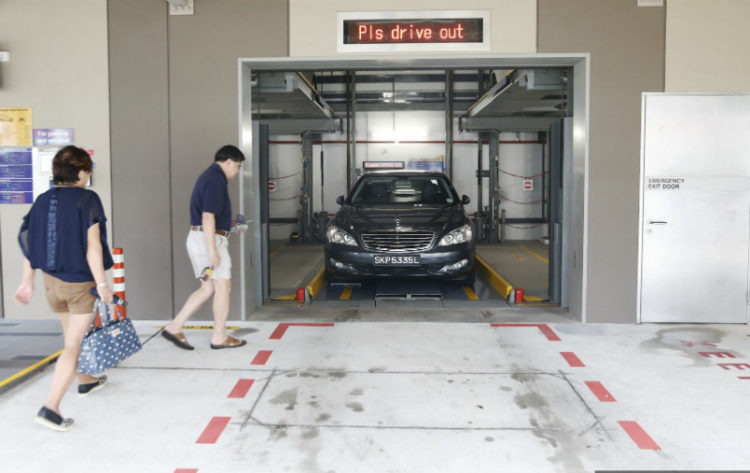 A couple collecting their car from a mechanised carpark in Yishun. While some users say the system is convenient and safe, others feel the waiting time is too long.

Drivers headed to Robinson Towers in the Central Business District will no longer have to worry about wasting time circling the building’s carpark for a vacant space.

When the building reopens in the fourth quarter of next year, after a five-year redevelopment, it will feature a new automated system that makes use of robots to park cars.

Guided by lasers, cameras and markings on the ground, the robots will ferry cars of up to 2600kg from a drop-off point to one of 90 parking spaces.

The system, developed by engineering firm MHE-Demag, is believed to be the first such application of the technology in Singapore.

Though such robots have been used for several decades to transport goods, the technology has more recently made inroads into carparks in the United States and Germany.

The system could increase the capacity of a carpark by more than 40 per cent as it allows cars to be parked closer together. The relatively small size of the robot – 5m long and 2.1m wide – also allows it to manoeuvre in narrow spaces.

Unlike other mechanised parking systems, this one does not require steel supporting structures or parking pallets, said MHE-Demag sales and markets regional director Klaus Schilling.

“No additional building provision is required for the system and it can be adapted into a conventional parking provision in any building development easily,” he said. 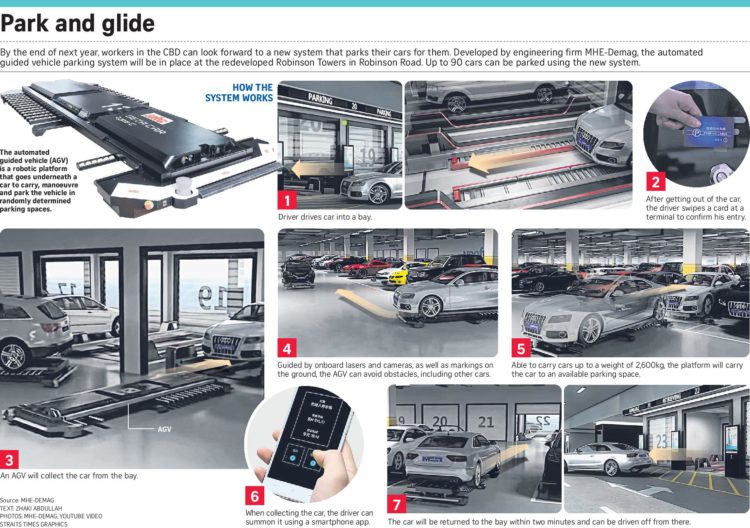 While the firm declined to say how much it will cost, a similar system by Chinese firm Yee Fung Automation – introduced in Nanjing last December – is said to have a price tag of around $200,000.

But the parking fee at Robinson Towers will be “similar” to other carparks in the area, said Mr Schilling.

Across the road, at CapitaGreen, daytime parking costs $3.10 a half-hour on weekdays.

Conventional mechanised parking systems – which use mechanical car lifters to move a car to a storage space – can be found at several locations here, including three Housing Board carparks in Changi Village, Yishun and Bukit Panjang.

During peak periods, retrieving a car from these carparks can take 10 to 15 minutes.

MHE-Demag said its system offers faster parking and retrieval, and the average time to retrieve a car – which can be done with a mobile app – will be about two minutes.

The firm is looking at introducing the technology at “several other locations”, but did not disclose details, and has also started to introduce it elsewhere in the region.

Robotics expert Marcelo Ang said that while it will make parking more convenient, the high cost of purchasing and maintaining such a system could deter widespread adoption of the technology.

“Building owners will have to weigh how much it costs against what benefits it will bring,” said Dr Ang, who is acting director of the National University of Singapore’s Advanced Robotics Centre. 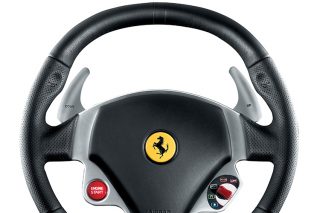