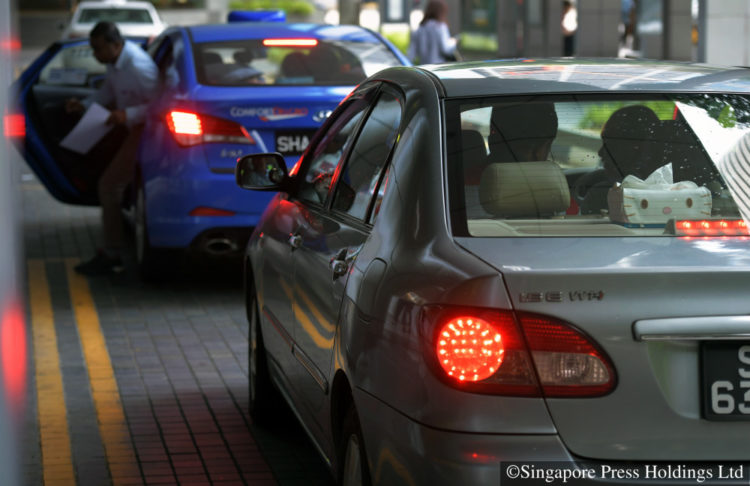 The Competition Commission of Singapore (CCS) is expected to decide by the end of the month whether to approve an alliance between two of Singapore’s largest ride providers – ComfortDelGro and Uber.

The CCS is doing a second round of feedback gathering on the impact of ComfortDelGro’s proposed 51 percent acquisition of Uber-owned Lion City Holdings. If there are concerns, the commission will go into its second phase of deliberations, which will be more extensive, and likely to take longer to complete.

Other than directly owning 14,000 private-hire cars through Lion City, it is not known how extensively Uber has tied up with rental firms which supply the remaining 36,000 cars to drivers.

The American group’s hold on the private-hire market, vis-a-vis Grab’s, is thus unclear. But it is clear that a ComfortDelGro-Uber tie-up will tilt the balance in favour of the two groups. It will thus erode competition – something that is potentially undesirable to both drivers and commuters in the long run.

The pair is already launching UberFlash, a ride-hailing app which offers cabbies potentially higher earnings with dynamic fares. During low-demand hours, fares are likely to be slightly lower than current taxi fares. But when demand is high – say, on rainy days, the morning rush hour or when trains break down – fares can surge three times higher.

“If such abuses are not stopped, potential competitors will not be able to enter the market or grow in size, industries will be less competitive and customers will lose out eventually,” the CCS said on its website. It makes it clear that being dominant, by itself, is not anti-competitive. But the potential for abuse exists.

For example, a dominant supermarket chain, upon learning that a rival is eyeing a recently vacant property, could offer the landlord much higher rental to keep competition out. Or a leading motor insurer might cultivate a network of workshops to reject vehicles covered by other insurers.

Even before the proposed alliance with Uber, ComfortDelGro already had around 60 percent share of the taxi market, according to fleet size. The other taxi operators – in the earlier years, essentially only SMRT and a small fragmented fleet of owner-operators – could not compete with Comfort in any effective way. It will dwarf them all again, if it joins hands with Uber.