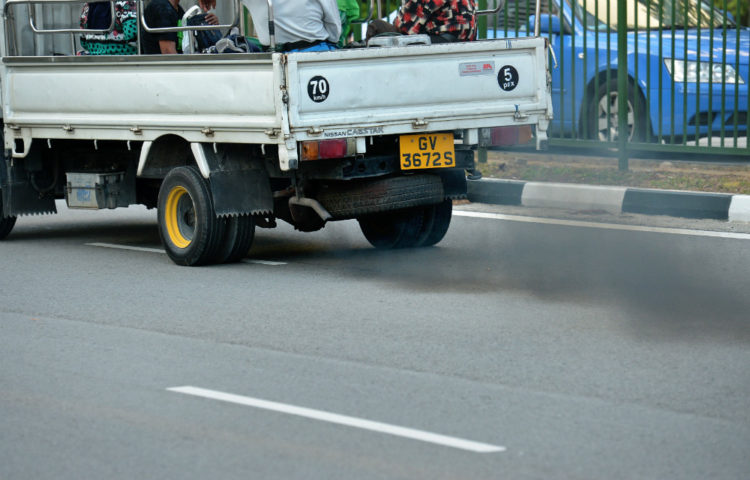 A lorry emitting black smoke as it accelerates along Jurong West Street 51.

It is a scheme that is part of Singapore’s ongoing efforts to improve air quality. Here’s a guide on what the scheme is about and how it could affect you:

WHAT IS THE VES?
It replaces the Carbon Emissions-based Vehicle Scheme (CEVS), which calculates tax rebates or surcharges for new cars based on the amount of carbon dioxide (CO2) they produce.

The amount of rebate or surcharge is determined by the worst-performing of the five emissions. But for the first six months, particulate matter will not be measured. This is to allow the industry more time to adjust.

FROM JULY 1, PARTICULATE MATTER WILL BE INCLUDED IN THE MIX. WHY IS THE VES NECESSARY?
Many cars which have low CO2 emissions – such as diesels – actually produce a lot more of the other noxious pollutants. The VES aims to strike a balance between keeping CO2 emissions in check as they contribute to global warming, and protecting human health from the other pollutants.

HOW WILL THE VES AFFECT MY CAR?
Existing cars on the road will not be affected. The VES affects cars which are to be registered here from Jan 1. What are the rebates and surcharges?

WILL CAR PRICES RISE?
Not necessarily. This is because competition among dealers will be keen and buyers will have a range of choices.

Buyers will veer towards cleaner models, forcing car dealers to bring in models which are cleaner all round. A number of models will continue to enjoy rebates, including many parallel imports and at least one diesel model. A range of electric cars – which are likely to qualify for $20,000 rebate – will also be available from next year.

Hence dealers are unlikely to risk losing market share by passing on all tax increases to the consumers. They will forego some profit margin and are less likely to bid as high as they used to for Certificates of Entitlement (COEs). So the eventual selling price of a car is unlikely to vary vastly from now.

In fact, some cars should become less expensive. These would be luxury performance cars which currently attract a $30,000 surcharge under the CEVS. Under the VES, they face a maximum penalty of $20,000 – $10,000 less.

HOW CAN A CONSUMER MAKE AN INFORMED DECISION ON WHICH CAR TO BUY?
Every new car will have to display a VES label, which lists its fuel consumption figure and VES banding. The Land Transport Authority’s Fuel Cost Calculator will also go “live” on Jan 1. Car owners can use it to get an idea of a car’s banding, since there is usually a positive correlation between fuel economy and emission banding.

The Fuel Cost Calculator can be found here.