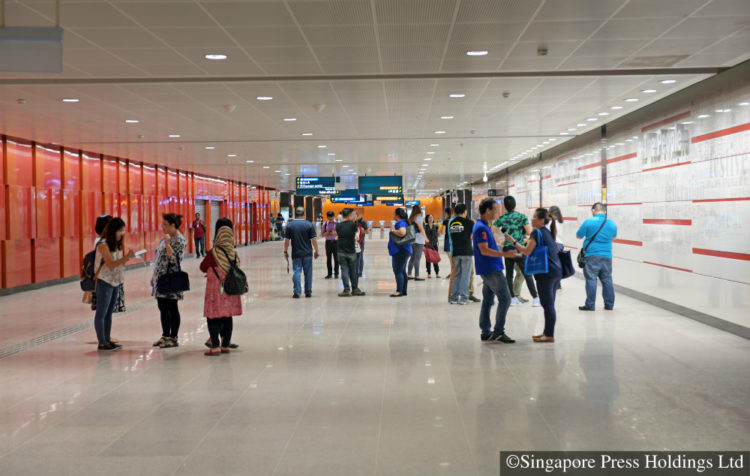 When commuters peer at the locality map at MRT stations, they can be thrown off by the northerly orientation of the map, as it may not align with where they are standing.

This will not be the case at the 34 Downtown Line (DTL) stations, where these maps – which also indicate the station exits and surrounding geography – are oriented relative to where the commuter is standing, making it more intuitive and less confusing.

It is among several firsts set by Singapore’s latest MRT line in ensuring that commuters have a breezier time at the stations.

Paying more attention to such details is part of the growing adoption of “design thinking” by the Land Transport Authority (LTA).

This concept goes beyond merely planning and building a new rail line, and strives to better meet the needs of commuters.

LTA’s deputy group director for infrastructure design and engineering, Ms Choo Chai Foong, said: “By understanding the commuter’s problem and wish list from his or her perspective, we can design a more lovable station.” 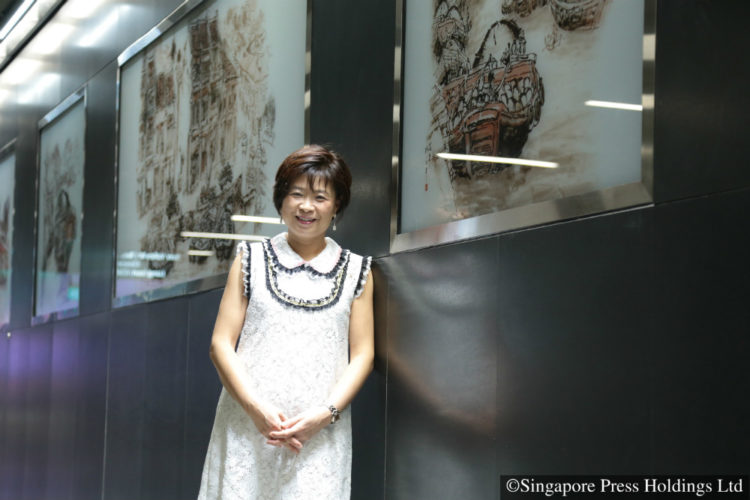 To help commuters enter and exit easily, for example, the DTL stations – except for Telok Ayer station – have lifts at every entrance. Due to space constraints, only one of the three entrances at Telok Ayer has a lift and barrier-free access.

Some of the improvements that emerged from the DTL design process will be rolled out to existing stations too.

For instance, LTA plans to progressively redesign the locality maps for the rest of the stations on other lines.

While design thinking has been more prominently featured as the LTA expands the rail network, the process was thoroughly used for the first time for the future Punggol Coast station, which will open by 2023 as part of the North-East Line extension.

Ms Choo said: “This included interviewing commuters (and) doing a prototype to get views on the facilities we are putting on the (station) site.”

Taking in this feedback, the Punggol Coast station was designed to have more open public spaces for interaction and meet-ups, rather than being just a transitional place.

Ms Choo said this will fit in with the future developments around the station, such as a new Singapore Institute of Technology campus and a creative industry cluster.

“The LTA does much more than just plan, design and build the stations… We want commuters to ‘own’ the station,” she said.