Autonomous cars may only cause more congestion | Torque
Loading posts... 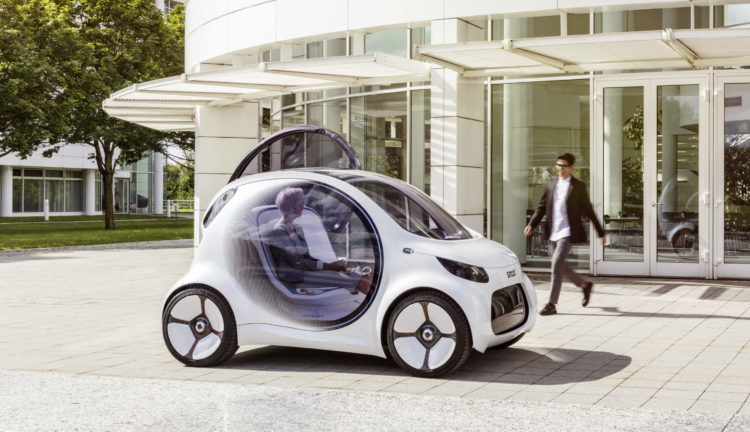 Unless you’ve been living under a rock, you’ve probably heard that autonomous cars are going to be one of the solutions to traffic congestion.

Because software is almost perfect whereas humans are far from perfect, we can expect autonomous cars to drive at consistent speeds, have near-perfect (if not perfect) situational awareness and never get into an accident.

And while these driverless vehicles do the chauffeuring, we’ll be free to get a head start on our work by clearing our e-mail or doing a bit of research before we reach the office.

Or better still, we can spend the journey catching up on some much-needed sleep.

From a non-enthusiast’s standpoint, the motoring future sure sounds utopian.

However, I am not convinced that autonomous vehicles can solve the problem of congestion. In fact, just like our consulting editor, I am of the opinion that these driverless wonders could actually worsen the situation.

Before we proceed, let us first assume that the COE system remains the same, even after autonomous cars have totally replaced non-autonomous ones. Let us also assume that taxi firms and private-hire services are utilising these driverless cars, too, and that their fares haven’t increased.

Therefore, those who can afford to will continue buying cars. It wouldn’t be a stretch to imagine that the better-off will also buy cars for their kids who are old enough or knowledgeable enough to use smartphones. Without the need for chauffeurs, these kids would be able to tell their cars to send them to school, etc.

These kids, who may or may not be enthusiasts, will view the car as a high-tech gadget. The end result will be more trips per person, per car.

For those who cannot afford their own autonomous cars, the next best things are driverless taxis and private-hire cars. Like your own car, these vehicles will enable convenient point-t0-point transport without the hassle of parking or having to converse with a human driver.

Again, this will lead to more people doing more trips per car.

I’m pretty sure that there will still be commuters taking trains and buses. However, the massive appeal of a car lies in the fact that it offers you your own private space on the road in our crowded little island.

That private space is preferable to squeezing yourself onto a packed bus or train, where you risk having to inhale ungodly odours and/or be pressed against sweaty bodies. Not having to listen to someone else’s music or conversation is a bonus, too.

If you still think that autonomous cars will lead to more car-sharing and fewer or no traffic jams, you might be forgetting that cars in Singapore are also seen by many as status symbols.

Till today, owning a car is still considered a yardstick for success. The price of a car is still directly proportional to how far in life its owner has come.

If autonomous cars are to help reduce traffic jams, they must be part of a holistic transport solution, one wherein every commuter tries to reduce the number of trips made per car and per person.