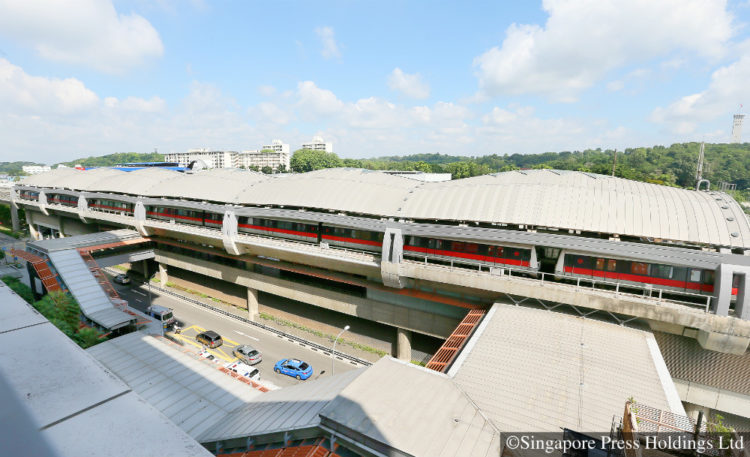 Compatibility issues with the old and new signalling systems resulted in a collision at Joo Koon MRT station in November 2017.

In an unprecedented move to iron out any kinks in the East-West Line’s new signalling system, it will be tested out in a simulation facility here, before it is rolled out into passenger service by the middle of next year.

This is in the wake of an MRT collision last month, caused by compatibility issues between the system that is currently being installed and an older 30-year-old system.

The simulation facility, which is being set up by French vendor Thales, will be the company’s first of its kind outside Paris and Toronto where it is based, the Land Transport Authority (LTA) said on Monday (Dec 18), as it released its investigation findings into Nov 15’s accident.

The LTA said the findings were consistent with what it discovered during its initial inquiry, that there was a software logic issue with the new communications-based train control (CTBC) system “which was not configured to cater for the failure conditions that occurred on November 15”.

LTA said its investigation findings were corroborated with a report submitted by Thales, which has taken full responsibility for the accident. Further tests and analysis were also conducted by LTA, Thales and operator SMRT.

The LTA said that Thales’ simulation facility will help strengthen testing processes, allowing additional tests “tailored to the environmental and infrastructural conditions of the rail network in Singapore” to be performed.

“The facility will also enhance our ability to test solutions for CBTC issues in a controlled setting without affecting train services,” the LTA added.

The facility will be established in two phases: The first, to be completed by the first half of next year, will be before the CBTC is fully launched on the East-West Line, while the second phase, by the end of next year, will further strengthen the centre’s testing capabilities.

In its report, the LTA said that a slew of remedial actions have been taken following the accident. This includes separating the sections of the East-West Line that run on the CBTC and the old fixed-block system since Nov 20, as a precautionary measure, until next June.

The CBTC system – which allows trains to arrive at shorter intervals of up to 100 seconds instead of 120 seconds – is operational on the Tuas West Extension (TWE), a four-station, 7.5km segment which opened in June.

Before the separation, a switch-over between the old and new signalling systems would be made as trains transited between the TWE and the rest of the East-West Line.

With the delinking, westbound commuters now have to get off the train at Joo Koon MRT station, transfer onto a bus, and re-board the train at Gul Circle, the first stop on the extension.

LTA said that Thales has also completed modification works for a circuit at a track point, which was incompatible with the CBTC. This incompatibility resulted in the removal of a train’s protective “bubble” – which acts as an invisible barrier in the signalling system to prevent trains from colliding.

Thales is also fixing the software logic of the CBTC system, so that the “bubbles” will not be inadvertently removed in the future, the LTA added.

On Nov 15, a glitch in a train’s onboard CBTC equipment resulted in its protective “bubble” being removed. A second “bubble”, which was then applied, was also disabled, when the train passed by the incompatible track circuit near Clementi.

This made the train undetectable to other trains. When it was about to move off from Joo Koon MRT station after all passengers were left off due to the fault, a second train carrying 517 passengers rear-ended it.

Assistant Professor Andrew Ng, of the Singapore Institute of Technology’s engineering cluster, said the simulation facility will improve the robustness of the new CBTC system. “It will allow any unforeseen events to be predicted, and measures to be implemented before problems happen,” he added.

Prof Ng said various scenarios can be tested, such as the re-scheduling of trains’ time tables due to a delay. “This will optimise the movements and launching of trains,” he added.

While the simulations can be done overseas, Prof Ng said there is value in having the facility here, as the expertise of local rail engineers can be built up.