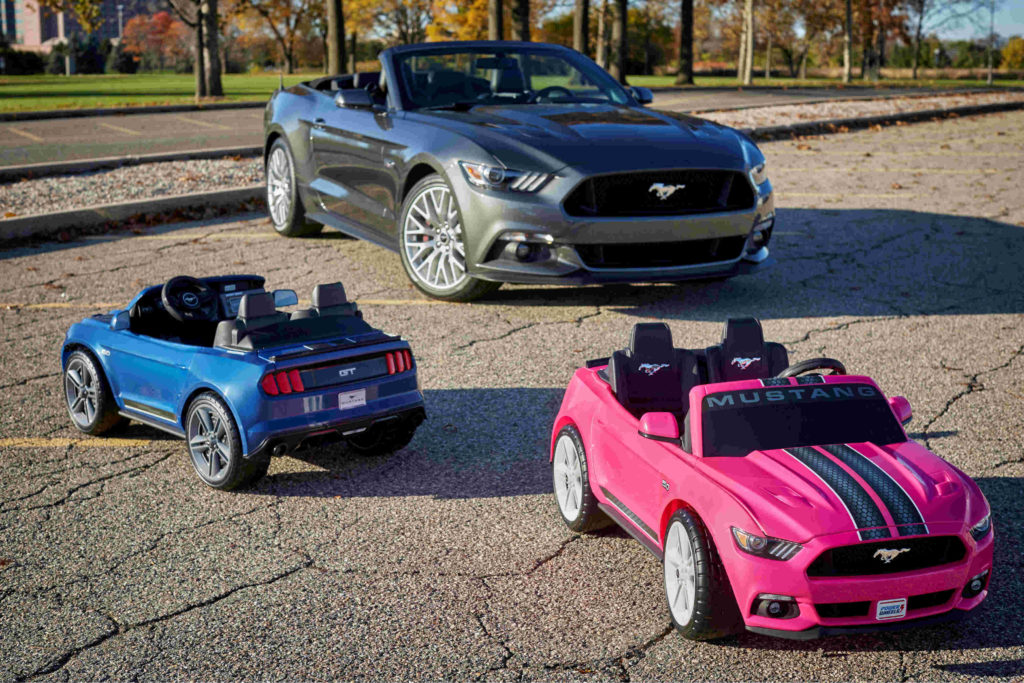 The officially licensed Smart Drive Mustang is designed to delight budding performance enthusiasts with original pony car-inspired looks and performance, and it’s packed with safety features sure to make parents happy, too.

Fisher-Price developed the scaled-down car, available in blue or pink, from real Ford design data. The result is an amazingly realistic Mustang – sized just for kids – that captures the spirit, style and high-tech features of the V8-powered Mustang GT their parents could drive.

“Mustang is one of our best-selling sports cars,” says Gary Collins, senior manager of design, Power Wheels. “For the Smart Drive Mustang, we wanted to amp up the realistic driving experience to make the feeling of getting behind the wheel even more thrilling for kids.” The Smart Drive system is new for Power Wheels vehicles.

At its core is the toy brand’s first computer-controlled powertrain, which opens up a world of features that make this Power Wheels Mustang a lot like the full-sized car.

Its “grownup” features are traction control (the computer can monitor for wheel slip and adjust motor speeds to help keep the car going over wet grass or bumpy terrain), stability monitoring (a tilt sensor can detect when the car is reaching dangerous angles, turning off the motors to prevent rollovers), and digital speed control and battery monitoring (a backlit LED touch interface allows parents to easily control top speed, from 1.6km/h mph to 8km/h, and check battery charge level).

The kiddie Mustang is also equipped with something called “slow start and stop”. Instead of a simple on/off behaviour, the toy car’s motors can now ramp speed up or down, for fast starts and short stopping distances.

Perhaps most fun of all is the built-in sound system, which features engine sounds recorded from a real Mustang, with the sound level rising and falling according to vehicle speed, just like a real car. An auxiliary input jack allows kids to play their own music on the biggest speaker ever installed in a Fisher-Price product.

Check out Lego’s Caterhams for children.