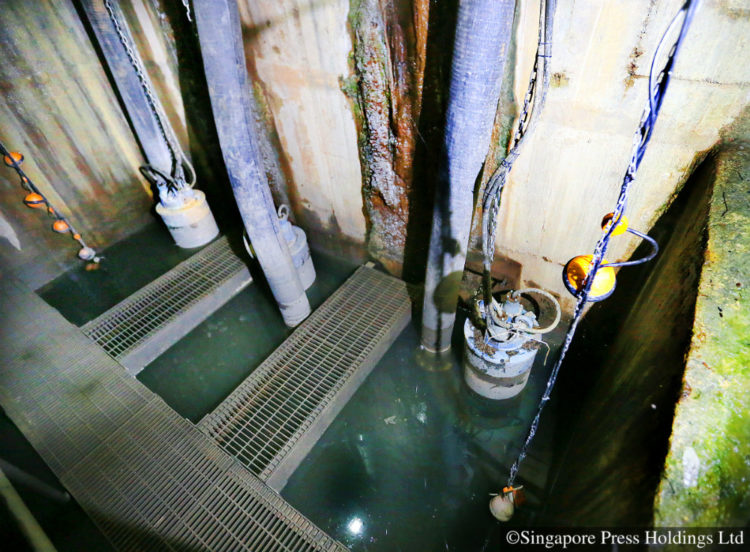 The new locations are above street level, so any rain water in those areas can drain off to ground level drains, unlike the situation in Bishan.

Rail operator SMRT will introduce flood-prevention measures at four other locations by April, in a move to avert a repeat of last October’s flood incident at Bishan MRT station.

This will take place at the tunnel portalsnear Lavender, Redhill, Kembangan and Expo stations on the East-West Line, its building and services director Siu Yow Wee said yesterday. The portals are where above-ground tracks go into underground tunnels.

The first station to get the new system was Bishan MRT station, where the Oct 7 incident led to the shutdown of a large section of the North-South Line for more than 14 hours. It affected about 231,000 commuters.

The shutdown was prompted by flooding in the tunnel between Bishan and Braddell stations due to the poor maintenance of an anti-flooding water pump system.

Mr Siu said that the new measures include adding more float switches and shifting pump control panels – used to manually activate the water pumps – to areas accessible to maintenance staff even when trains are in service.

The number of float switches – which activate the rain water pumps when water levels rise too high – was increased from five to eight at the Bishan storm water reservoir.

SMRT paid about $2 million for these and other repair works following October’s flooding incident.

With the relocation of the pump control panels, staff can reach them faster. They would previously have to access the track to use the panels, and this could take up to 20 minutes, Mr Siu said. 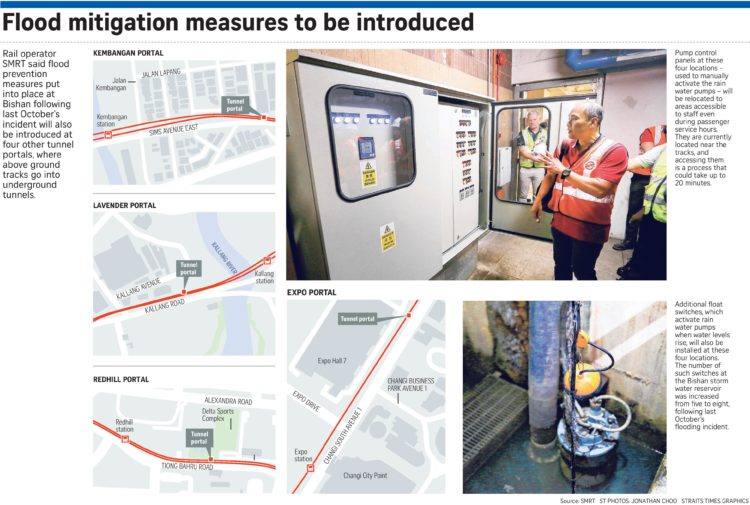 He also explained that the panel relocation was carried out at Bishan MRT station first because the situation at the four locations was not as critical.

As Bishan station is below street level, it is more prone to flooding.

But the four new locations are above street level, so any rain water can drain off to ground-level drains, unlike in Bishan.

These include outsourcing the maintenance of water pumps to the system’s manufacturer, water technology provider Xylem.

The move leaves SMRT to take on a supervisory role.

“With the October incident, we found there was a need to enhance our system to make it more robust,” said Mr Siu.

He added that measures introduced at Bishan station include installing two radar sensors, which can measure water levels and send SMS alerts to staff during emergency situations.

The flood-prevention efforts are part of SMRT’s overall rail maintenance and upgrading efforts, he said. These include resignalling of the North-South and East-West lines to ensure commuters experience better journeys.

“We are committed to do this, but we need time,” he added.