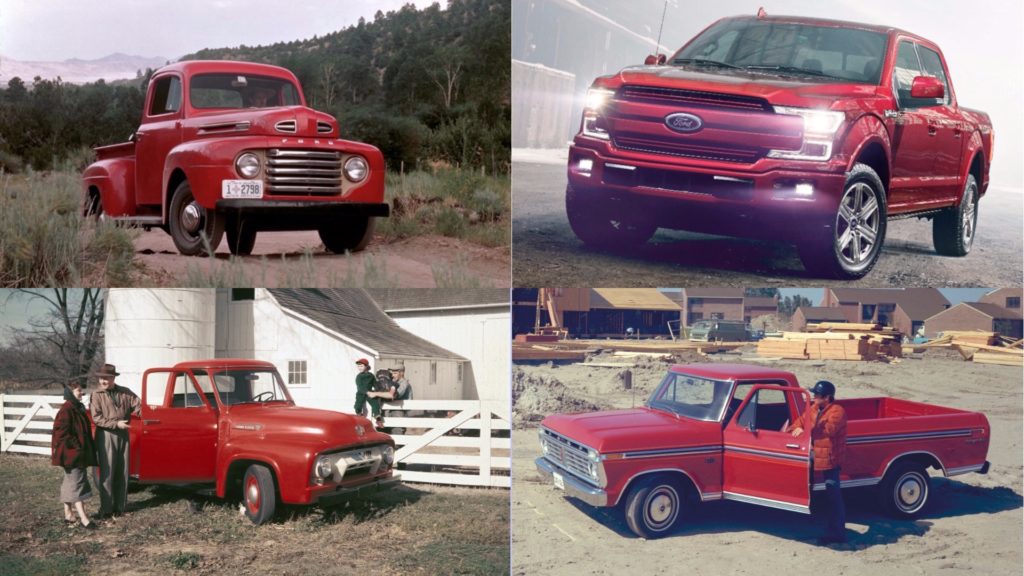 One hundred years ago in 1917, Ford introduced its first purpose-built truck, the 1917 Ford Model TT, forever changing the auto industry and the very nature of work itself.

Throughout this rich history, Ford has worked continuously to improve its trucks by listening to truck owners and developing new innovations that improve their ability to get the job done. These innovations give today’s Ford truck owners greater towing and hauling capability, advanced engines for improved efficiency, and driver-assist technologies that make truckin’ easier and more convenient.

Nine years after the first Model T, Ford customers started asking for a vehicle that could haul heavier loads and provide greater utility for work and deliveries. On 27 July 1917, Ford responded with the Model TT, which retained the Model T cab and engine. The Model TT came with a heavier-duty frame capable of carrying one ton of payload. The factory price was $600, and 209 units were sold that year.

Similar to the Fordson tractor introduced in 1917, Henry Ford envisioned a chassis that could accommodate third-party beds, cargo areas and other add-ons to deliver the increased functionality needed to get work done. It was a formula for success. By 1928, Ford had sold 1.3 million Model TTs before replacing the truck with the more capable Model AA with a 1.5-ton chassis.

Like the Model TT, the Model AA was available exclusively as a chassis cab offered in two lengths, with new powertrain and axle options for greater capacity. To stay ahead in what had become a hotly competitive business, Ford replaced the Model AA with the even more capable Model BB in 1933. Many were outfitted as mail and freight vehicles, ambulances and stake trucks. Two years later, Ford introduced the 1935 Model 50 pickup, powered exclusively by its famous Flathead V8 engine.

By 1941, Ford had sold more than four million trucks. Changing over to war production resulted in the loss of consumer sales, but a gain in experience building heavy-duty military truck chassis and four-wheel-drive personnel carriers. A year after consumer production resumed in 1947, Ford leveraged that knowledge to provide even more innovations for its truck customers.

Ford’s first-generation F-Series covered Classes 2 through 7 capacities – from the half-ton F-1 to the much larger F-8 cab-over truck. With the arrival of the second-generation F-Series in 1953, Ford increased engine power and capacity, and rebranded the series.

Then, in 1957, Ford tested out a car-based truck – the Falcon Ranchero. Marketed as “More than a car! More than a truck!,” this light-duty truck brought car-like amenities to consumers.

In 1961, 44 years after the Model TT,  Ford introduced its fourth-generation F-Series. The company’s revolutionary twin I-beam front suspension debuted in 1965. An upscale Ranger package appeared in 1967.

With the arrival of the sixth-generation F-Series in 1975, Ford dropped the popular F-100, replacing it with a higher-capacity F-150 pickup to combat the C/K trucks from General Motors. By 1977, F-Series pulled ahead in the sales race, and 26 million trucks later, Ford hasn’t looked back.

That same year, a copywriter for a Ford truck magazine is said to have written three simple words that would come to define the brand: Built Ford Tough. It is more than a slogan – it’s the F-Series brand promise to its owners and the mantra for Ford’s entire truck team.

Trucks were fast becoming universal family vehicles, in addition to being work trucks, according to Kreipke. Instead of renting a truck for a big job or for towing, people now had ones they could use for work during the week, then hitch a trailer to and haul the family in for weekend getaways. Ford trucks were adapting to the changing, more active American lifestyle.

Ford reset the benchmark again in 1998 with the introduction of the F-Series Super Duty. Engineered for fleet and heavy-duty work use, the Super Duty – from the F-250 all the way up to the F-750 – more clearly defined Ford trucks for a growing base of commercial applications.

Ford is credited with putting the world on wheels, and Ford trucks helped build America. Ford trucks carried the loads, the people and the products necessary to get the job done. 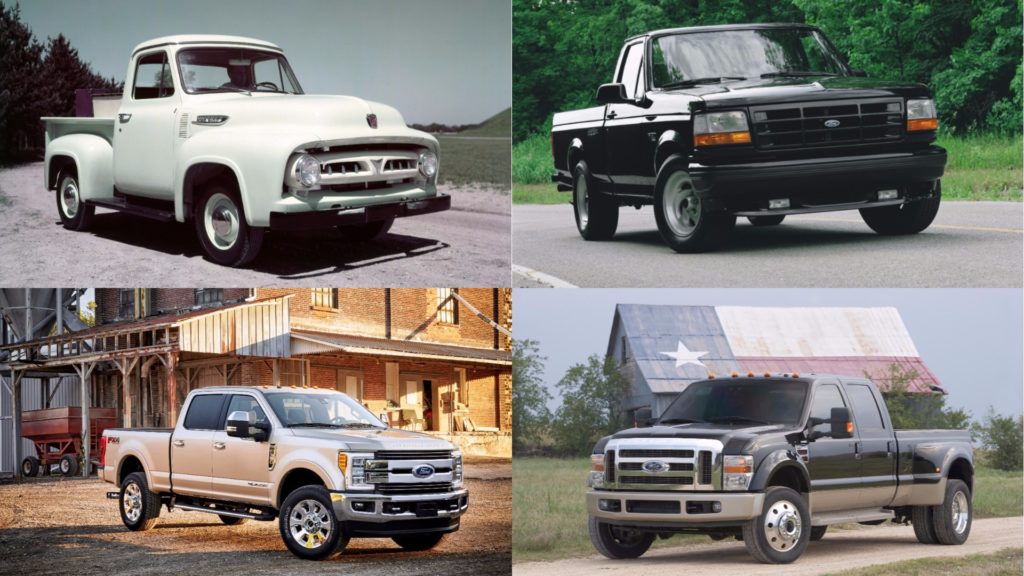