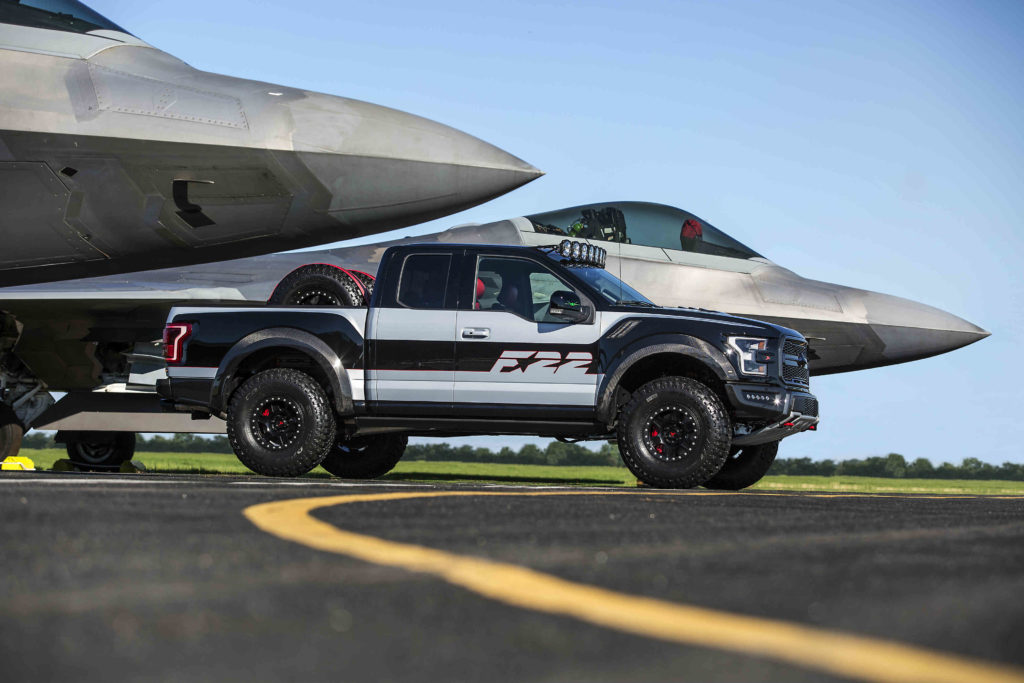 Made for auction at AirVenture Oshkosh, the one-of-a-kind truck fetched US$300,000 for the Experimental Aircraft Association Gathering of Eagles – an organisation and an event committed to aviation and encouraging youth involvement in flight.

The F-22 F-150 Raptor was purchased by Gary Ackerman of Gaudin Ford in Las Vegas, Nevada. The vehicle has found the perfect home, because Ackerman serves as Honorary Commander/Ambassador for the USAF F-22 Squadron at Nellis Airforce Base in Nevada.

The F-150 Raptor is the ultimate high-performance off-road truck – the toughest, smartest, most capable Raptor ever. Delivering 450 horsepower and 691Nm of torque, the Raptor’s exclusive Terrain Management System gives it superior agility.

Ford designer Nicole Rush and the Ford design fabrication team headed up interior enhancements. With the loftiest of expectations for unrivalled care and precision, building the F-22 F-150 Raptor was entrusted to Brad and Doug DeBerti at internationally renowned DeBerti Design. Betancourt says Ford could not have asked for a more purposeful execution of its vision than what the DeBerti team accomplished. 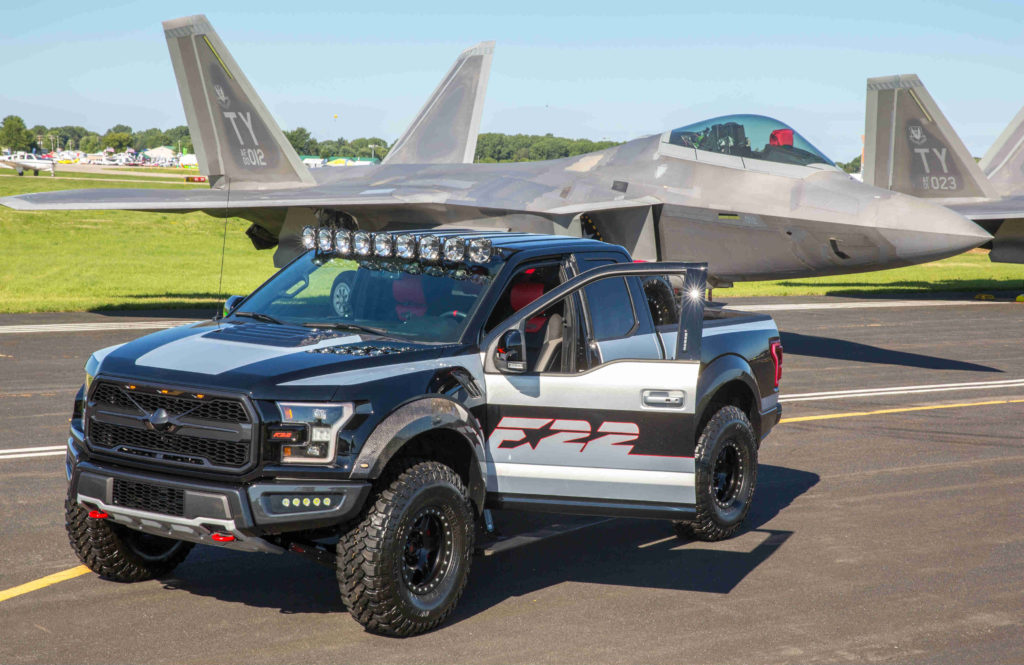 Check out the Nissan Rogue crossed with an X-wing starfighter.