Formal inquiry needed to get to the bottom of SMRT's issues | Torque
Loading posts...
0 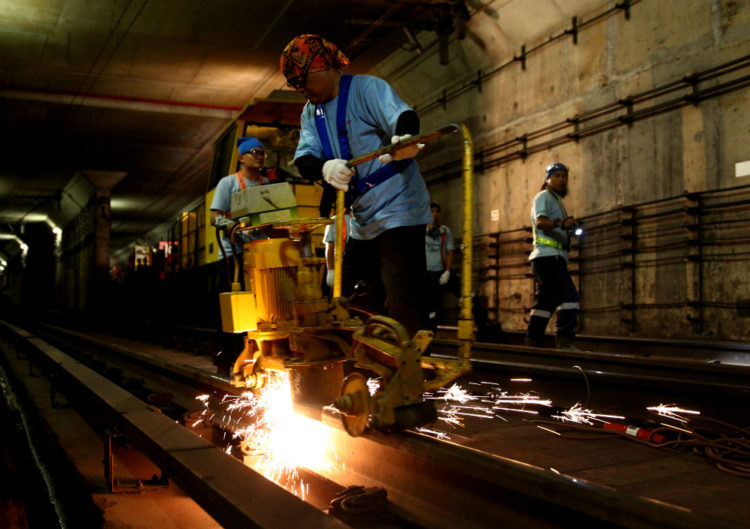 Workers doing maintenance work on a rail track. Lapses happen in life – but it is quite another thing if workers wilfully breach standard operating procedures, as is suspected of the team in charge of maintaining the flood prevention system at Bishan depot.

Lapses happen. In a big organisation like SMRT, which has some 10,000 employees, it is understandable that mistakes occur.

But it is quite another thing if workers wilfully breach standard operating procedures, as is suspected of the team in charge of maintaining the flood prevention system at Bishan depot.

One burning question is how did they get away with something as blatant as that – not once, but multiple times. The next is why did they do it?

Is this serial disregard for safety what SMRT’s chief executive Desmond Kuek meant by the operator having “deep-seated cultural issues”?

When Mr Kuek first used those words, they came across as an honest assessment when, freshly minted as chief executive five years ago, he faced his first corporate crisis in the form of a bus-driver strike.

But as he repeated almost the very same words two weeks ago, at a press conference on the tunnel-flooding incident which shocked the public, they underscore the seriousness of the rot within.

Even though Mr Kuek stressed that the problem was only with one in 10 employees, where those employees are and what they do can have far-reaching consequences for SMRT.

The tunnel-flooding incident demonstrated that. As did the track fatalities at Pasir Ris station.

And the fact that Mr Kuek and his team have not been able to address this problem after five years suggests that the 10 percent or 1000 workers within are elusive at best. That is no comfort to the commuting public.

What commuters want to know now is whether other parts of the system – be they signalling, tracks or rolling stock – are exposed to the same risks.

The Land Transport Authority (LTA) as regulator – or perhaps another ministerial body altogether – must do a proper audit to see how far up the totem pole this problem goes. Does it stop at mid-level managers, or does it go higher up?

In a world shaken by recent scandals such as Volkswagen’s systemic emission-cheating case, Kobe Steel’s falsifying of material test results and Takata’s bid to sweep fatal airbag flaws under the carpet, it is clear motives to mislead are not necessarily confined to the lowest denominator within an organisation.

For the litany of rail woes we have been experiencing since 2011, there had certainly been no sign of attempts to mislead. Until now.

Which is why a formal and thorough investigation is not uncalled for in this instance.

The flooding of an MRT tunnel is no trivial matter. The incident on Oct 7 could easily have turned nasty. It is not hard to imagine a packed train stranded in such a situation, with the on-board electricals disabled by water, and commuters panicking in the dark and increasingly stuffy carriages as water starts seeping in.

It is commendable that SMRT was swift in uncovering the maintenance team’s apparent conscious attempts to mislead.

But it is not enough. We need to know exactly what prompted those employees to do what they purportedly did, how they managed to go unchecked for so long, and how widespread (or not) their practices are.

To say something like this shakes public confidence would be putting it mildly, especially when it has happened despite a long and costly public inquiry which drilled down to the inadequacies of both SMRT and the LTA, and spelt out what needed to be done to avoid the twin breakdowns of December 2011.

It was precisely those breakdowns that led to Mr Kuek, a former army general, being chosen to helm the transport operator.

The final questions then must be, what exactly are those issues and why can’t they be eradicated?