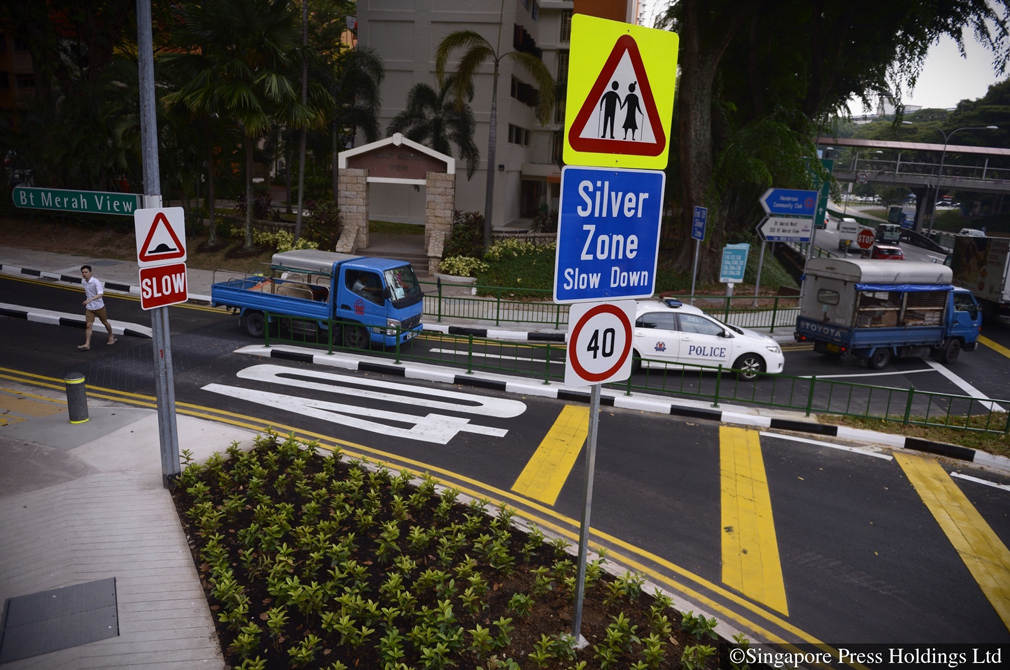 Penalties will be increased for driving offences in Silver Zones and School Zones from 1 July 2021 onwards.

In addition, the composition fines for these specified offences committed in Silver Zones will be raised by $100. These penalties will also apply to motorists caught driving irresponsibly in School Zones.

These new regulations, which were announced by the Ministry of Home Affairs (MHA), are aimed at protecting the elderly by strengthening deterrence against irresponsible driving.

Silver Zones were implemented by the Land Transport Authority (LTA) at residential areas with higher elderly populations. The Zones typically have a reduced speed limit of 40km/h, along with traffic-calming and senior-friendly road safety features.

Notwithstanding the current measures, the number of traffic accidents resulting in elderly pedestrian casualties has increased in recent years, from 223 in 2015 to 317 in 2019.

While jaywalking by elderly pedestrians contributed to some of these accidents, many accidents also arise from irresponsible driving behaviour on the motorist’s part, such as failing to slow down when approaching a pedestrian crossing.

Motorists who fail to slow down or give way when approaching pedestrian crossings such as signalised junctions in Silver Zones or School Zones will be liable for higher demerit points and composition fines.

Offences such as speeding and driving against the flow of traffic endanger the safety of road users. Click here to see the list of specified offences.

For example, running a red light is 12 demerit points outside a Silver or School Zone. But a motorist caught committing the same offence in either Zone will incur 14 demerit points instead.

MHA will also raise composition fines for these specified traffic offences committed in Silver Zones and School Zones by $100.

As the maximum court fine for all 12-demerit points offences is $1,000 for first-time offenders, the maximum composition fine for 12-demerit point traffic offences (i.e. speeding, red light running and using mobile communicative devices while driving) committed in Silver Zones and School Zones by heavy vehicle drivers is capped at $500 and cannot be increased any further.

MHA will monitor the accident rates for heavy vehicles in Silver Zones and School Zones, and review the cap on composition fines if necessary.