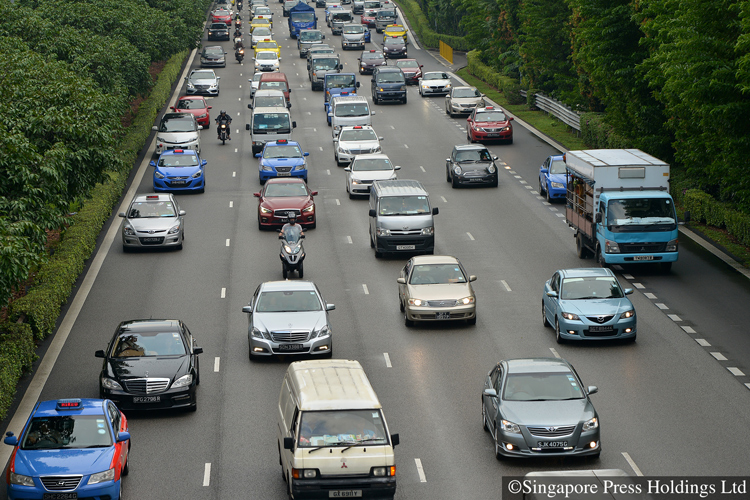 Road safety in Singapore in 2019 was better than 2018, but the situation is still not ideal.

The number of fatal accidents and road deaths have dropped to a record low since records began in 1981. But Traffic Police Commander Gerald Lim said more can be done.

“We are doing well,” he said at the release of the Annual Road Traffic Situation 2019 report at the Road Safety Community Park on Monday (Feb 10).

“But a lot more has to be done in terms of elderly pedestrians and motorcyclists.”

Last year also saw a 14 percent fall in drink-driving accidents – 153, compared with 178 in the previous year.

It is “too early to tell” whether the amended Road Traffic Act, which came into effect on November 2019 and carries heavier penalties, in any way improved the drink-driving figures, said SAC Lim.

While the overall the road traffic situation for 2019 had improved, SAC Lim said the figures were “still not rosy – particularly with regards to the elderly and motorcyclists.

Measures would also be stepped up against speeding-related and red-light running offenders.

Elderly pedestrians killed also increased by 12.5 per cent to 27 persons in 2019, from 24 persons in 2018. More than half of the fatal accidents were the result of jaywalking.

One of the new strategies being explored this year is to engage volunteers to reach out to senior citizens to raise road safety awareness. This will be done in association with the Lion Befrienders Service Association and NTUC Health Co-operative.

This is on top of road safety initiatives like Silver Zones and traffic police outreach programmes for senior citizens.

“(But) this takes time and even then, we might not cover everyone,” added SAC Lim. “Those living in private estates might not be covered fully. So, we have to find strategies to engage them.”

“I think the young also need to be educated (in road safety) because if not, the elderly see them doing it (jaywalking), they will follow without realising they are slower,” he said.

Another area of concern was motorcycle accidents, as riders comprised almost half of all traffic deaths last year.

The number of fatal accidents involving motorcyclists increased to 67 cases in 2019, from 65 cases in 2018.

Overall, accidents that resulted in injuries involving motorcyclists rose 1.9 per cent to 4444 cases last year, from 4361 cases in 2018.

SAC Lim said he believed riders on larger capacity motorcycles were “better and more mature”, while those on smaller motorcycles tend to get into accidents.

To combat the rising deaths and injuries suffered by motorcyclists, the traffic police will continue with engagement efforts like the annual Singapore Ride Safe Campaign.

The mandatory simulator training implemented in December last year will also be leveraged to encourage safer motoring practices and educate motorists on the causes of accidents.

At present, 240 cameras have been installed islandwide.

New for this year is a mobile game called the Road Safety Community Park (RSCP) race, which can be played via The Xplorer mobile app.

The interactive and virtual “race” takes a player on a self-guided tour of RSCP while quizzing participants on road safety along the route.

Can I appeal the summons from a red-light camera?