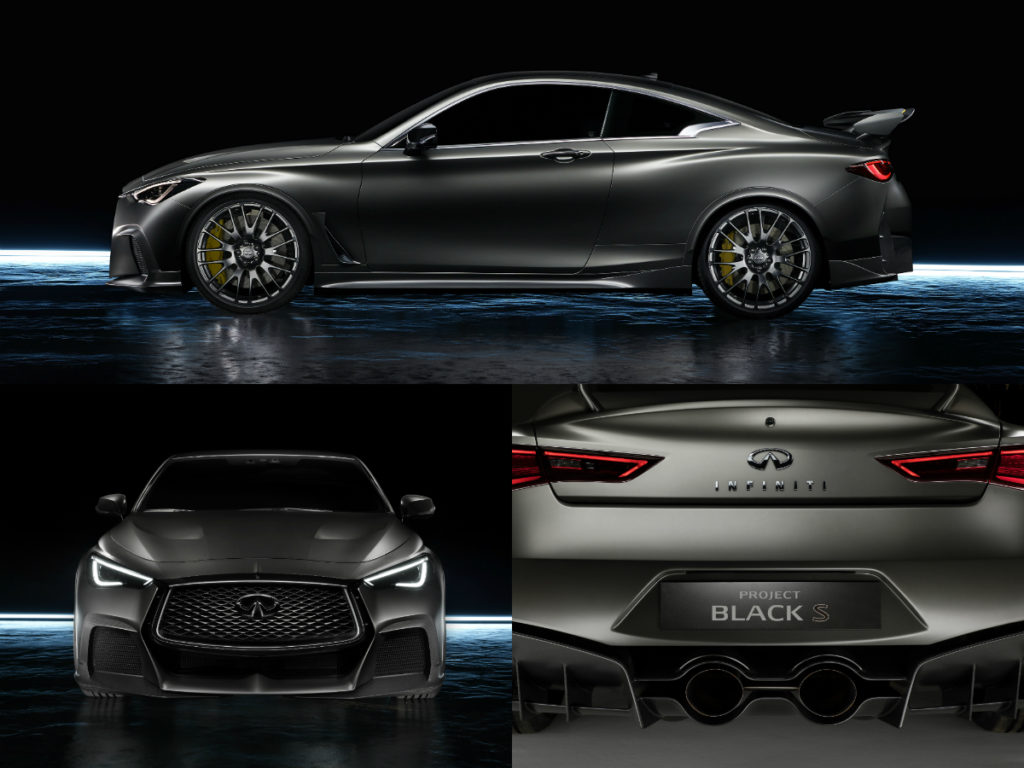 Suggesting a radical reinterpretation of the Infiniti Q60 coupe, the Project Black S features a stand-out, aerodynamically optimised new design. It also hints at how a performance hybrid powertrain, developed in close collaboration with the Renault Sport Formula One Team (check out the team’s R.S.17 racecar for the 2017 F1 championship), could significantly enhance the performance and dynamics of an Infiniti production car.

The performance hybrid powertrain being explored through Project Black S features an “energy recovery system” (ERS) to harvest energy, deploying recovered electric power to boost power and torque. The result is instant, significant, lag-free acceleration. Inspired by the dual-hybrid system proven in Formula One, the technology does not yet exist in a current road car.

A new “Black S” grade, showcased by the new concept, could represent the maximum level of performance and dynamic capability offered by the premium division of Nissan. The company believes there is potential for a “Black S” grade that offers progressive levels of product enhancement, including higher power and torque from innovative powertrains, uprated suspension systems and unique design elements.

The unveiling of the Project Black S concept at the 2017 Geneva Motor Show will help Infiniti to gauge potential interest in high-performance derivatives.

Project Black S is a collaborative venture between Infiniti and its Renault-Nissan Alliance partner, the Renault Sport Formula One Team, celebrating the relationship between the two.

After five years as a sponsor in Formula One, Infiniti made the move to become a technical partner in 2016. Drawing on the expertise gained developing hybrid technologies during this time, the company has supported the Renault Sport Formula One Team’s development of a dual-hybrid powertrain with an “energy recovery system” (ERS), contributing knowledge in hybrid technology and additional engineering resources.

This technical collaboration has enabled Infiniti to explore the potential for a road-going Formula One-inspired ERS system – a first for a production vehicle. With its multiple links to motorsport, Project Black S would be the Renault-Nissan Alliance’s first consumer-oriented Formula One-inspired car. Infiniti has also called upon the team’s high level of expertise in advanced composite materials to create the carbon fibre bodywork elements of the Project Black S. 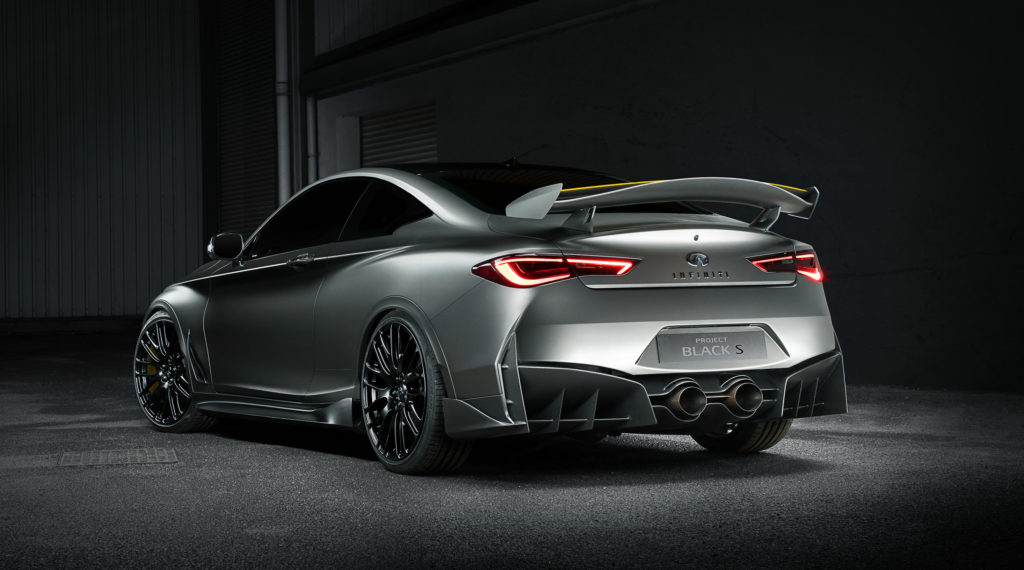 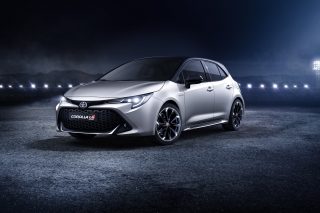 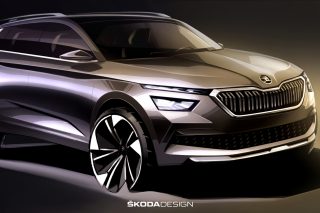