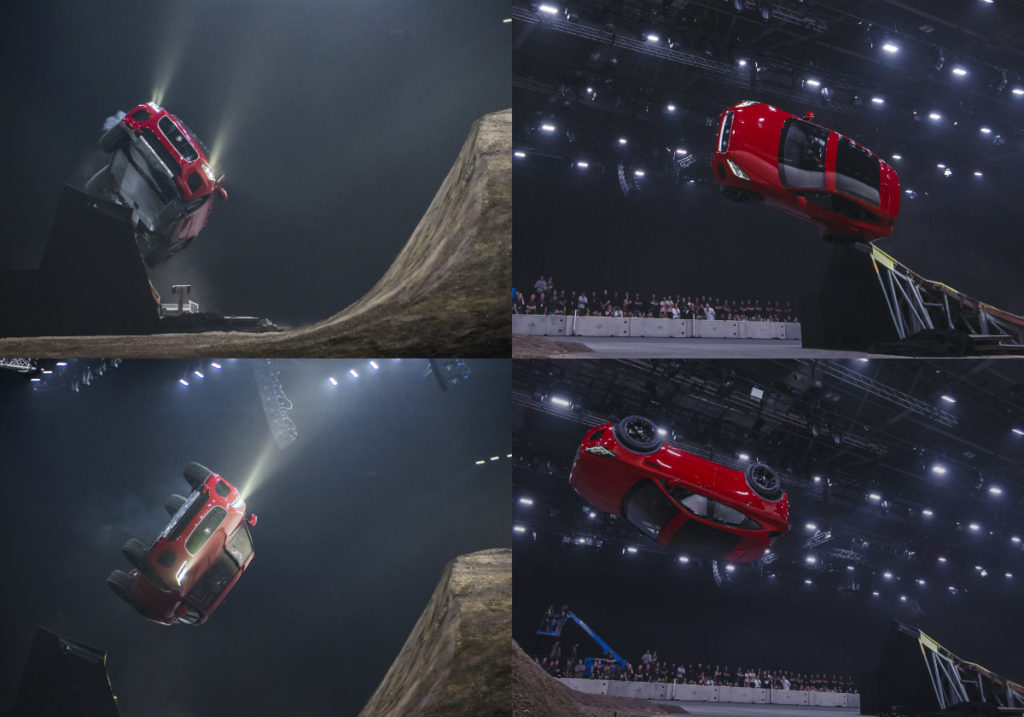 The new Jaguar E-Pace has set an official Guinness World Records title during its world premiere. The compact performance SUV leapt into the record books with a 15.3-metre-long jump complete with a 270-degree corkscrew-like “barrel roll”.

Demonstrating the agility, precision and performance of Jaguar’s newest SUV, the feat was the final test for E-Pace after 25 gruelling months of development work across four continents to ensure extreme durability and that it lived up to Jaguar’s Art of Performance philosophy.

The E-Pace is the newest member of Jaguar’s SUV family, joining the ground-breaking all-electric
I-Pace Concept and the Jaguar F-Pace, itself launched with a spectacular Guinness World Records-setting loop-the-loop in 2015.

The E-Pace completed its world record jump at ExCeL in London, one of only a handful of venues in the UK big enough to accommodate the 160-metre run-up and run-off vital for the 15-metre leap.

Behind the wheel was stunt driver Terry Grant, who has completed stunts on many film sets and holds an impressive 21 Guinness World Records titles.

Unsurprisingly, the barrel roll is not one to be tried at home. Months of testing and analysis were completed to fine-tune the stunt, including achieving precisely the correct speed of run-up. The ramps were modelled extensively using CAD before any jumps took place. Terry experienced a g-force of 5.5 during the 270-degree twist, and required a 160-metre run up to hit the air at the correct speed.

Terry Grant said: “As far as I am aware, no production car has ever cleanly completed a bona fide barrel roll and, therefore, it has always been an ambition of mine to perform one ever since I was a boy. After driving the Jaguar F-Pace in the record-breaking loop-the-loop, it has been amazing to help launch the next chapter of the Pace family in an even more dramatic dynamic feat.” 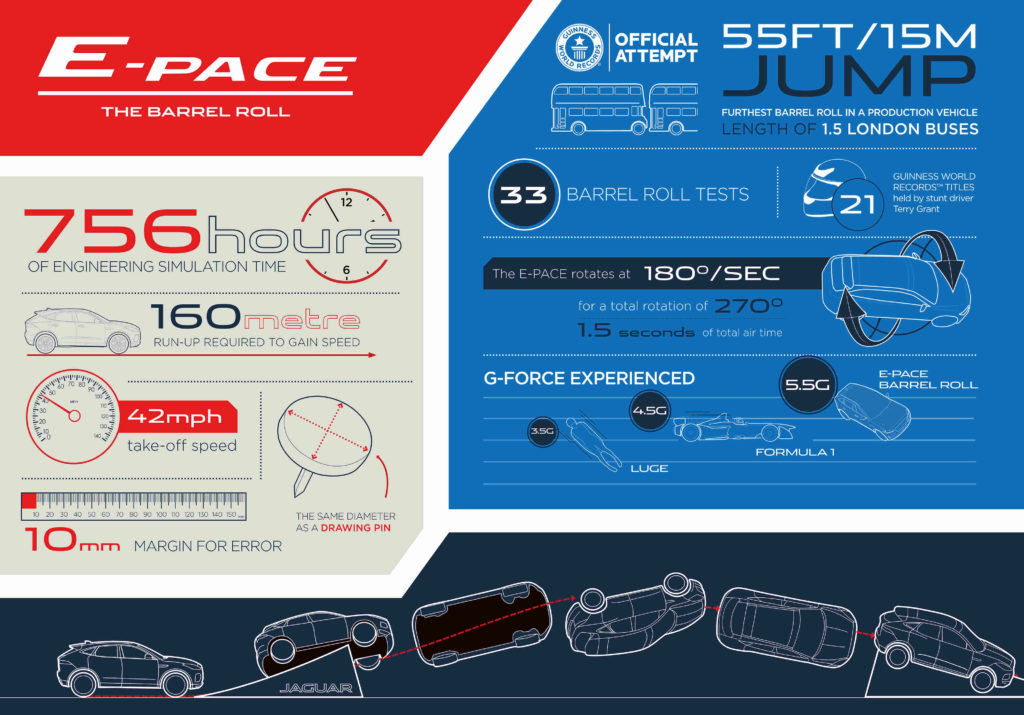