After only a couple of practice attempts, it was clear that Graham and the XF Sportbrake were more than up to the challenge. He went on to smash the target set by Guinness World Records by over 75km/h, achieving an average top speed of 188.29km/h at Jaguar Land Rover’s Arctic Revi Test Centre in Arjeplog, Sweden.

With temperatures of -28 deg C, it was set to be a real challenge for both Graham’s physical limits and the premium estate’s performance. The existing record stood at a fraction under 112km/h, but with the XF Sportbrake’s all-wheel-drive technology, Adaptive Surface Response (AdSR) and All Surface Progress Control, it comfortably hit the high speeds Graham required to set the record.

Jeremy Hicks, Jaguar Land Rover UK MD, said: “The XF Sportbrake’s superb traction, handling and high-speed stability made it the perfect choice for this speed record attempt. We’re extremely proud to have supported Graham in this incredible world-beating achievement. It’s this kind of trail-blazing activity that really tests our cars to their limits.” 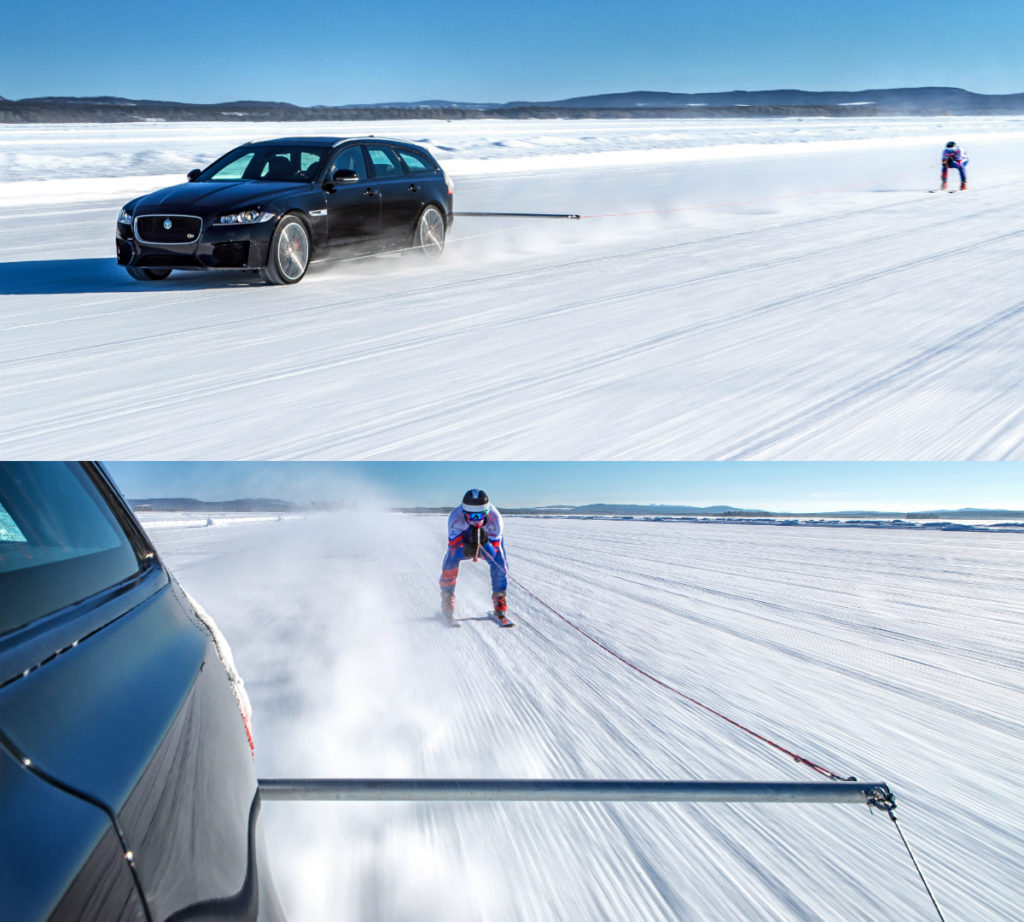 Read about the Guinness World Record set by the Jaguar E-Pace SUV.

Read about the Guinness World Record set by the Porsche Cayenne S Diesel.