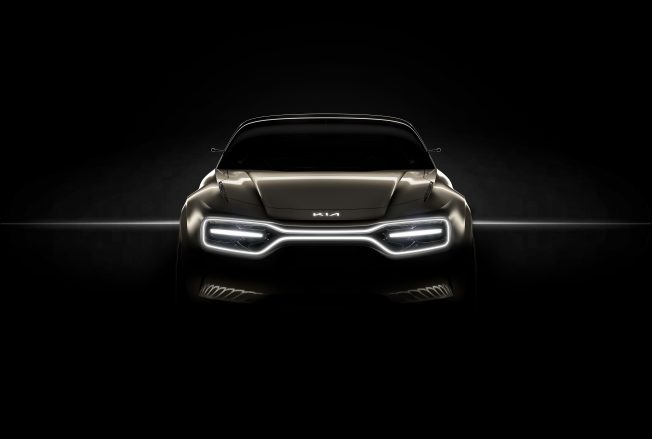 Bread-and-butter models may be Kia’s forte, but the Korean automaker is also pushing onwards to the next frontier of automotive tech: electrification.

Kia is teasing a new, all-electric concept car at the Geneva International Motor Show, and plans to unveil it on March 5.

Very little else was mentioned in the short press statement, with no details on power, battery capacity or range.

That could foreshadow future Kia designs having the entire nose illuminated as a DRL, instead of simply having them built into headlamp clusters.

Situated within either side of the lit ‘Tiger nose’ grille are slit-like LED headlamps, and the overall effect is one which is more cohesive and modern, one which takes Mr Schreyer’s design a step into the future.

“Automotive design is about capturing the heart and making it beat that bit faster for that bit longer – and we believe that there’s absolutely no reason why that should change simply because the car is electric,” said Kia Motors Europe’s vice-president of design Gregory Guillaume.

Mounted on both sides of the car, about one-third from the base of the A-pillar are what seem to be cameras, akin to the Audi e-tron’s cameras in place of side mirrors.

Look closer at the image and another interesting detail springs out: a new Kia logo.

A bolder, more stylised ‘Kia’ sits just below the bonnet shutline and atop the new grille.

It’s a far cry from the current Kia logo, which has been around for a long time and doesn’t quite fit into the automaker’s stylish range.

“We imagined designing an all-electric car that not only answered consumer concerns around range, performance, recharging networks and driving dynamism, but one that also gave you goose bumps when you looked at it, and made the hairs on the back of your neck stand up when you drove it,” said Mr Guillaume.

He added that the all-electric concept is designed to showcase the automaker’s “holistic and emotional” approach to electrification. 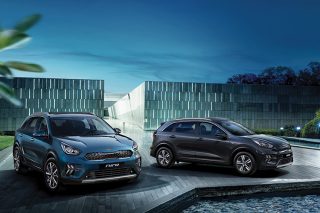 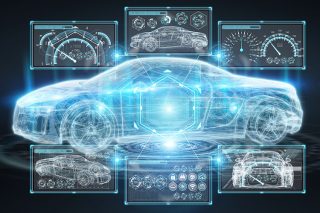