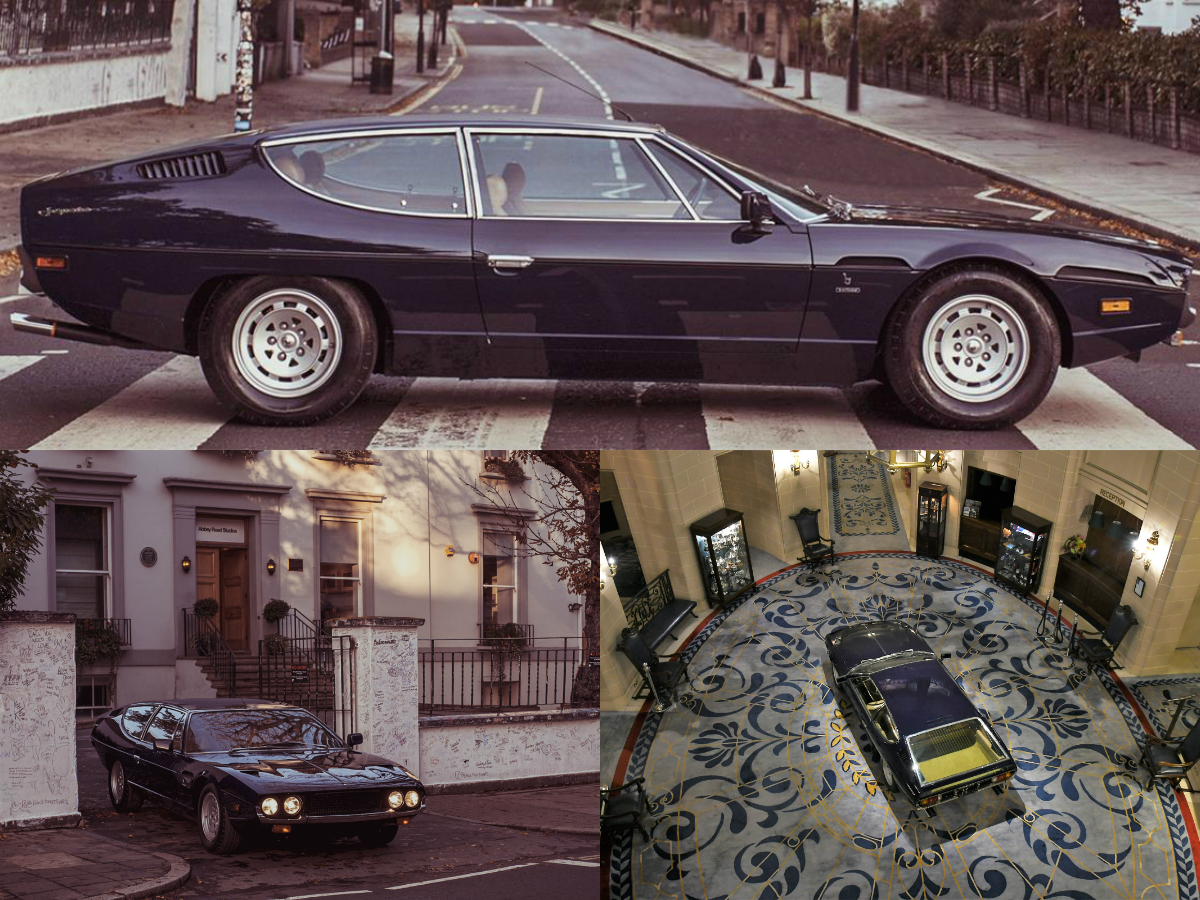 During celebrations for the 50th anniversary of the Espada model, Lamborghini took the 1976 Espada owned by the Lamborghini Museum on a tour to London’s Royal Automobile Club and Abbey Road.

During celebrations for the 50th anniversary of the Espada model, Lamborghini took the 1976 Espada owned by the Lamborghini Museum in Sant’Agata Bolognese on a tour to London.

First stop for the Series III, chassis #9090 Espada was the historic headquarters of the Royal Automobile Club (RAC) in Pall Mall, founded in 1897 and considered the cradle of English motoring. A 50th anniversary celebration dinner was organised by the RAC for its members and Lamborghini guests, with the Espada on view in the famous Rotunda, which is the club’s hall where the most important automobiles in history have been displayed.

From Pall Mall, the Espada then travelled to the legendary Abbey Road, where at number 3, in August 50 years ago, the Beatles recorded their timeless song Hey Jude at the famous Abbey Road Studios – a symbolic London site and one of the city’s most popular tourist destinations. In reference to the cover of the well-known Beatles’ album, the Espada was photographed on the pedestrian crossing situated right in front of the recording studio.

Espada became Lamborghini’s best-seller from 1968 to 1978. The Italian marque’s first series-production four-seater was designed and built by Carrozzeria Bertone, seats the whole family and takes all their luggage, effortlessly reaching a maximum speed of 250km/h. Depending on the version, the 4-litre 12-cylinder engine develops between 325hp and 350hp, and is liked equally for its sound and power.

The Espada’s characteristic lines are the fruit of a design by Marcello Gandini for Carrozzeria Bertone. It sits very low to the ground (standing at little less than 1.20 metres in height), but is nevertheless extremely spacious.

With 1226 units produced during its 10-year production run, and since 1974 also available with a Chrysler automatic 3-gear gearbox, the Espada was the backbone of the company in financial terms for eleven years. Of all the marque’s historic cars, the Espada boasts one of the highest production numbers.