Rolls-Royce Motor Cars has announced a series of nine remarkable Wraith ‘Inspired by British Music’ cars, created in collaboration with, and celebrating the legacy of, some of British music’s most revered rock and vocal artists.

The first four of these Bespoke Wraiths were unveiled at the Sanderson Hotel in Fitzroia, London by the artists who created them in partnership with Rolls-Royce Motor Cars: The Who frontman Roger Daltrey CBE, Sir Ray Davies of The Kinks, and Giles Martin, son of songwriter and producer Sir George Martin and a world-renowned producer and songwriter in his own right.

Each of the hand-built Wraith ‘Inspired by British Music’ motor cars which have been commissioned are crafted with unique design touches that illustrate and celebrate the illustrious career of a British rock and pop legend.

The British music legends involved in the project were personally invited to the Home of Rolls-Royce in Goodwood, England, working in close partnership with the company’s design experts to conceive deeply personal expressions of their music legacies.

The resulting highly Bespoke Wraith motor cars represent the ultimate collectors’ items for the most ardent fans of each artist and will be sold later in 2017, with Rolls-Royce donating a proportion of the value of each to charities selected by each artist, including the Teenage Cancer Trust.

Highly creative design features – including a representation of the famous cover art from the seminal The Who album Tommy adorned to a bonnet, Sir George Martin’s number one records embroidered into Wraith’s signature waterfall, and door-flights engraved with hand-written lyrics and quotes – all serve to beautifully illustrate the musical legacies of the greatest names in British popular music.

The cars have been crafted within the canvas of the Rolls-Royce Wraith ‘Inspired by Music’ Bespoke collection, a series of motor cars created to celebrate Rolls-Royce’s long-held standing in music folklore. Each car, which is a one-of-a-kind creation hand-built by Rolls-Royce’s master craftspeople, celebrates its unique commission, with the name of the artist engraved on the door treadplates and on the base of the Spirit of Ecstasy adorning the Wraith’s bonnet.

Further Bespoke touches, conceived to celebrate the artists’ musical legacy, adorn every motor car. The Lyrical Copper exterior paint finish, for instance, is completed with a subtle motif of the Union Jack on each of the cars’ C-pillars, celebrating the indelible mark made by each artist on British popular culture. 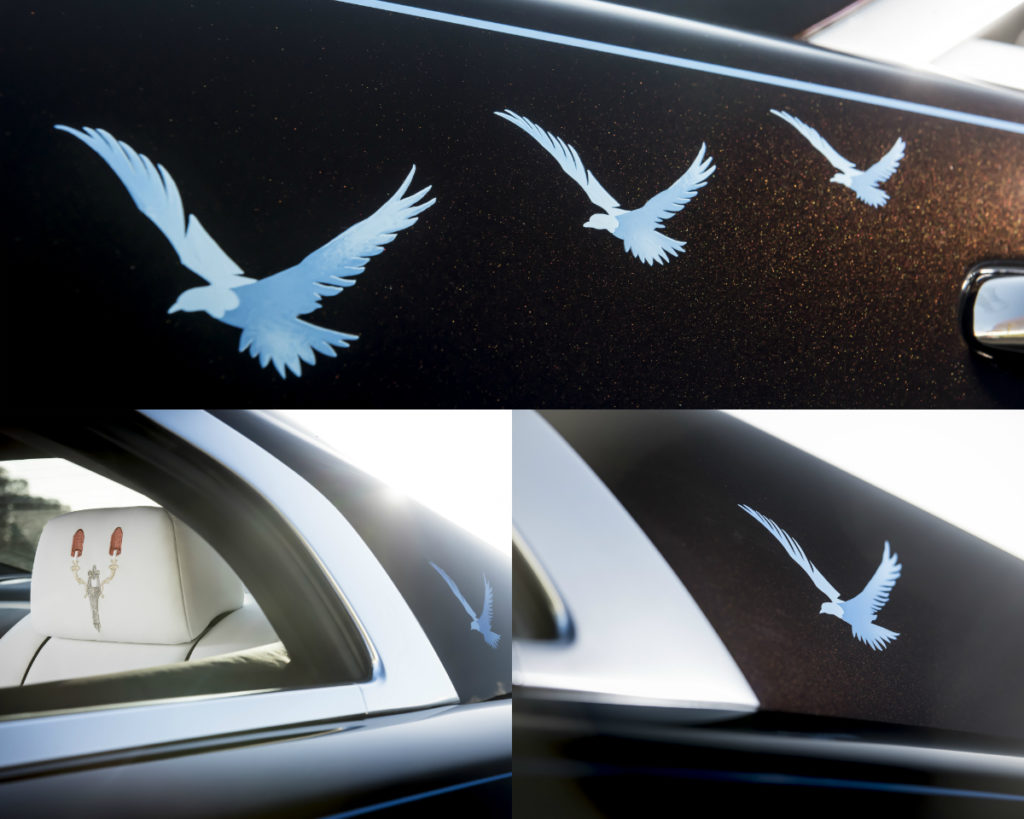 How music can make or break your drive.