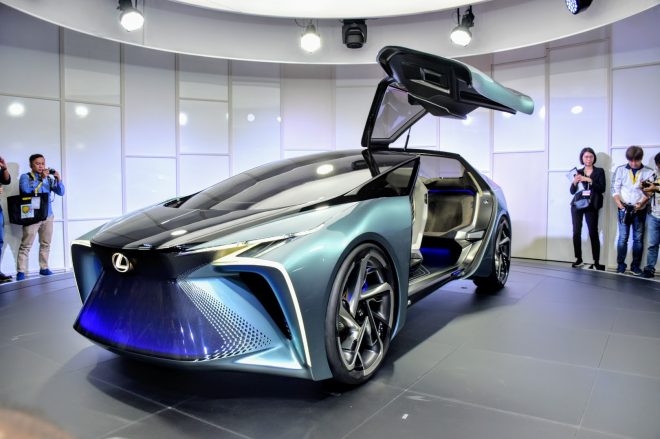 Lexus LF-30: the Japanese automaker gives us a glimpse into its future idea for a premium BEV.

It’s quite unlike anything the company has produced, looking neither like a coupe nor an SUV.

What is the Lexus LF-30 concept? 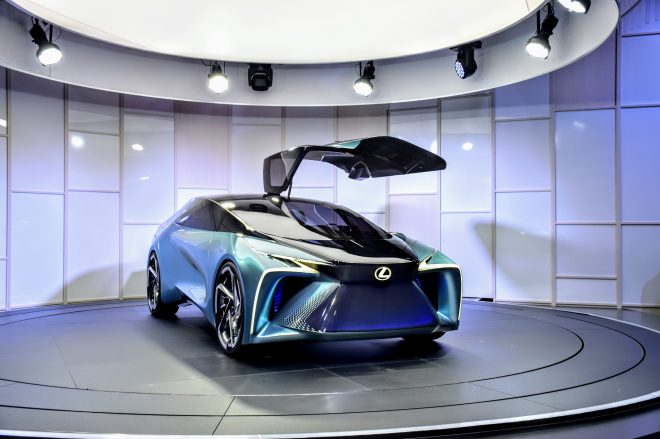 Premiering at the 46th Tokyo Motor Show, the Lexus LF-30 is a cutting-edge (pun intended), angular and futuristic BEV that belongs firmly in concept car territory.

It has 500km of WLTP-tested range from a 110kWh battery which is Toyota’s forthcoming solid-state battery pack, meant to improve energy density and safety. 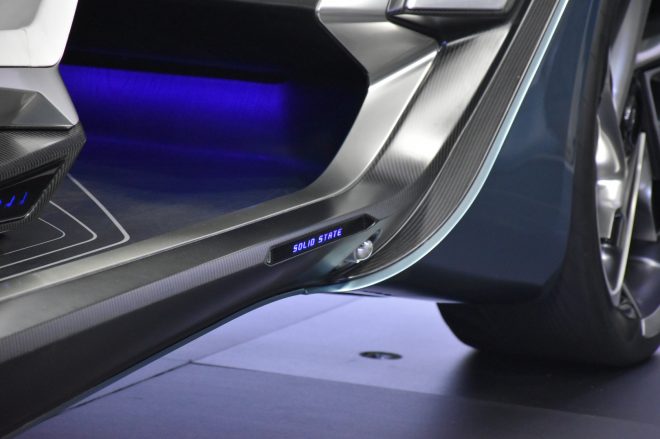 According to Lexus, the LF-30’s form is meant to “visually express the energy created by the wheels set at the corners of the
vehicle body streaming toward the vehicle cabin and past the driver to directly flow onto the road surface”.

That simply means the LF-30 looks powerful, sleek and purposeful. 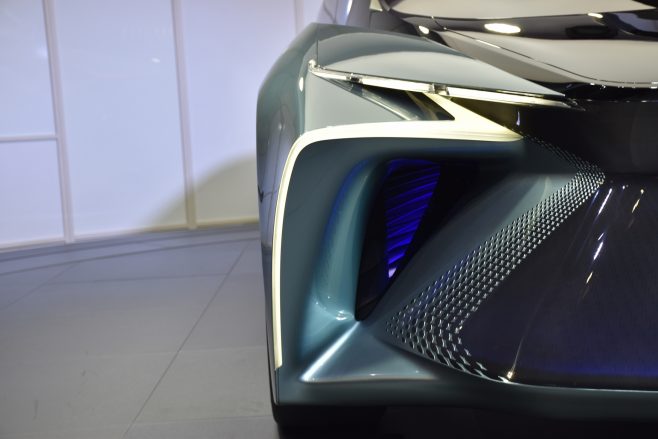 The remit of Lexus’ spindle grille has been expanded to cover the whole car.

Starting from the front, the spindle grille is where things begin on the car.

It’s now a full 3D shape, curving inwards into the front air intakes that look as chiselled as Superman’s jawline.

Elsewhere, the shape can be found on the “glider doors” (what chief concept designer Ian Cartabiano calls the LF-30’s doors), fenders and headlights. The LF-30 concept’s cockpit features AR navigation and a steering wheel that moves out of the way during autonomous driving.

Mr Cartabiano gave us a sneak peek inside the concept LF-30, which features augmented reality (AR) navigation and a more “connected” driving experience.

Inspired by a horse and its rider, the steering controller-mounted switches and head-up display let the driver steer and control various functions like the navigation and audio system and driving-mode selection without having to shift their vision.

The LF-30’s cockpit gets next-generation interfaces like gesture control and AR.

Meanwhile, the rear seats use artificial muscle technology to mold to the occupant, who will be immersed in a Mark Levinson audio system that creates a “controlled” listening environment that provides “acoustic spaces”.

A glass roof above the rear seats features voice control and gesture-controlled “SkyGate” display window that uses AR to display various types of information like a realistic star-filled sky and even navigation.

How does it drive?

To make the 2.4-ton LF-30 concept handle, each of the car’s four wheels has an electric motor for completely independent propulsion. 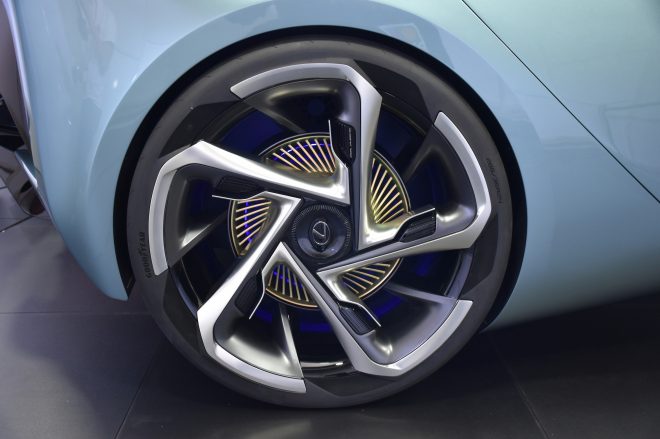 An electric motor in each wheel makes the concept LF-30 agile.

It has a steer-by-wire system, wireless charging and AI-based energy management.

Lexus plans to unveil its first BEV in November 2019, broadening its response to the needs of various regions around the world, including the development of HEVs, PHEVs, BEVs, and FCEVs.