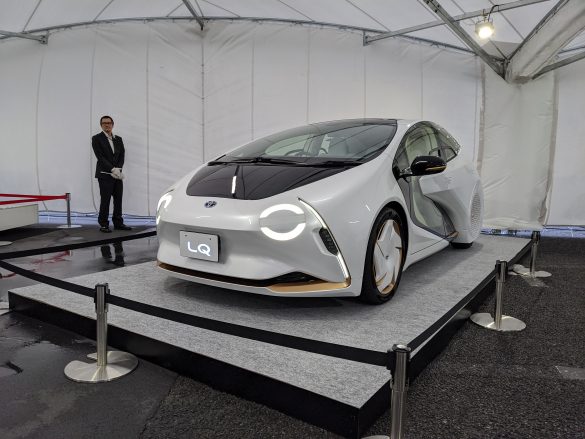 The Toyota LQ is a concept car meant to show off Toyota’s next-generation technologies.

It’s shaping up to be a bonanza for clean mobility solutions at the Tokyo Motor Show 2019 and automotive giant Toyota is leading the charge.

Energised (pun intended) by tightening emissions regulations and waning consumer appetites for cars, Toyota has unveiled a lineup which covers all its bases well into the future.

The firm no longer thinks of itself as a company which simply manufactures four-wheelers: Toyota is now a mobility company.

What has Toyota unveiled before Tokyo Motor Show 2019? 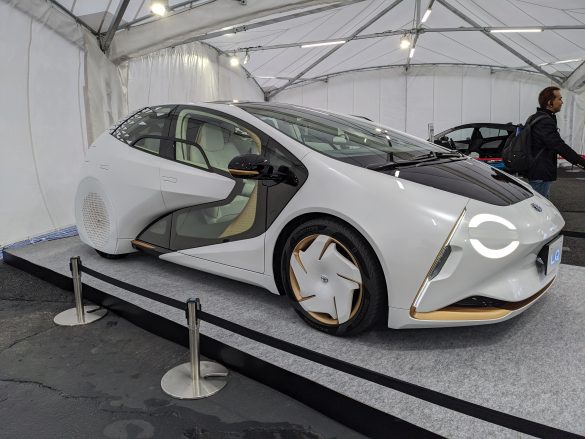 Leading into the start of Tokyo Motor Show 2019, Toyota has unveiled the LQ concept car.

It’s a battery-electric vehicle (BEV) capable of Level 4 autonomous driving and is meant to showcase the future direction for the company with regards to transport.

That means – in addition to building better cars – building a relationship with that car. 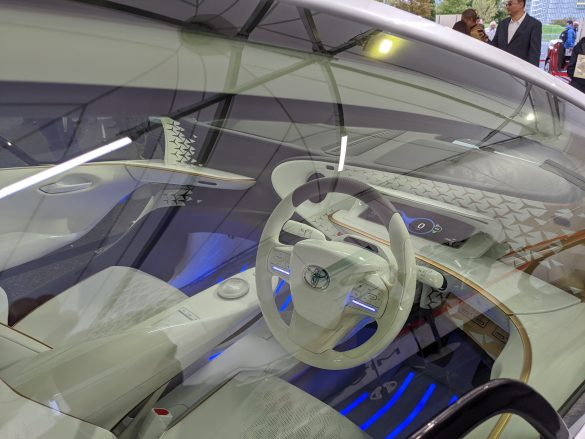 Central to that ideal is Yui, a next-generation artificial intelligence that can learn from the driver and deliver a “personalised mobility experience”.

Think of it as Siri for your car, but much smarter.

Unlike Agent Smith in The Matrix, Yui is meant to be a friendlier “agent” to connect the driver to various mobility products and services.

It can speak to you and understand you via natural-language processing.

The LQ also gets an augmented-reality heads-up display (HUD) to reduce driver eye movement for safer driving, and a clever seat which has inflatable air bladders that keep you awake or relaxed, depending on the driving situation.

When is it coming to market? 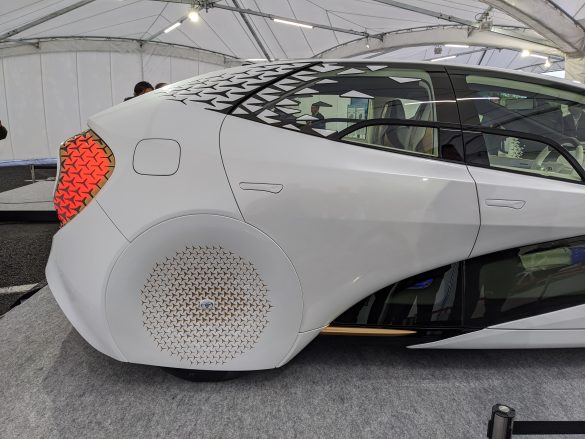 As a concept, the LQ won’t see the back of a garage any time soon but its features might find their way into production cars in future.

The public will get to see the LQ as it’s being used as a convoy vehicle for the 2020 Tokyo Olympic torch relay and a lead vehicle for various other events.

Toyota’s dreams for the future

The company’s future ideals can perhaps be perfectly summed up in its “mobility for all” tagline.

And that’s green mobility at that.

To achieve this aim, it will first aim to improve the performance of current EV batteries, aiming to commercialise a solid-state battery by the 2020s as part of the plan. 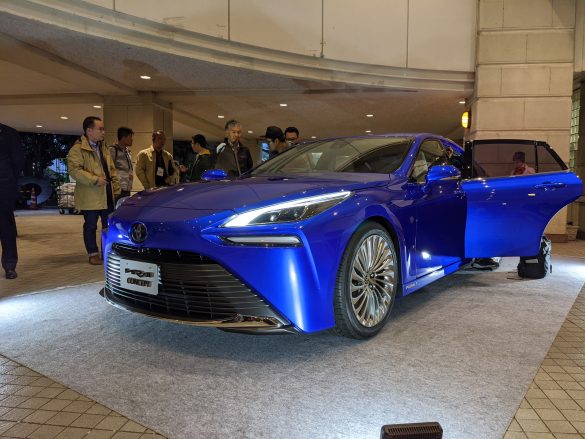 The Mirai FCEV is the next frontier for Toyota.

In fact, so strongly it believes in being greener that it’s made its EV-related patents royalty-free in the hope that it can kickstart something of a green revolution and bring down the high costs associated with EV production.

Next up is pushing the development of fuel-cell electric vehicles like the next-generation Toyota Mirai.

Developing metal-air batteries is the next moonshot.

Tokyo Motor Show 2019: 7 things to check out besides new cars