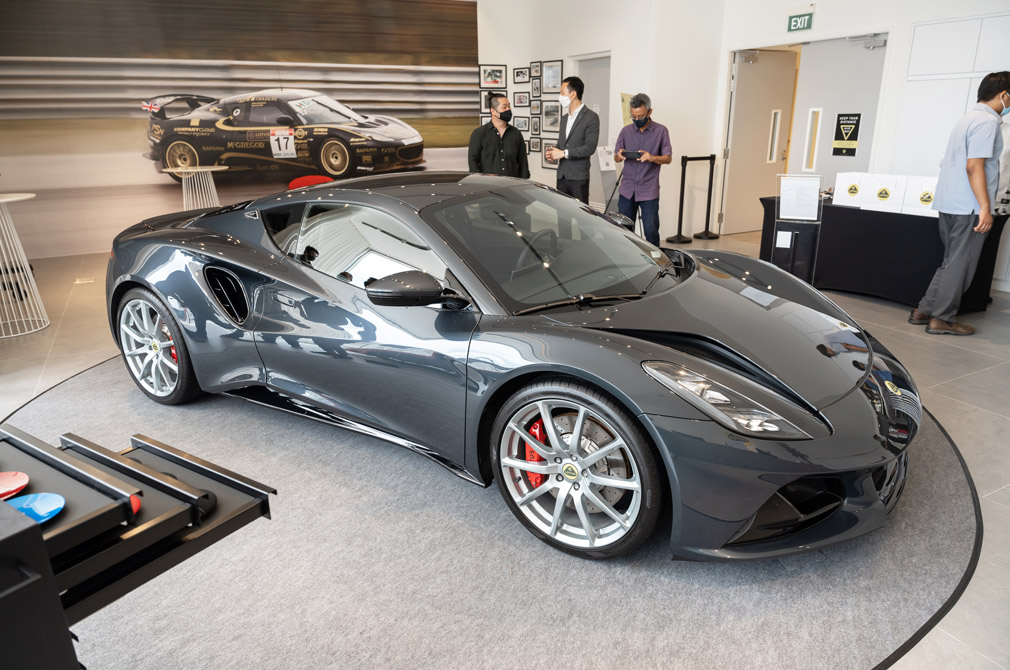 Lotus made its name producing stripped-down, “analogue” sports cars that catered to hardcore driving enthusiasts. But it is going electric, and moving itself upmarket and aiming to appeal to a wider segment of buyers, with models like the Eletre.

But before it goes full-electric, Lotus has one last internal combustion engine offering: the Emira.

This mid-engine, rear-wheel-drive coupe is available with either a supercharged 3.5-litre V6 or turbocharged 2-litre inline-4. The latter, supplied by Mercedes-AMG, is the M139 engine that is currently the most powerful production 4-cylinder in the world.

Opt for the 3.5 V6 and you have a choice between a 6-speed manual or 6-speed automatic. The 2-litre unit is paired to Mercedes’ 8-speed dual-clutch gearbox. 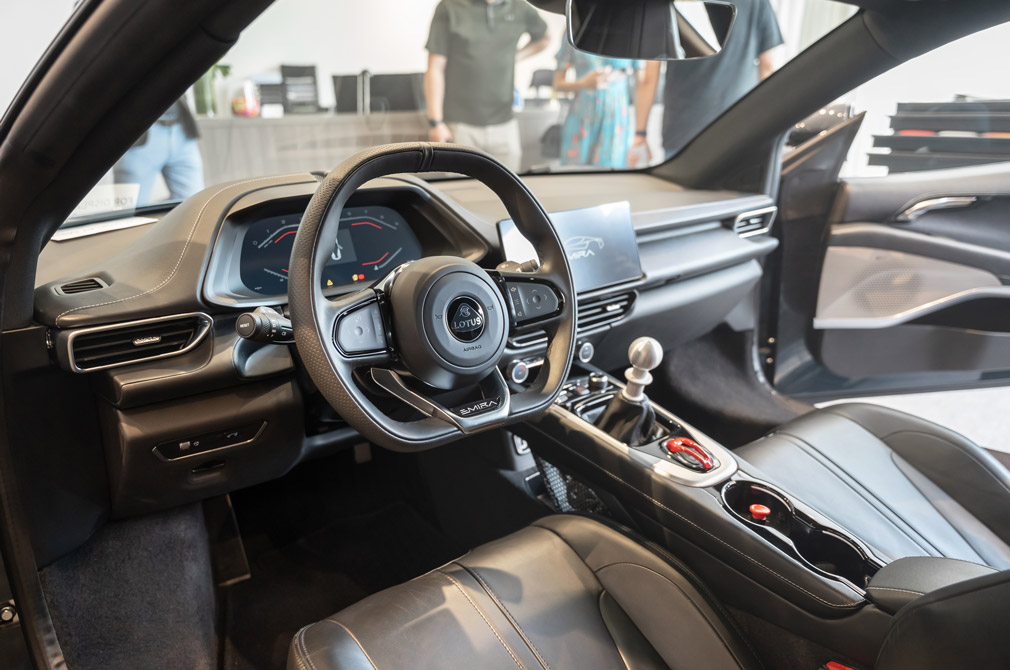 The Emira, which replaces the Elise, Exige and Evora models, is clearly targeted at a wider audience.

Getting in and out of it is (shockingly) easy and the cockpit is not cramped. The seats can be heated and are electrically operated. Even more surprising is the coupe’s practicality: It has a storage compartment behind the seats, in addition to a boot just behind the engine. 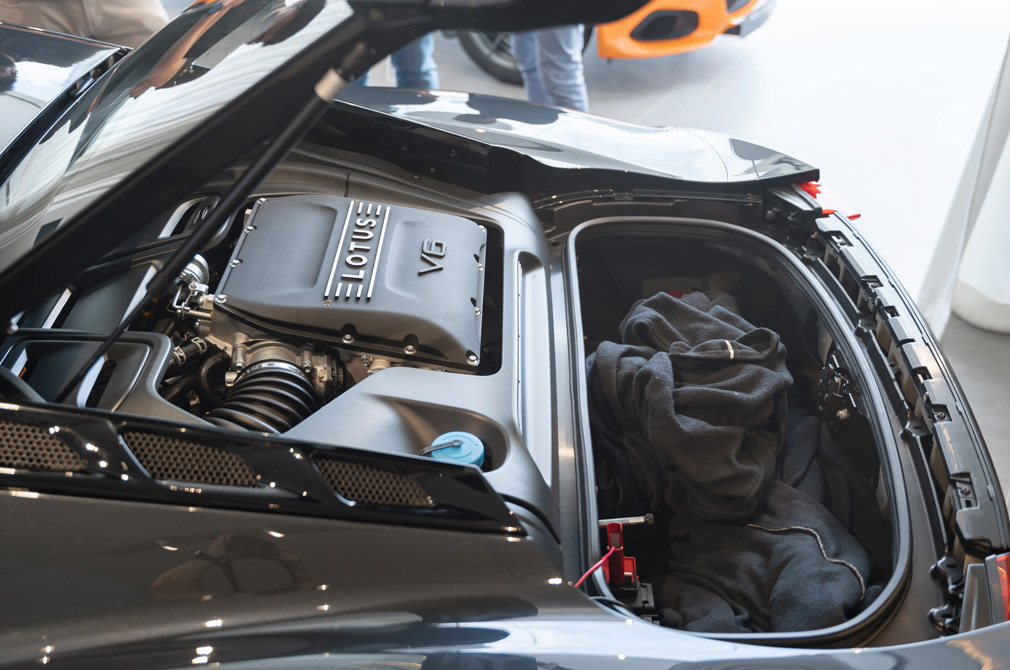 An infotainment system with Apple CarPlay and Android Auto is standard. First Edition models are equipped with audio components from KEF.

The Emira is offered in either Sport or Touring configurations. Drivers have a choice of several option packs, such as the Driver’s Pack, Design Pack and Convenience Pack. The Lower Black Pack comes as standard.

Production of the Emira will begin this year and the first units are expected to reach Singapore in either late 2023 or early 2024. Prices (without COE) are expected to start from $458,000. 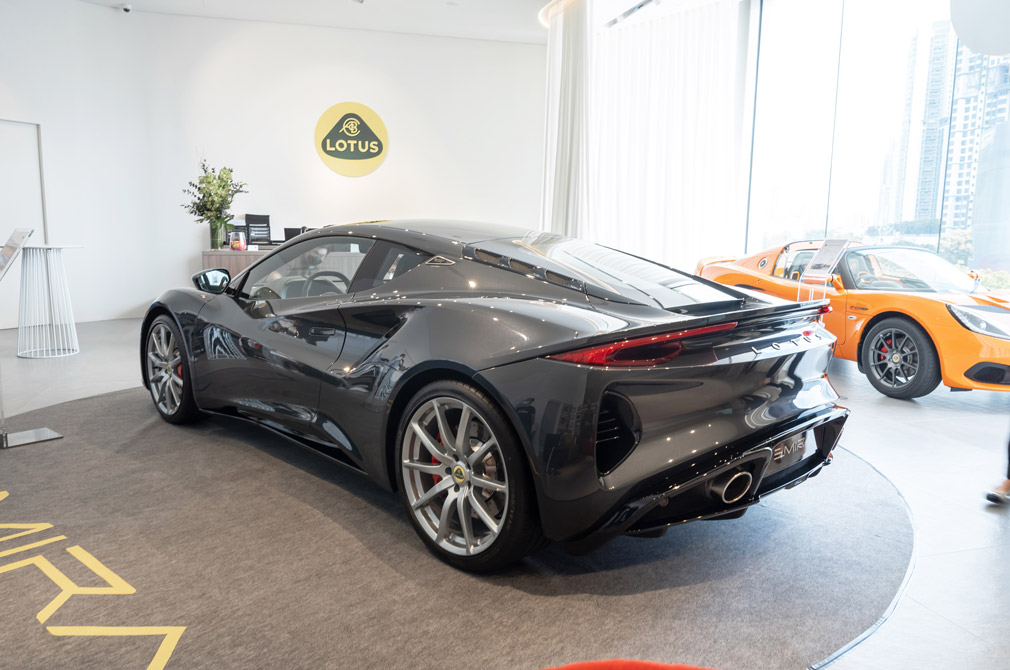