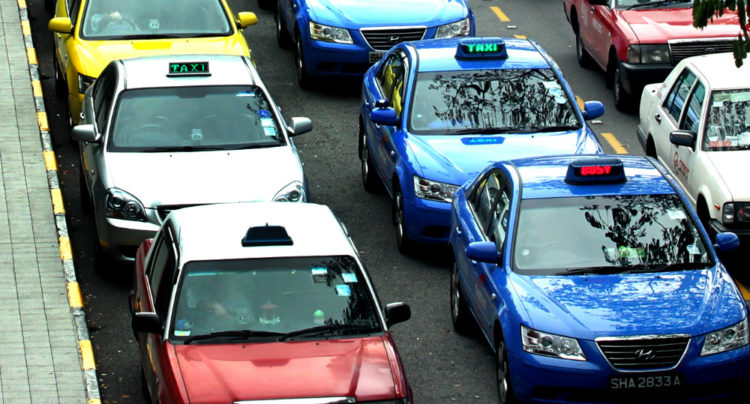 The Land Transport Authority (LTA) will ease up on regulations on the taxi industry from January 1, 2017 and scrap the 250km minimum daily mileage that cabbies now have to clock.

Taxis will still have to be out plying the roads during peak hours, but the taxi availability (TA) framework will be simplified, Second Minister for Transport Ng Chee Meng said in announcing the changes yesterday.

The easing of taxi regulations is seen by observers as a first step towards levelling the playing field between taxis and private-hire car services, which are currently unregulated.

The standards for taxis were introduced three years ago through the TA framework, and imposed on taxi operators in a bid to tackle commuter grouses of being unable to get a cab.

National Taxi Association executive adviser Ang Hin Kee said that the requirement for cabbies to clock a minimum mileage was a “rough proxy” to boosting the supply of cabs on the road. But it could have led to taxis cruising without a passenger.

With commuters turning to cab-booking apps, Mr Ng said that the demand and supply gap is being bridged more efficiently.

“We have also seen the rapid growth of private-hire car services like Uber and Grab. These innovations have provided more convenience for commuters for point-to-point transport,” said Mr Ng, who is also Education Minister (Schools).

As of October, there were six cab companies in Singapore which run more than 27,500 taxis. A news report in September estimated that Uber and Grab had a combined fleet of about 25,000 private cars.

National University of Singapore transport researcher Lee Der Horng said: “The availability of taxis and private-hire cars is able to jointly satisfy the commuters’ needs, so this may provide some basis for the authorities to ease up on the regulations.”

He added that the Government could also be trying to “equalise” the competition between taxis and private-hire car services by tweaking regulations.

The changes mean that operators can save on compliance costs, such as tracking drivers to ensure they clock the required mileage.

Said Mr Ng: “We hope that taxi companies will consider passing on the savings to taxi drivers, by lowering rentals, for example, or improving welfare for them.”

When asked, ComfortDelGro, the largest operator with over 16,700 taxis under the Comfort and CityCab brands, said that it would work with its cabbies to meet the revised standards.

The new regulations will mean taxi operators no longer have to ensure that at least 60 percent of their fleets ply the “shoulder peak periods” of between 6am and 7am, and between 11pm and midnight.

However, between the peak periods of 7am and 11am, and 5pm and 11pm, taxi operators have to continue to ensure that 85 per cent of their fleets are on the roads, even after the changes.

Taxi driver Raymond Ong, 57, said that the revised standards “help to alleviate the burden of driving aimlessly and cruising empty”.

Meanwhile, the LTA said it “will continue to monitor the taxi availability and introduce measures if needed”.