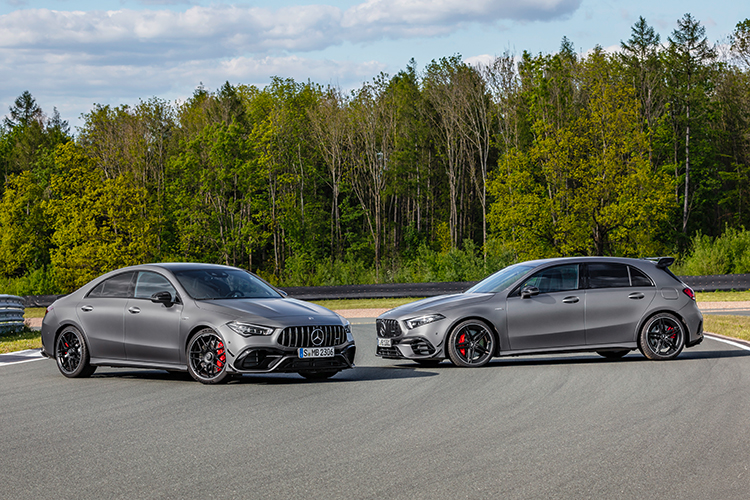 Mercedes-AMG’s CLA45 (left) and A45 (right) have the most powerful 4-cylinder engines in the world.

HOW MUCH MORE POWERFUL?

When the Mercedes-AMG A45 was first introduced about six years ago, its turbocharged 2-litre inline-4 delivered 360hp and 450Nm.

That’s a lot for a five-door hatchback – even with 4Matic (all-wheel-drive).

The Mercedes-AMG A45 then sprinted from rest to 100km/h in 4.6 seconds, or quick enough to stay in a supercar’s rearview mirror. 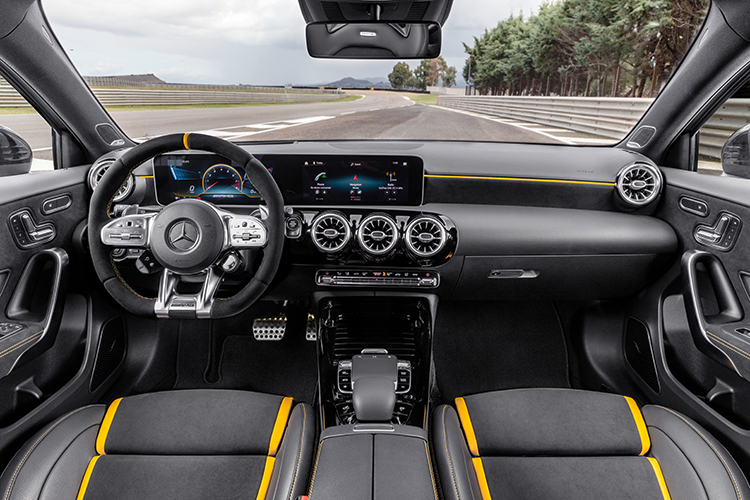 SO HOW MUCH QUICKER ARE THE NEW CLA45 AND A45 MODELS?

Tremendously. The Mercedes-AMG A45 does the century sprint in 4 seconds flat. Its more powerful A45 S sibling does it in 3.9 seconds. This is supercar territory.

Now, the Mercedes-AMG CLA45, being the bigger car, does the century dash in 4.1 seconds while the CLA45 S accomplishes this in 4 seconds.

Why is this so staggering?

Well, think about this: To make a car that goes from 0-100km/h in 10 seconds quick enough to do it in 7 seconds is a big accomplishment.

Now, what if your car already does 0-100km/h in 4.2 seconds? Going even faster becomes much, much harder! 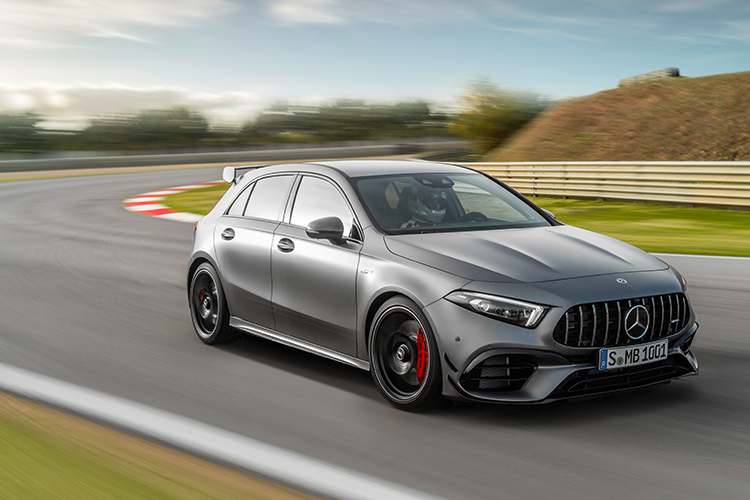 WHAT ELSE DO THESE CARS HAVE?

The Mercedes-AMG A45 and CLA45 models are chock-full of technology, just like their other full-AMG siblings.

Both Mercedes-AMG A45 and CLA45 models also have AMG Dynamics, an integrated vehicle dynamics system which controls all-wheel-drive, steering and ESP (traction control). 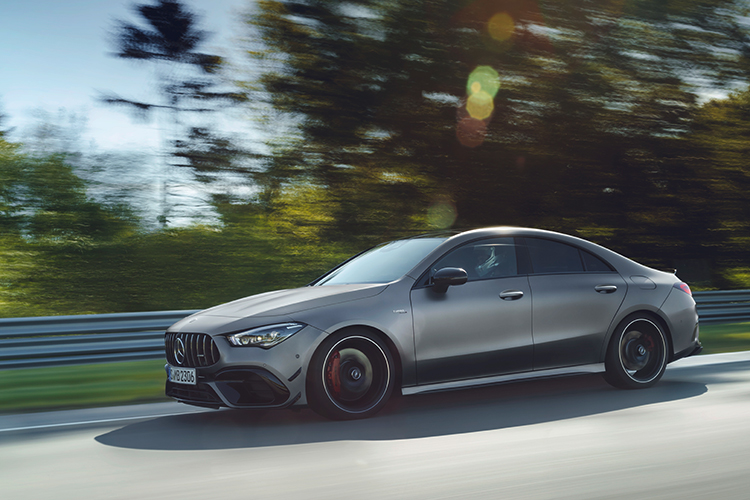 WHEN WILL THESE CARS ARRIVE?

By our reckoning, these models will probably be launched in Q1 2020.

But Mercedes has been on a roll with their model launches lately, so it wouldn’t be a surprise if both cars arrive by year-end.

Mercedes-AMG A45 is a bonkers turbocharged hot hatch