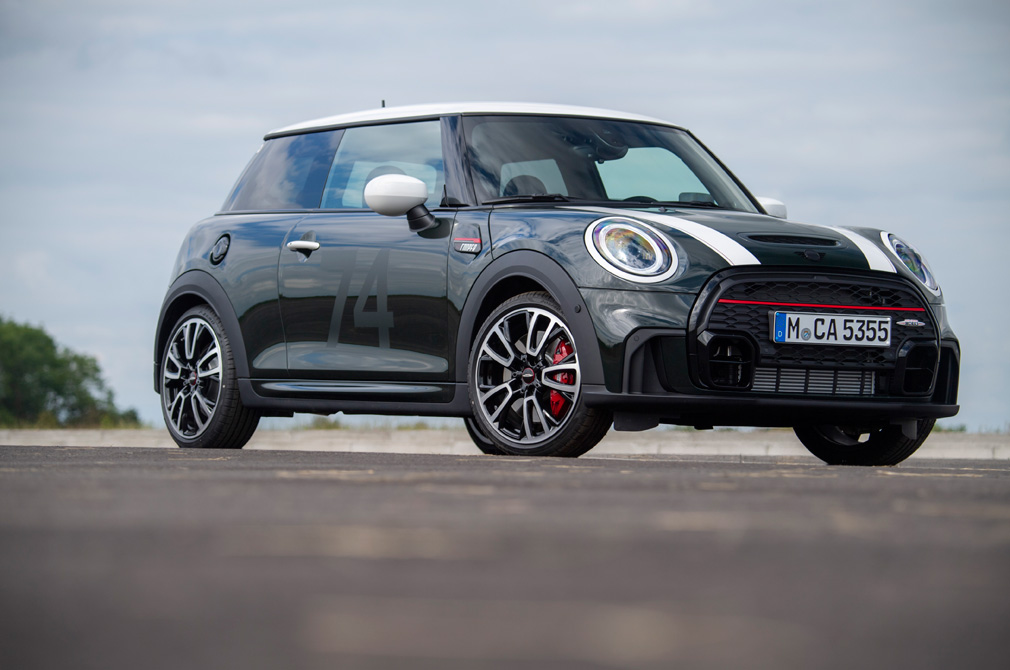 MINI is marking 60 years of collaboration with the Cooper Family with the MINI Anniversary Edition.

A special edition of the MINI 3-Door, the car combines a return to history with state-of-the-art technology.

Global production is limited to just 740 units, a reference to the number “74” which the classic Mini Cooper wore on its first successful race track appearance.

A STEP BACK IN TIME

The MINI Anniversary Edition is offered in either British Racing Green metallic or Midnight Black. However, MINI John Cooper Works versions will also be offered with a Rebel Green body colour. 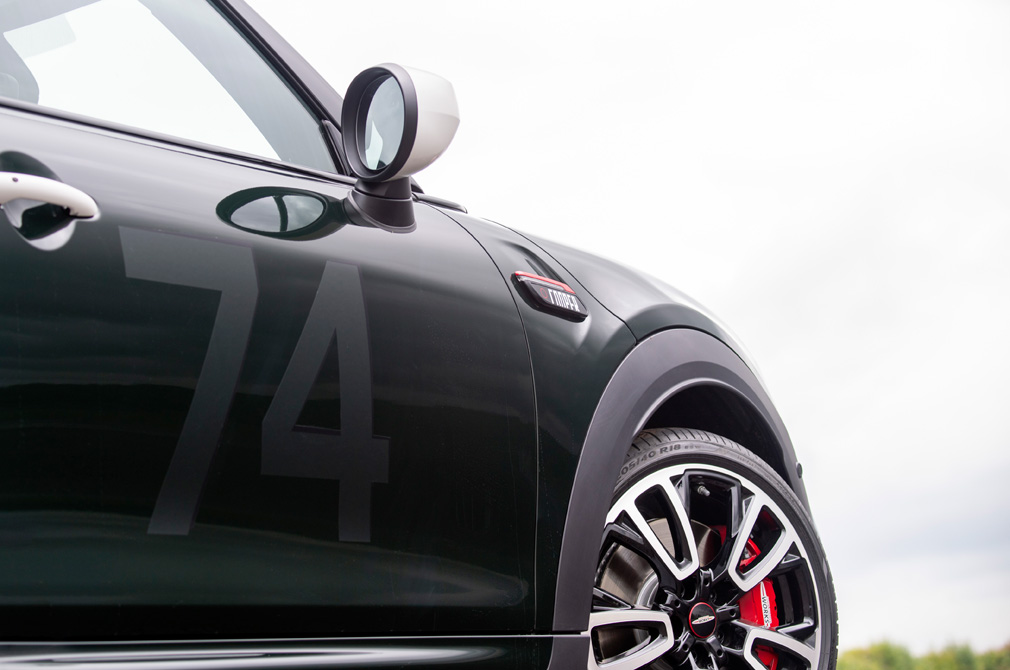 ’74’ on the bonnet and doors of the limited edition cars are a nod to the classic Mini Cooper.

All paint finishes are combined with a roof, exterior mirror caps, door handles and surrounds for the headlights and rear lights in white, a nod to the recognisable green paintwork and white accents of the early racing cars designed by John Cooper.

Other exterior trim elements on the limited edition cars are offered in Piano Black high gloss.

The MINI Anniversary Edition will also get white bonnet stripes and a red accent line on the exterior. The “Cooper” name logo can also be found on the door sill trims, side scuttles, C-pillars and on the centre spoke of the Nappa-covered steering wheel.

They will also get suspension with frequency-selective damping, supplemented by 18-inch John Cooper Works light-alloy wheels.

IN THE NAME OF JOHN COOPER 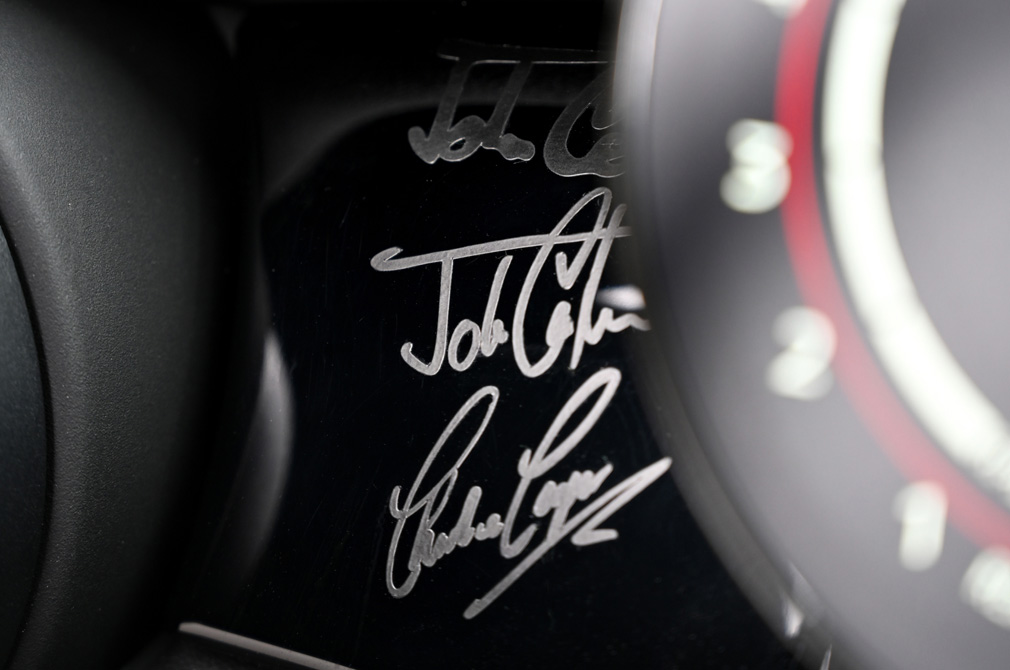 The signatures of John, Mike and Charlie Cooper feature in the cabin of the limited edition cars.

A red ring from the original John Cooper logo adorns the luggage compartment lid and the interior surface on the passenger side.

On the driver’s side meanwhile, the interior surface features the signatures of John, Mike and Charlie Cooper.

The MINI Anniversary Edition also gets an emblem on the inside of the driver’s door frame sporting John Cooper’s signature and a handwritten note, stating, “1 of 740” and the words “60 years of MINI Cooper – The unexpected underdog”.

Check out the MINI Singapore range here
Also be sure to catch our review of the MINI Cooper S 60 Years Edition!