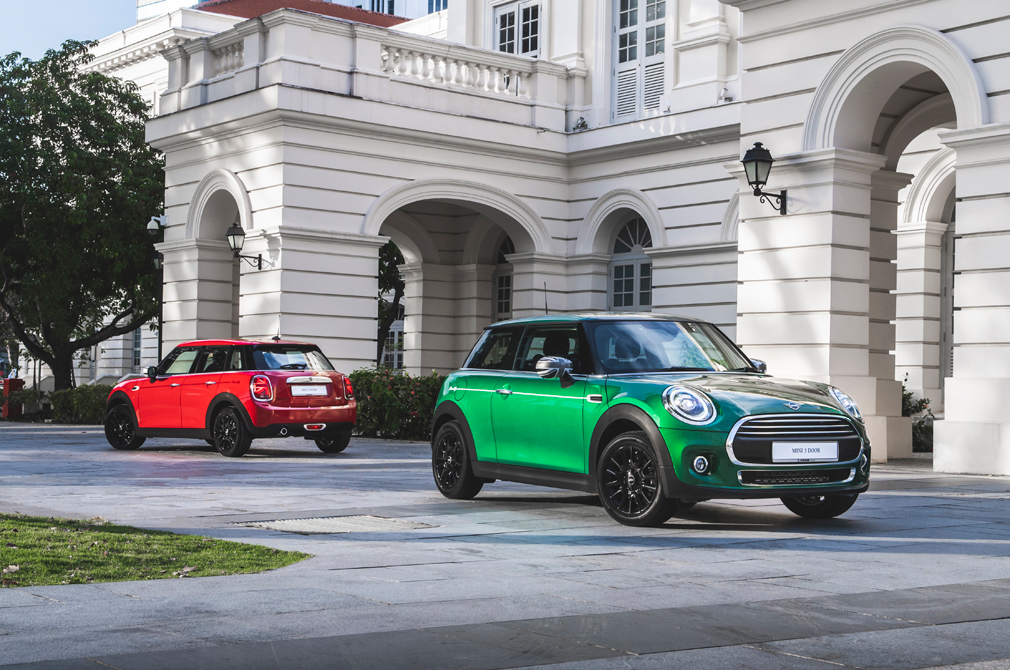 Inspired by Piccadilly Circus and its unique digital billboards, the MINI One Piccadilly Edition is now available in Singapore in both 3-Door and 5-Door variants.

The special edition embraces digitalisation while honouring the spirit of the original Mini.

EXTERIOR INSPIRED BY THE ORIGINAL MINI

On the exterior, bonnet pinstripes (available in white or black) catch the eye. The flanks of the car stand out thanks to pinstripes that start from the side scuttles and stretch across the car’s shoulder line, tracing the length of the car.

On the driver’s side, the pinstripe ends with a Piccadilly motif right next to the fuel filler flap. The Piccadilly motif can also be found on a special badge next to the left taillight. Completing the MINI One Piccadilly Edition are the standard 16-inch Victory Spoke wheels in polished black – to complement to the car’s vibrant exterior. 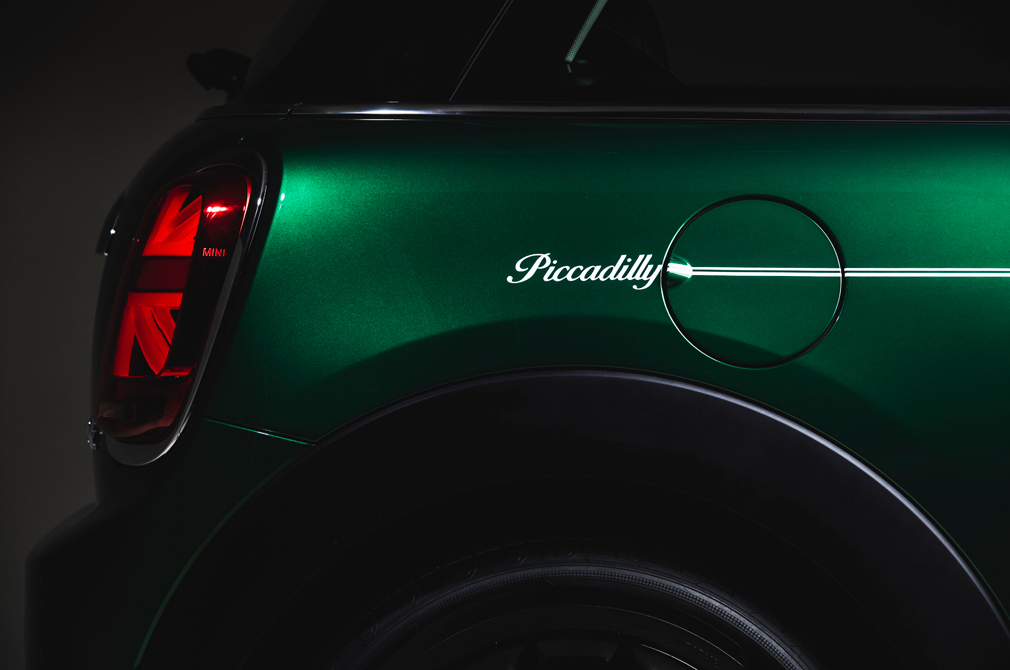 The pinstripe on the flank ends with the Piccadilly motif right next to the fuel filler flap.

A DIGITAL ERA, A DIGITAL INTERIOR

Carrying the tie to Piccadilly Circus, the interior of the MINI One Piccadilly Edition houses numerous digital elements. 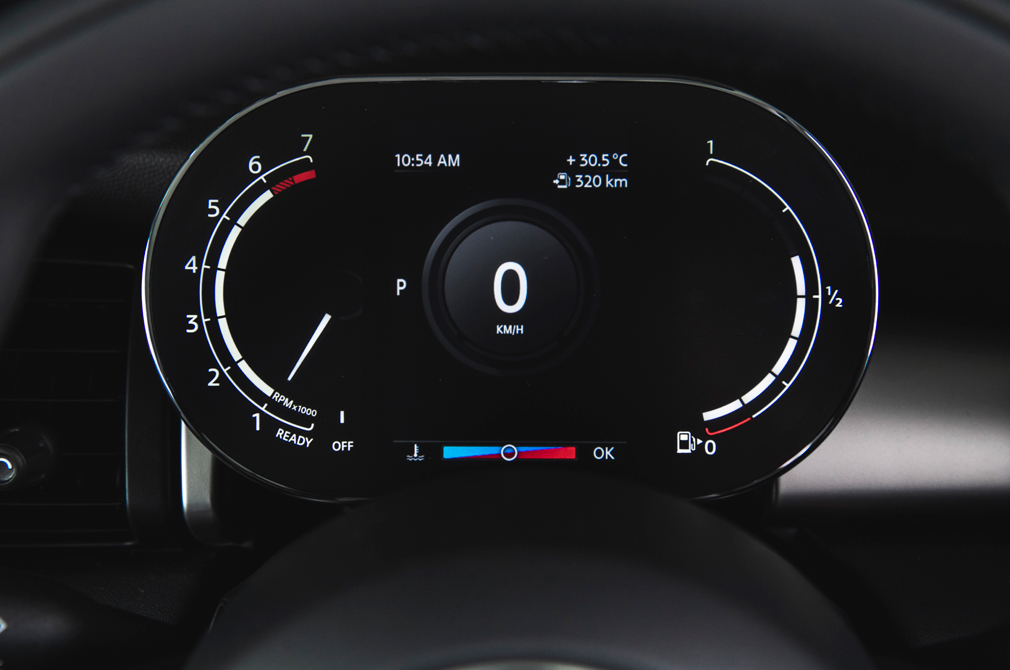 The Piccadilly Edition gets the new 5.5-inch instrument cluster.

There’s a new 5.5-inch digital instrument cluster that was first seen on the new MINI Electric and new MINI John Cooper Works GP. The speed is shown in the middle of the screen, with other pertinent driver information is displayed in a clean and clear manner.

The MINI Piccadilly Edition’s cockpit fascia is another attention-grabber. It has a specially designed panel that adopts the Piccadilly and pinstripe motif in Jet Black with a matte finish.

The cockpit fascia is produced via sophisticated 3D printing and laser technology that ensures each panel is of outstanding quality with an accurate fit. 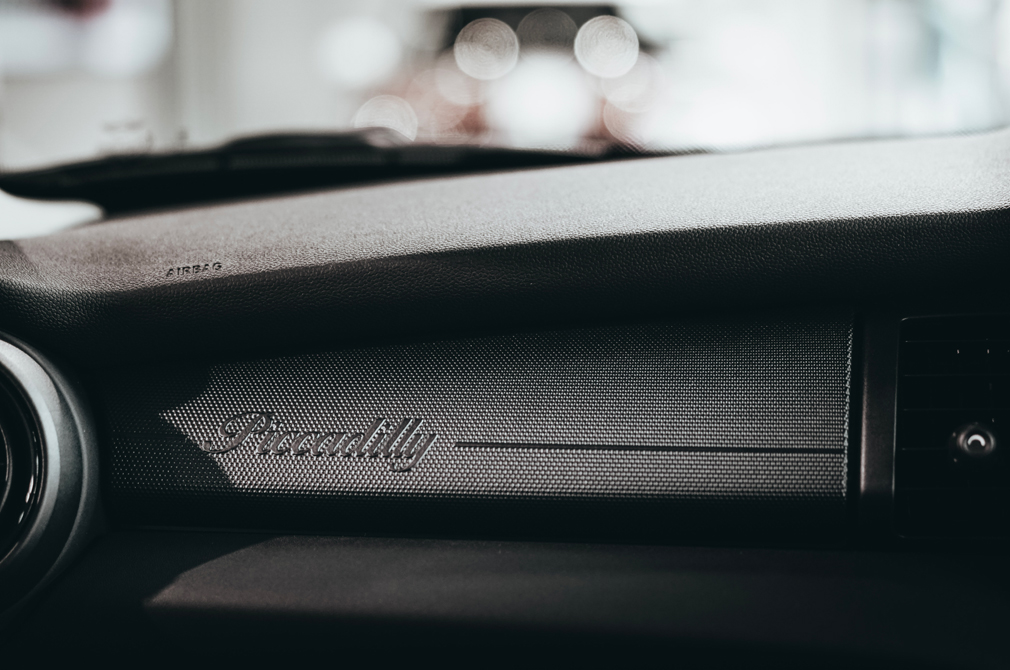 The front fascia is a specially designed panel that adopts the Piccadilly and pinstripe motif in Jet Black with a matte finish.

Both the 3-Door and 5-Door models feature the MINI Navigation system with a 6.5-inch touchscreen display as standard, as well as Apple CarPlay and the MINI Connected application.

Other features of the MINI One Piccadilly Edition include upholstery in Leatherette Carbon Black, which is paired with the Carbon Black interior colour line as standard.

The 1.5-litre three-cylinder petrol engine of the MINI One Piccadilly Edition delivers a maximum power output of 101bhp and a peak torque of 190Nm, enough to send the 3-Door to 100km/h from a standstill in 10.2 seconds. The same sprint is completed by the 5-Door in 10.5 seconds.

Read our review of the MINI One 5-Door here!