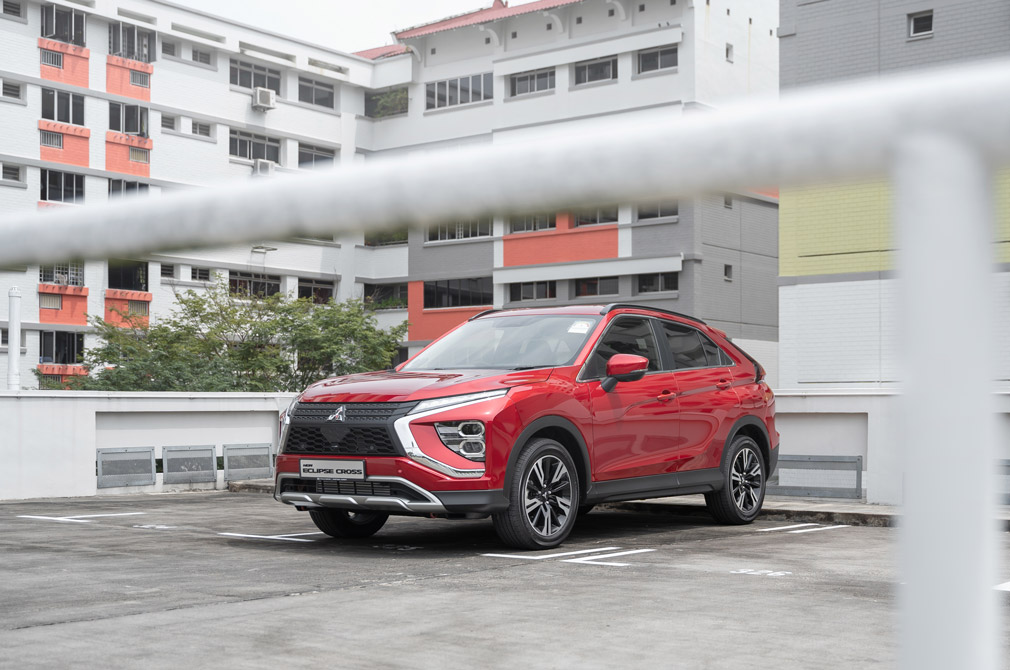 When the Eclipse Cross was first introduced in 2018, two things made it stand out: It had a distinctive split tailgate, and it was also the only turbocharged model in Mitsubishi’s local new car line-up.

That also made the Eclipse Cross the most convincing Mitsubishi at the moment, relatively speaking.

Nearly four years and one facelift later, the Eclipse Cross is still the brand’s most compelling model among its siblings. It still offers the same performance, but the most noticeable change is that it is now 140mm longer and has swopped its unique tailgate for a conventional one. 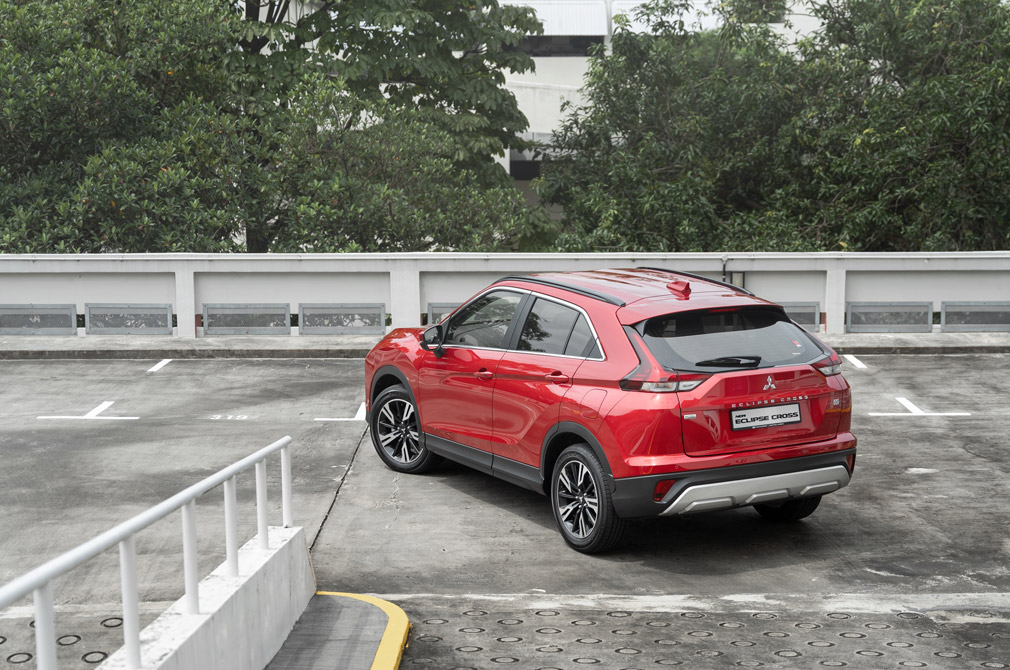 I prefer this “regular” tailgate because it looks better and is safer, as rearward visibility is no longer obscured by the bar which “splits” the glass.

Some have opined that this has led to the Eclipse Cross losing its “character”, but I feel that the sacrifice is worth the bump in safety. Besides, there’s a lower risk of bumping into something while reversing.

The front end hasn’t remained untouched, either. It looks sportier now after the previous chrome horizontal bars were replaced by matte black ones. There’s also a new honeycomb grille, slimmer daytime running lights and larger headlights, all which give the face more presence. 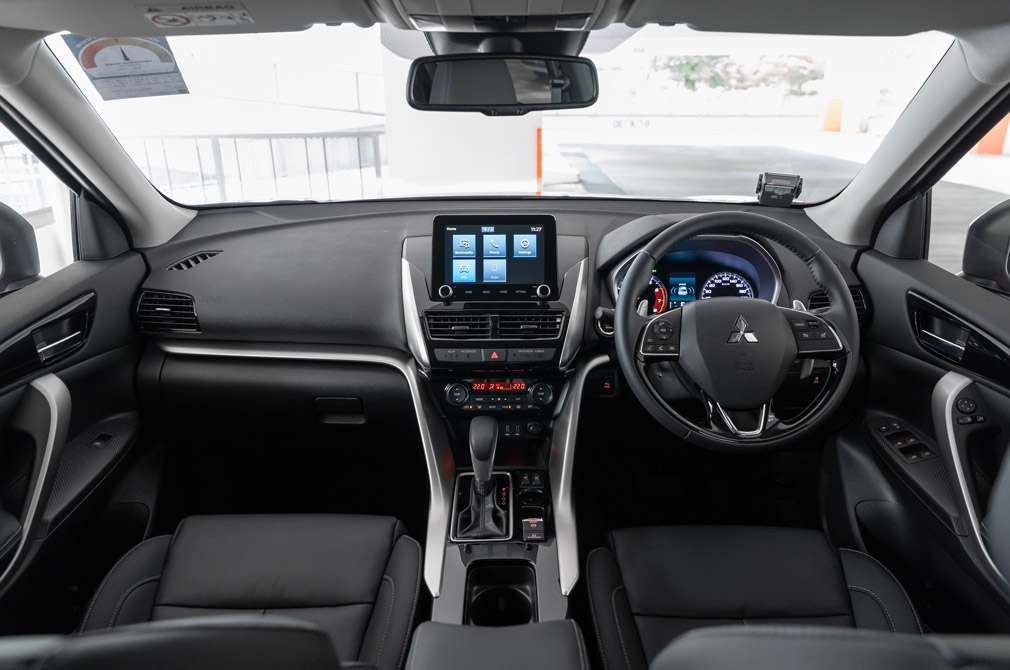 In stark contrast to the exterior upgrades, the interior has been left almost untouched.

While most carmakers have begun digitising their instrument panels, the Eclipse Cross still uses the same analogue one from before. The controls and switches are also identical.

The biggest change has actually been to the infotainment, which now has a free-standing 8-inch display, as opposed to the 7-inch unit in the older model which is integrated into the dashboard.

For added convenience, the new screen is also closer to the driver, making it easier to navigate the various menus. The system still isn’t overly layered either, which helps make it intuitive.

These are all worthwhile improvements, but Mitsubishi should have also considered other upgrades, such as memory functions for the driver and front passenger. The Style variant provides electrically adjustable seats for both, but you can’t realise their full potential without the memory feature. 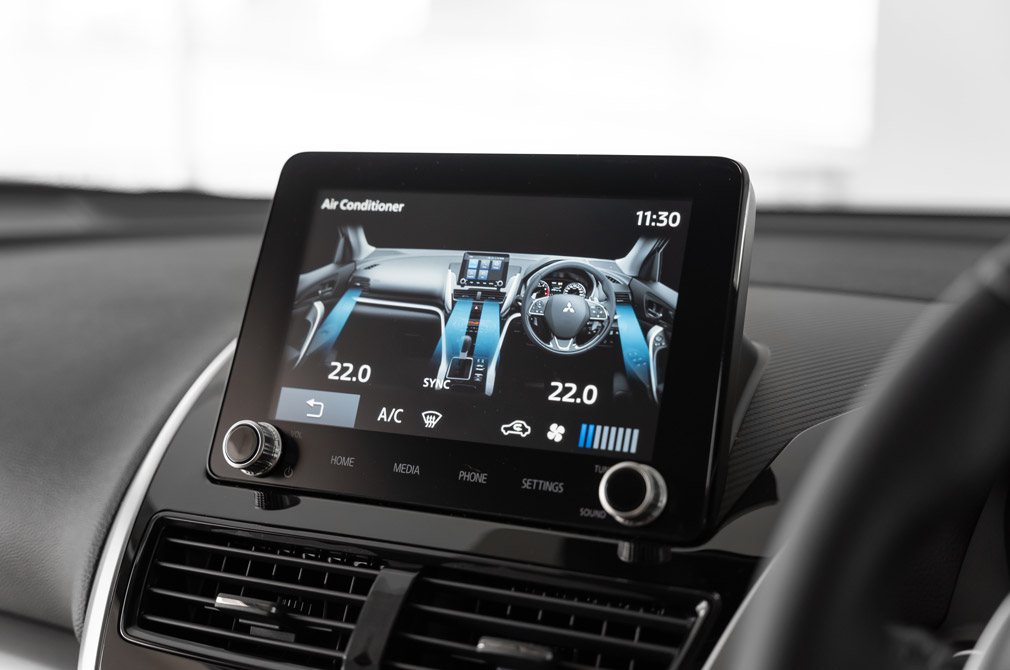 The Eclipse Cross also has heated seats as standard, but it would have been even better if a cooling function had also been included. Japan also experiences hot summers, and I’d imagine this feature would be as welcome there as it is here.

That said, the air-con remains frighteningly frigid, so all occupants won’t stay warm for long.

The Eclipse Cross is still powered by the turbocharged 1.5-litre 4-cylinder that pumps out 161hp (163PS) and 250Nm, with the latter figure available from 2400rpm.

But compared to the older car, the new SUV now takes 9.7 seconds, or 0.4 of a second longer than before to complete the century dash. Its fuel consumption has also increased from 14.9km/L to 14.5km/L.

If there’s any good news, it would be that the Eclipse Cross at least still feels as punchy as before, thanks to the healthy torque figure. 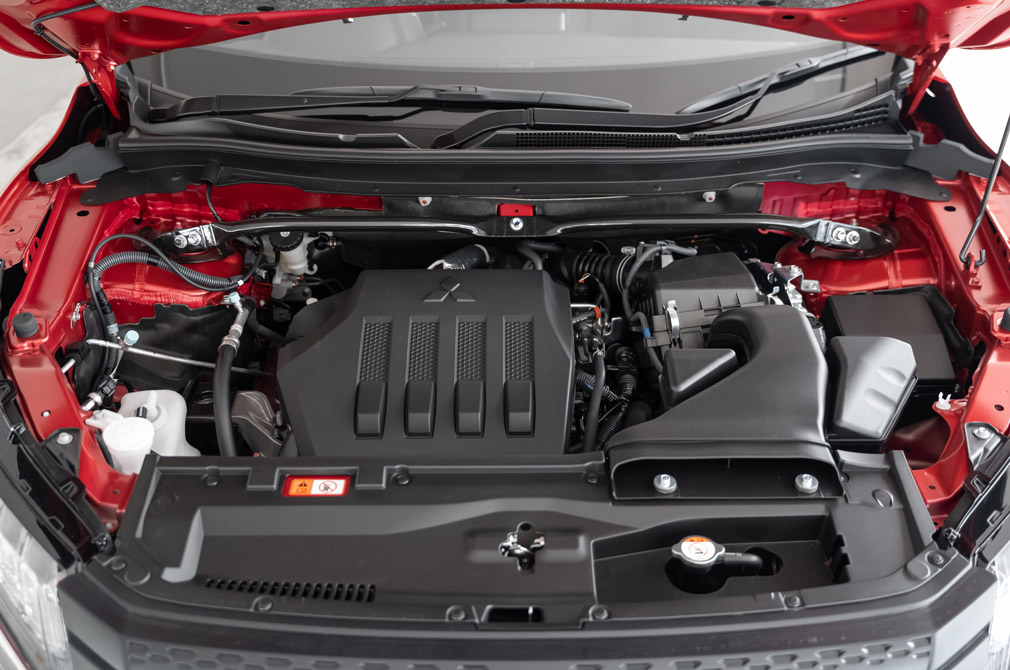 I was hoping for a more refined CVT. It’s fine for normal driving, but the “stretchy” feeling and droning soundtrack you get from flooring the accelerator pedal should be reduced.

If you are in a hurry, the transmission offers eight override points, which can be accessed via the cool magnesium alloy paddle shifters. Given how most brands still use plastic paddles, this is easily the coolest component in the cabin.

The ride quality is another positive point, too. Of course, pliant dampers coupled with soft and eco-friendly tyres mean only one thing: You can toss your sporty handling expectations out the window. Then again, most consumers want a cushy ride anyway.

Parking is made easier by not just a reversing camera, but a surround view from the Multi Around Monitor, which lets you check if you’ve parked straight.

Its closest Cat B rival is the Mazda CX-5. Though owners will pay more road tax due to its 2-litre engine, the CX-5 offers a superior drive, which undoubtedly appeals to keen drivers.

That said, the Eclipse Cross still occupies a unique position, for it is the only turbocharged 1.5-litre Japanese SUV that currently starts below $150k.

So, it may no longer look distinctive, but what it offers is still unique. And ultimately, that may be enough to convince buyers again. 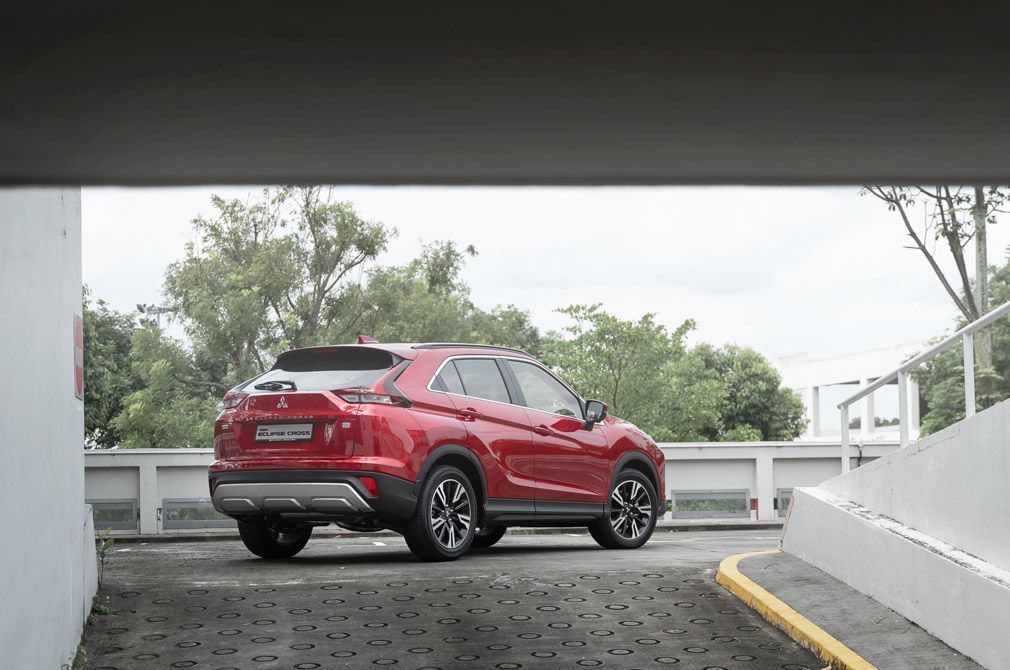