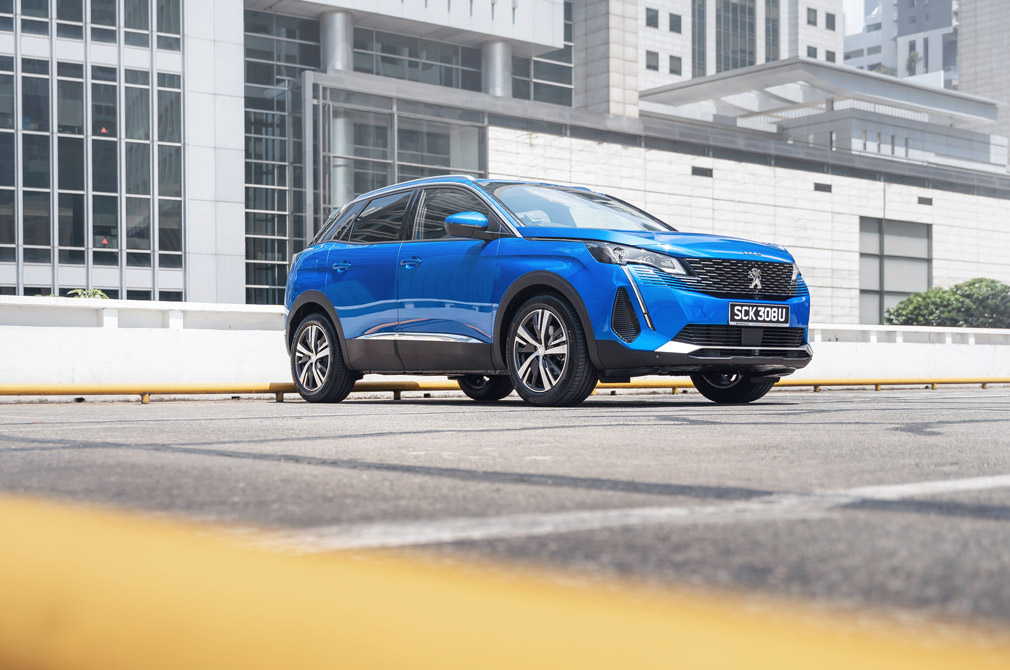 When it comes to building cars, the French have always done it differently.

From the Citroen 2CV to the Renault Avantime and Peugeot RCZ, these were cars with a refreshing stylistic twist.

Now, the facelifted, family-friendly Peugeot 3008 isn’t quite in the same company as the above, but being French, it certainly has unique styling.

And with this nip and tuck, it’s become even more striking.

A left-field but sensible European choice, the Peugeot 3008’s facelift refreshes an already popular crossover. Here, the plastic surgery is mostly focused on the exterior, with styling tweaks that bring it in line with the company’s 208 hatchback and 508 sports sedan.

Re-sculpted headlights now blend into a new frameless grille, giving it concept-car vibes. A new “3008” badge at the edge of the bonnet will remind you what you are driving, too. The headlights each now get a strip of extended LED blades on either side that give the Peugeot 3008 a unique light signature. True to the French eye for style, it almost looks like the car is wearing mascara. It’s a good look that has been pulled off without being too kitsch.

Behind, the taillights resemble slashes from a tiger’s claw, and the rear indicators now scroll like those found on some VW Group cars.

It all adds up to a handsome car, and one, that on my test drive, proved that it has the ability to turn more than a few heads.

The Germans do well-made but reserved cockpits, while the Asian marques tend to be a little fussier in execution. 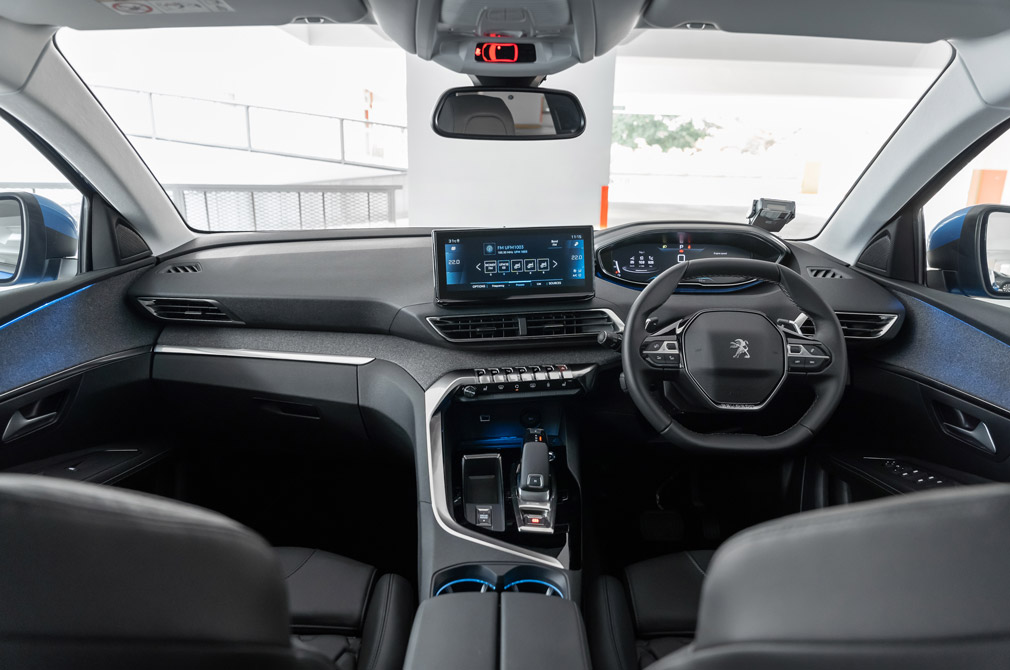 I like the odd but ergonomic wheel. It imparts a sense of nimbleness, and also lets you clearly see the digital instrument cluster without peering through the steering wheel.

A 10-inch, high-resolution infotainment screen with Android Auto and Apple CarPlay (the Active Premium variant gets an 8-inch display) takes pride of place in the cockpit. It is a little laggy but is brighter and crisper than the old unit.

Seven silver “piano-key” toggles sit below with shortcuts for – among other things – aircon, radio and navigation.

But bundling most car functions into the touchscreen means you lose knobs to change things like the climate control with immediacy. Also, a button to quickly deactivate the start-stop system wouldn’t go amiss here.

At night, the cabin now gets soft blue lighting, even in the sunroof lining. Though a small change, the lights evoke a lounge-like feel, and layers a soothing calm over the cabin. 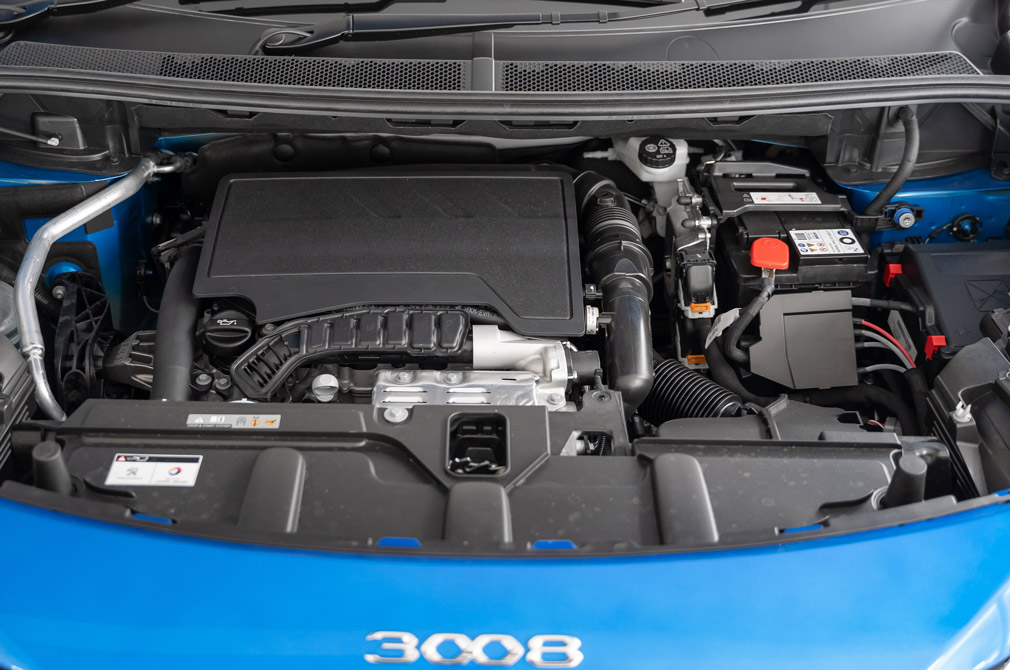 Previously, the 3008 could be had with a turbocharged 1.6-litre. Now, the single engine choice is a turbocharged 1.2-litre 3-pot pushing out 129hp and 230Nm of torque, driving the front wheels through an 8-speed automatic.

Carried over from the previous model, this engine and gearbox combo is capable enough to briskly motivate the 3008, especially since peak torque is produced as low as 1750rpm and the motor only has 1320kg of crossover to lug around.

Yes, it’s that light. The Peugeot 3008 is one of the lightest C-segment SUVs around, something that will prove an advantage during driving. 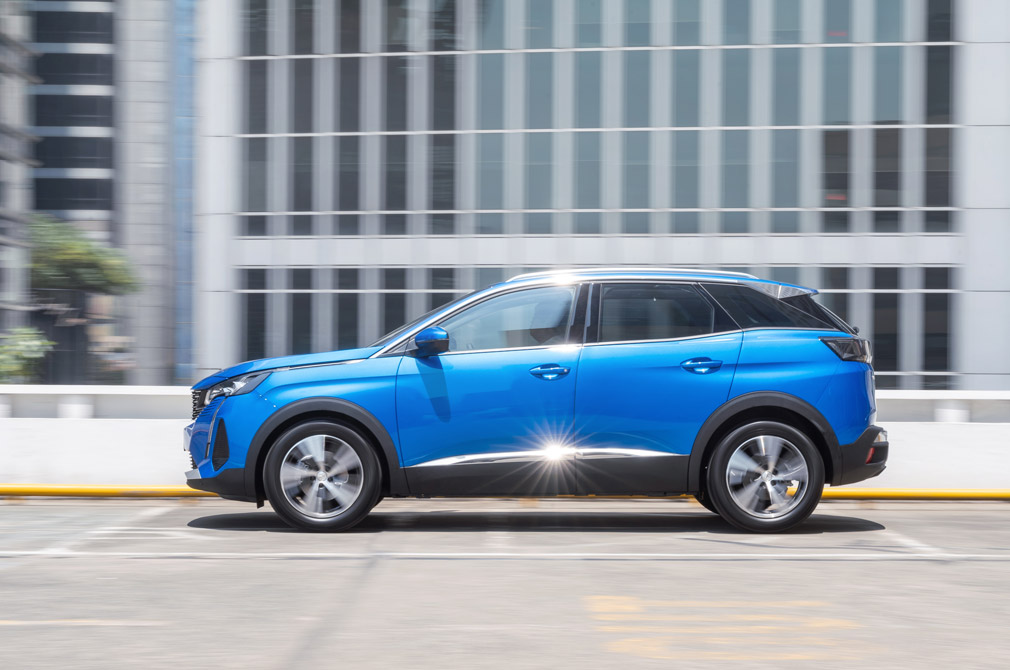 As the 3008 is so light, Peugeot engineers did not need to unduly stiffen the suspension.

That translates to one of the most well-damped rides of any current crossover. Peugeot’s engineers have made the 3008 very proficiently tread a fine line between being fun to drive and easy on the collective bottoms of those inside.

Undulations are not punished into submission, but instead cosseted by the 18-inch “Detroit” alloys as the 3008 eases over them. The little steering wheel, coupled with the 3008’s leanness, helps augment the sense of deftness too.

Give it more right pedal and the 3-pot buzzes away quite spiritedly too. Perhaps someone in the engine department was an old hand during Peugeot’s rallying days.

Looking at the numbers of 3008s on the road, the Peugeot 3008’s popularity is not undeserved. It’s a refreshing choice that rides well, has lots of interior space, possesses a big boot for cargo, and is easy on the road tax.

A fly in the ointment, however, could be the fuel consumption, which at 10.8km/L is higher than Peugeot’s claimed 19.2km/L.

Nevertheless, for those looking for a crossover proficient in family duties, and offers a decently engaging drive once you’ve dropped the kids off, you might want to sink your fangs into the 3008. 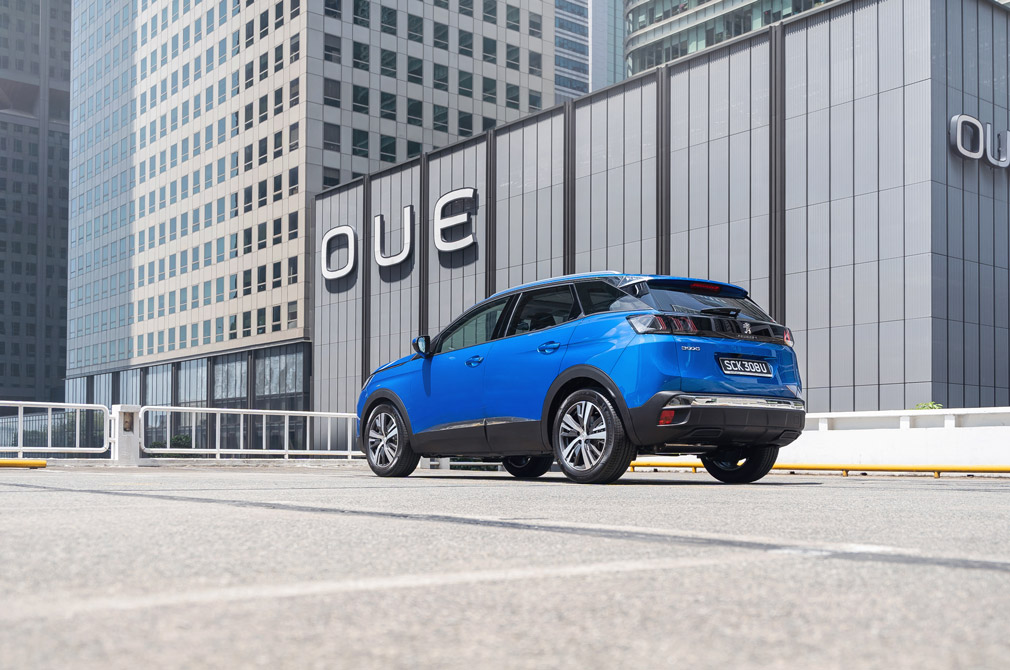