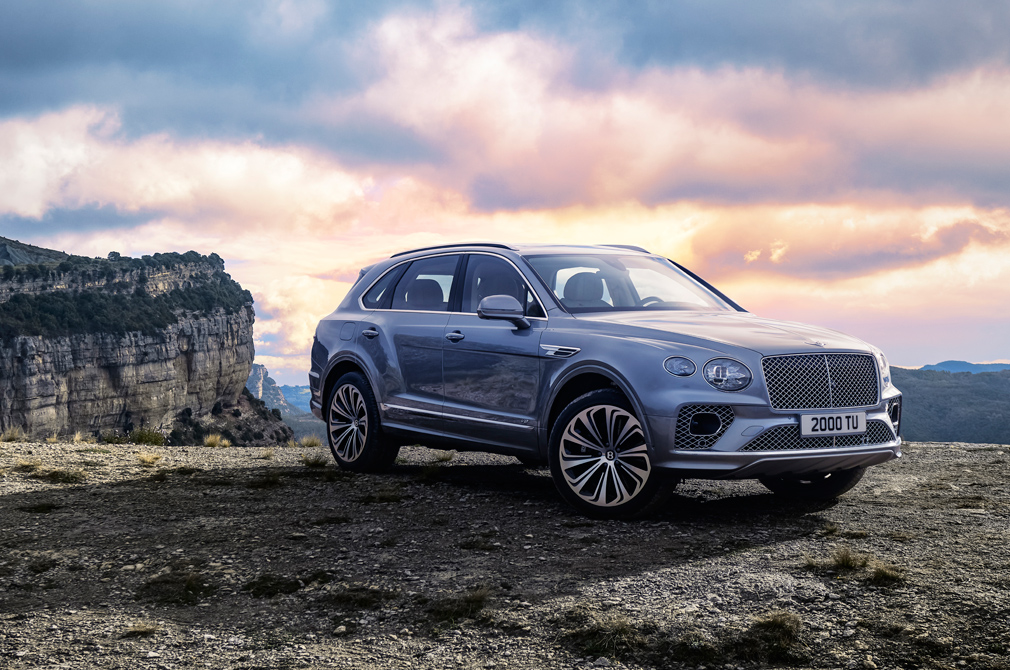 Bentley has announced details of the new Bentayga – its first car launched under the Beyond100 business plan.

The exterior design of the new Bentley Bentayga has been completely refreshed to create an even more stylish and purposeful car.

The new matrix grille is now larger and more upright than before, for a more dominant profile. The new LED matrix headlamps have also been pushed further apart and raised 30mm higher.

A new elliptical design also means that the lights now sport the marque’s signature “cut crystal” design, which makes them appear to sparkle even when not lit. 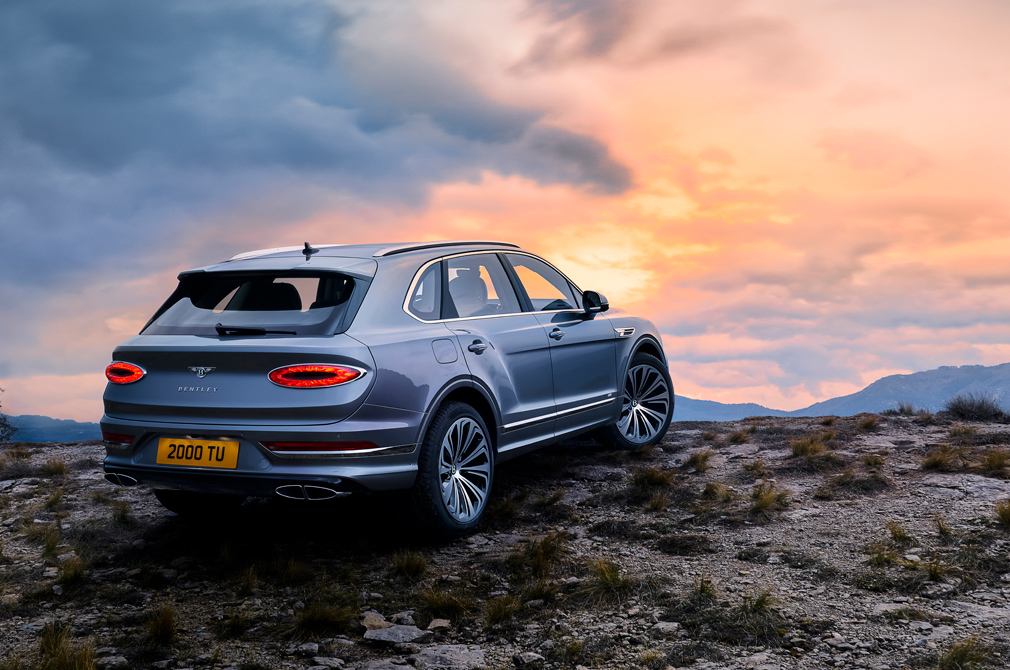 New and longer vents are positioned above the sculpted power line on the front fenders. The lower door mouldings are also completely new, alongside the discreet V8 badging.

And from the rear, the tail-lamps are now elliptical in shape. They also feature a lattice pattern for a unique jewellery-like appearance when illuminated, with a deep, three-dimensional glow.

The rear lights also sit within an all-new, full-width tailgate that looks cleaner and more contemporary.

Two new paintwork colours have also been added to the palette of the Bentley Bentayga. The first, Viridian, is a dark shade of metallic green based on the colour of the EXP 10 Speed 6 concept car.

The second, named Patina, is a luxury-focused mid-tone off-white. 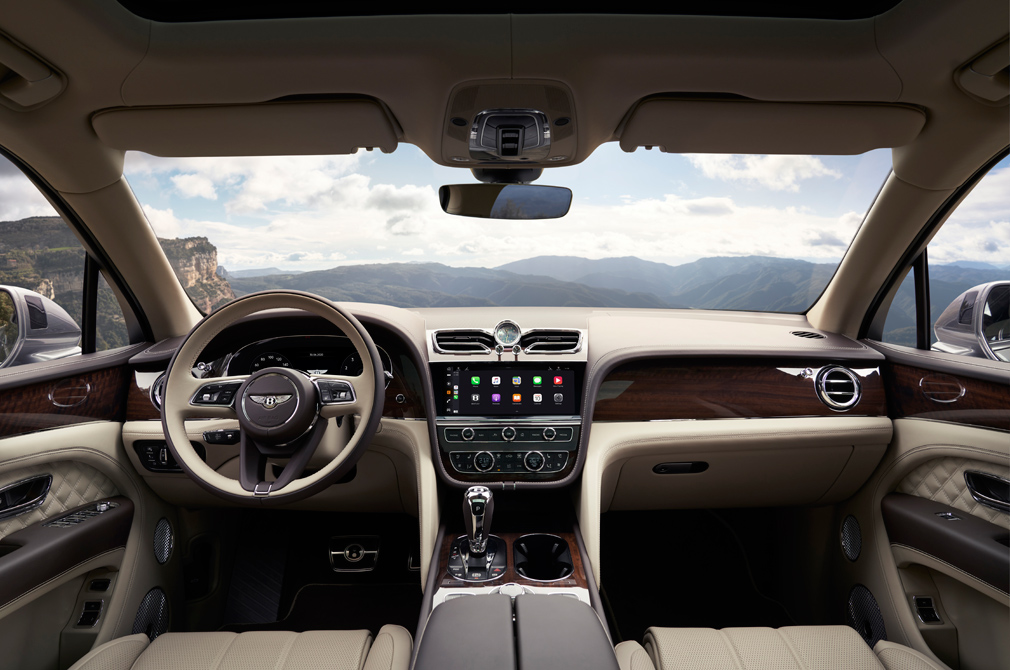 The centre air-conditioning vents have been redesigned.

The Bentayga’s fine handcrafted cabin has been re-imagined in this new model.

A new centre fascia houses the latest-generation infotainment screen. The central pair of traditional ‘bullseye’ centre vents have been replaced by a sculptured single vent with a flowing chrome bezel. 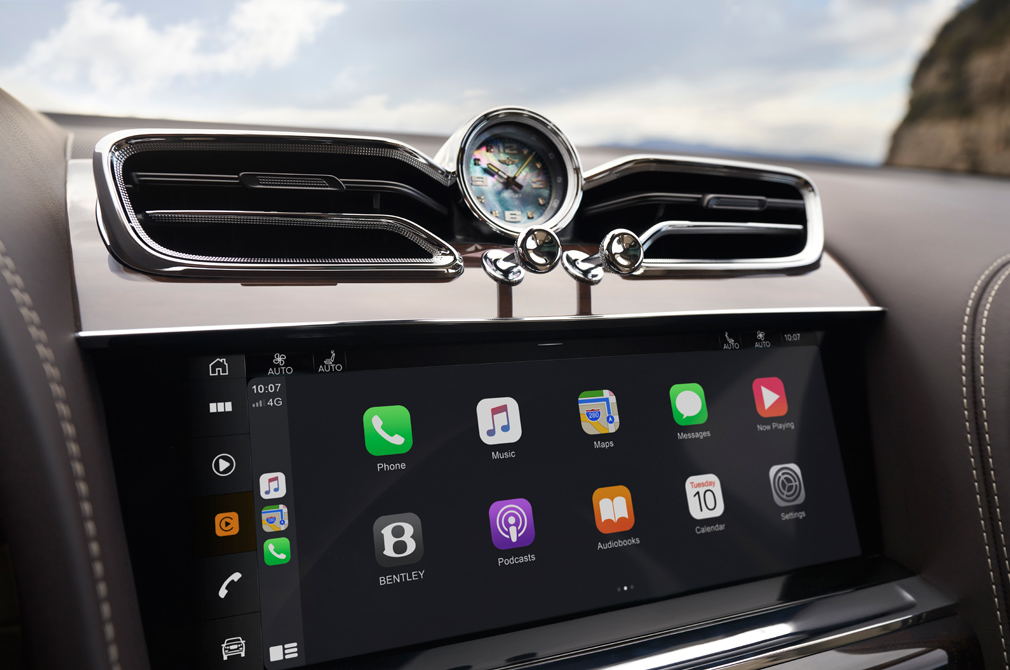 An all-new seat frame also doubles the travel of the rear-seat recline angle and will be installed in the five-seat Bentayga.

Wireless Apple CarPlay is now standard in the new Bentayga, along with Android Auto for the first time in a Bentley.

The Bentley Signature Audio system is now fitted as standard, offering exceptional quality by delivering 590W of power through 12 speakers.

Meanwhile, the optional Naim for Bentley system delivers 1,780W of power via no less than 20 speakers. It now comes with redesigned speaker grilles that include an illuminated Naim badge. 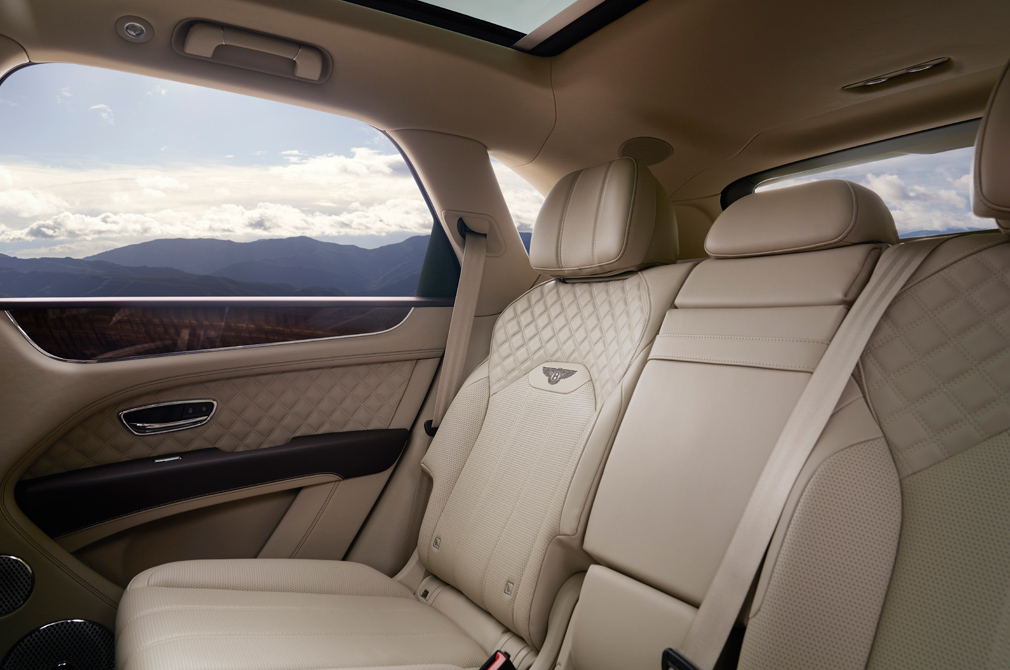 The top speed of the Bentayga is 290km/h while its zero to 100km/h sprint time stands at 4.5 seconds.

Up to eight drive modes – four on and four off-road – are offered on the new Bentayga. They are activated via Bentley’s Drive Dynamics Mode selector and the optional All-Terrain Specification.

The Bentley Bentayga Hybrid and Bentayga Speed models will be revealed at a later date.