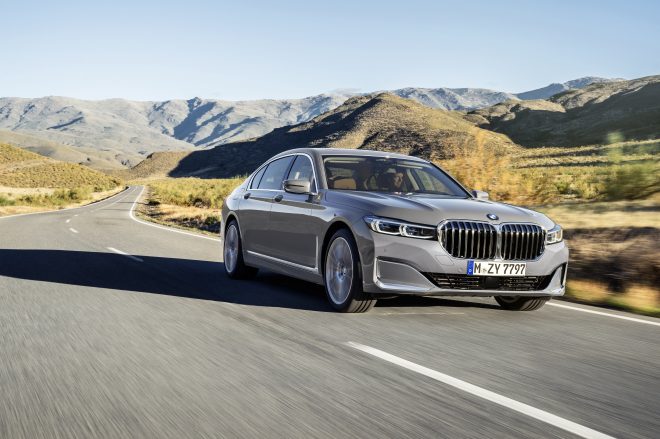 The new BMW 7 Series has launched in Singapore with more interior electronics and a much sharper look.

And yes, a larger grille, which we’ll come to in a minute.

But first, let’s dispense with the important stuff.

Firstly, the name has been changed. It’s now referred to as “The 7” instead of “7 Series”, a change sweeping across the entire BMW range.

The front has been a lightning rod of controversy ever since the new 7 was announced, so we’ll deal with that.

In short, it isn’t as bad as the photos make it out to be. Sure, the grille is large, but so are the headlights.

In fact, everything has been proportionately enlarged so the changes aren’t jarring. But you’ll still find yourself doing a double take at the double kidney grille when you first look at it. 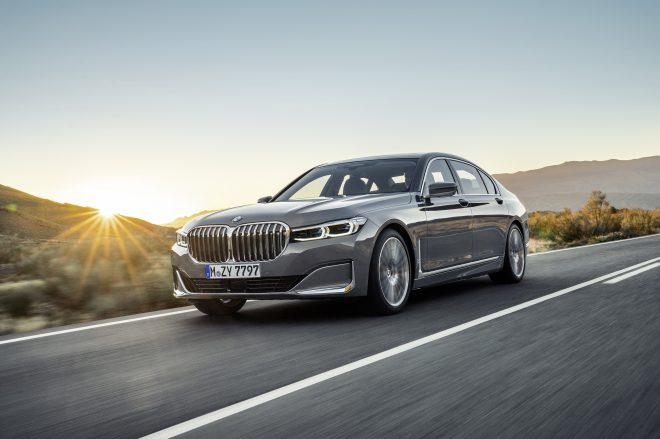 BMW says the kidney grille has grown by 40 percent.

BMW says the kidney grille has grown by 40 percent compared to its predecessor and it’s now framed by a single-piece surround and features bars in High-gloss Chrome.

Active air flap control opens the vanes of the grille when the car needs to gulp down more air, but otherwise, stay closed for maximum aerodynamic efficiency.

Atop that grille is the BMW badge that now has a diameter of 95mm – up from 82mm – to keep pace with the gaping grille.

The lower valance has also been tweaked with large air deflectors and chromed L-shaped trim strips. 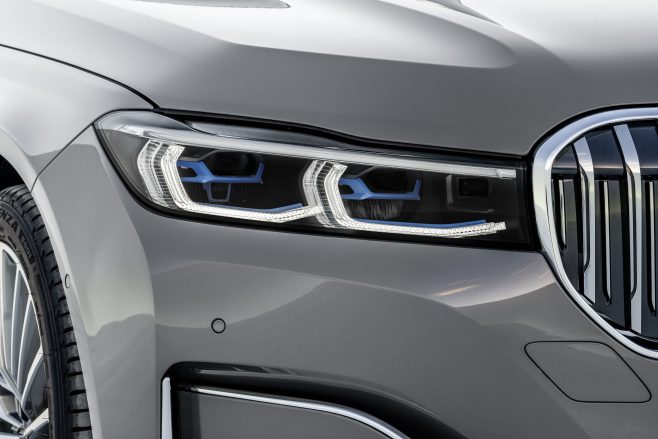 The headlights have been slimmed down too and come with Adaptive LEDs, with BMW’s Laserlight headlights an option.

How to tell the two apart? The laser headlights (don’t worry, they won’t pierce a hole in the car in front) have blue elements inside.

Around back, the new 7 Series’ rear lights are 35mm slimmer than the previous generation and now come with a 6mm-thick light strip that connects both rear lights.

Inside the new BMW 7 Series 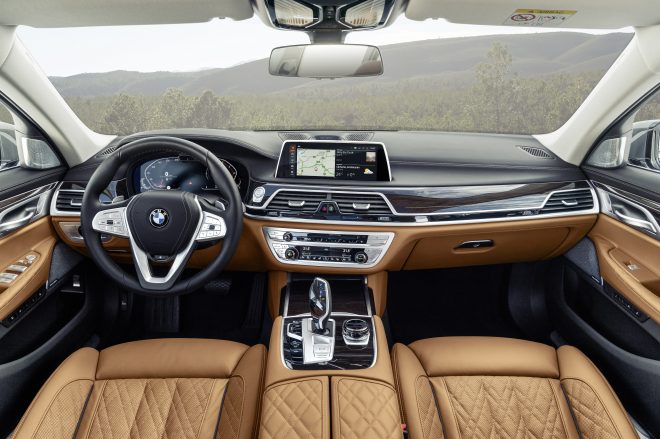 Inside the new BMW 7 Series.

Engineers have been busy inside the new 7 Series.

It comes as standard with Exclusive Nappa leather with extended appointments, with extended quilting available as an option (that is standard on the BMW 740Li Visionary).

There is further noise reduction inside with increased insulation in the rear wheel arches and B-pillar area.

Laminated glass with an increased thickness of 5.1mm is now used for the windscreen, side windows and rear window.

In a classic case of German overengineering, the electric power windows also get new drive motors and control units to ensure precise power management, remarkably smooth movement and a “consistent sound” when the windows are lowered and raised.

The new 7 Series also gets the ‘Hey BMW’ voice assistant and has the ability to receive software updates over the air.

It also gets BMW’s clever Reversing Assistant and Parking Assistant Plus and surround view cameras as standard. 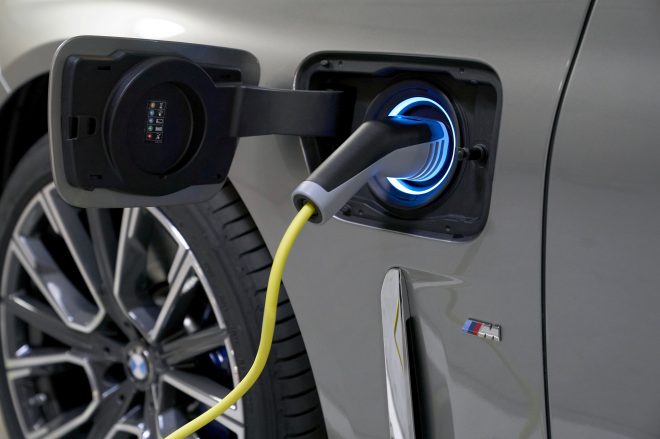 The new plugin hybrid is called the BMW 745Le.

Stepping up to the 740Li gets you six cylinders and one more litre of displacement. You also get 340hp and 450Nm of torque, which propels you to 100km/h from rest in 5.6 seconds and returns 12.7 km/L.

Meanwhile, the top-spec 745Le gets you all-wheel-drive (xDrive) and a specially-adapted 3-litre six-cylinder engine that’s mated to a 113hp electric motor with 265Nm of torque.

For this variant, pure electric range between 5054km is possible at a top speed of 140km/h.

Pricing for the new 7