Having been completely newly developed, the all-new Countryman now reflects considerable advancements in the areas of space, functionality, athletic flair and premium characteristics.

The newcomer is some 20 centimetres longer than its predecessor and approximately 3 centimetres wider. Its wheelbase has been extended by 7.5 centimetres. This growth results in significantly increased space on five fully fledged seats as well as a definite increase in storage volume and luggage transport versatility.

The cargo compartment volume is 450 litres and can be extended as required to a total of 1309 litres. This constitutes a maximum increase of 220 litres as compared to the predecessor model.

An electric tailgate control is available as an option. This makes touchless opening and closing of the tailgate possible in conjunction with Comfort Access. One unique option is the Picnic Bench – a flexible surface that folds out of the luggage compartment and provides seating for two people.

Thanks to its powerful proportions, the new Countryman has a particularly distinctive presence. Its unmistakable aura is defined by an extended ground clearance and raised seating position, further emphasised by the MINI ALL4 exterior look and high roof rails.

In the cabin, a clear increase in space, refined premium ambience and a modern display and operating concept reflect the progress achieved through the change of generation. With a clear horizontal structure, stretched lines and generously sized surfaces, the distinctively designed cockpit emphasises the solid character of the new Countryman.

For the market launch, there are two petrol and two diesel engines of the latest generation available to choose from, each with MINI TwinPower Turbo Technology. The range also includes the first ever MINI with plug-in hybrid drive. The all-wheel drive system ALL4 is optionally available for all engine variants.

In conjunction with the Wired package and the MINI navigation system Professional, it is possible to use another function developed exclusively for the Countryman that taps into the new model’s all-round talent in a way that is both innovative and entertaining. The MINI Country Timer registers all travel over sloping, uneven, unsurfaced and snow-covered roads and tracks. As soon as the Countryman moves on demanding terrain, the type and extent of the challenge are detected and shown on the display in the central instrument by means of graphics. 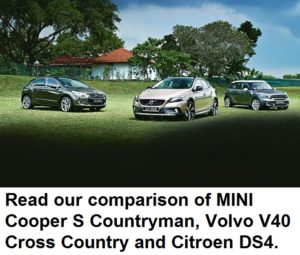 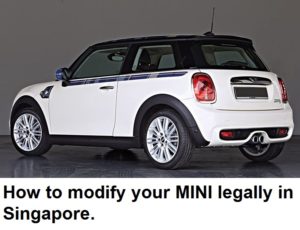