A series production version of the new Porsche Panamera has completed a full lap of the Nurburgring Nordschleife in 7:29.81 minutes.

Driven by test driver Lars Kern, the lap time now stands as a new record in the “executive cars” category in the official ranking of Nurburgring GmbH. 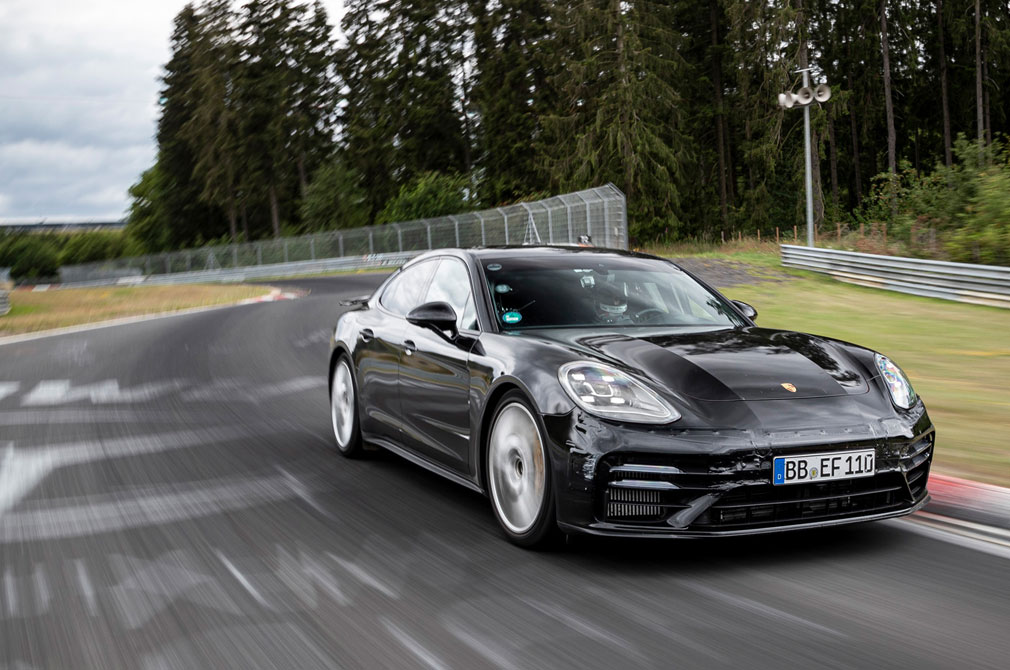 The Porsche Panamera that set the lap record was confirmed as a series production model with only the addition of a racing seat and roll cage for safety.

Save for a racing seat and a safety cage, the record-breaking Panamera has been confirmed as a series production car by a notary public, despite sporting camouflage.

The Michelin Pilot Sport Cup 2 tyres developed especially for the new Panamera and used for the record lap will be optionally available after the market launch.

“The enhancements made to the chassis and the powertrain of the new Panamera were always noticeable during this lap on what is recognised as the most demanding race track in the world,” says Kern. 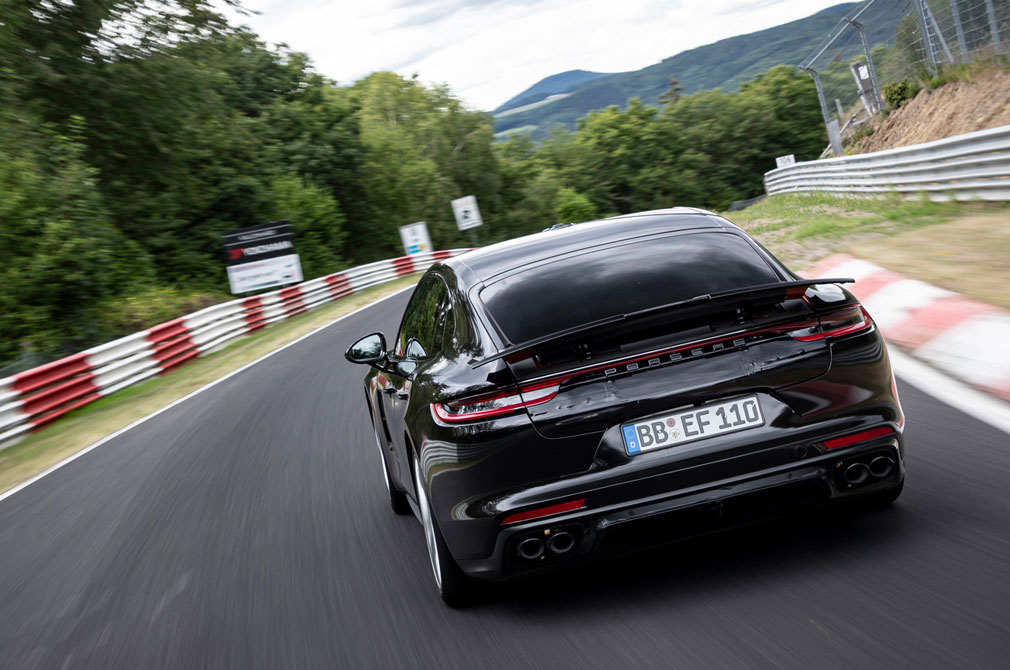 The new Panamera is scheduled to premiere at the end of August.

Read our review of the current Porsche Panamera 4 E-Hybrid Sport Turismo here!
Or look out for the upcoming Porsche Cayenne GTS and Cayenne GTS coupe!
Click here to discover more about the Panamera