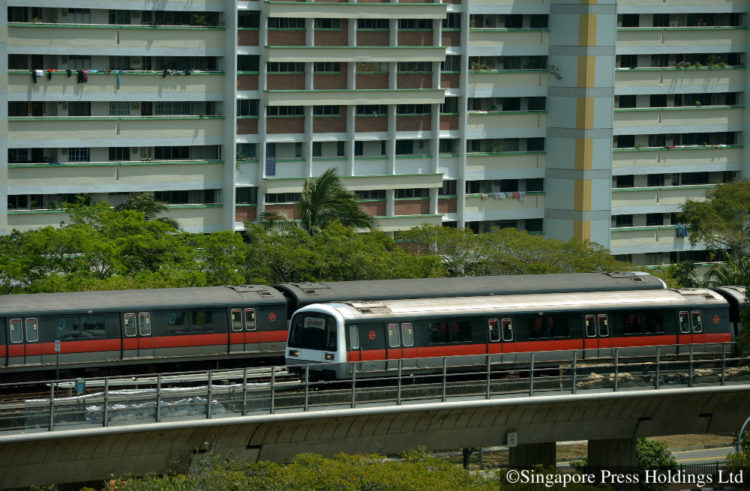 Two SMRT trains passing each other along the North-South line near the Woodlands MRT station.​

Transport operator SMRT in a tweet at 9.06pm advised commuters to add 20 minutes’ travelling time between Marina South Pier and Toa Payoh stations, due to a signalling fault on the new signalling system.

The train was unmoving at Orchard MRT Station for about 15 minutes while a Straits Times reporter was on it. The doors opened and closed for a few times, and the platform was crowded.

An announcement at the station said: “Attention all passengers. There’s a track fault ahead. This train will depart delayed.”

It took him 40 minutes to get from Somerset station to Newton station, which are just two stations apart. SMRT said in an update that there are free regular bus services between the affected stations.

SMRT said in an update at 9.43pm that the fault had been cleared, and train services were being progressively restored.

SMRT said at 10.09pm that train services between affected stations had resumed, and free regular bus services were no longer available.

Transport Minister Khaw Boon Wan told Parliament on Monday that the new signalling system on the NSL is stabilising.

He said resignalling on the NSL is expected to be completed by the end of the year, possibly before December.

However, he added that some glitches remain that need to be fixed, including instances where trains exceed platform screen doors by a certain distance when stopping at the station, or doors failing to open.