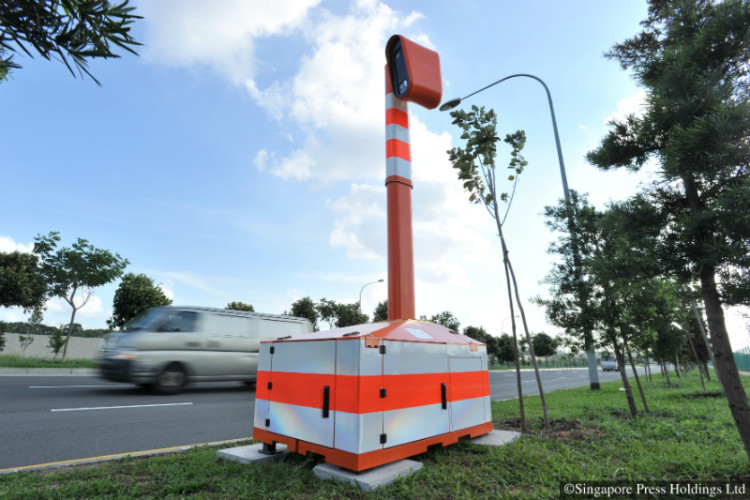 In their latest bid to clamp down on speeding, the Traffic Police have from this week started using a new mobile digital speed trap at accident-prone areas, where motorists are known to speed, and areas where illegal races are held.

Called the Mobile Speed Camera, these bright orange cameras are equipped with their own power source and capture images digitally. They can be deployed anywhere within a week.

They are part of a new targeted approach to curb speeding. The Traffic Police attributed the drastic drop in speeding and running red-light offences last year to the use of digital red light cameras and speed traps.

Motorcyclists made up almost half of those killed on the roads last year. A rise in the number of motorcyclists and their pillion riders getting injured on the road was also behind the increase in the overall injury accident count.

There were also more accidents involving elderly pedestrians aged 60 and older. There were 211 such accidents last year, and over a quarter was due to jaywalking.