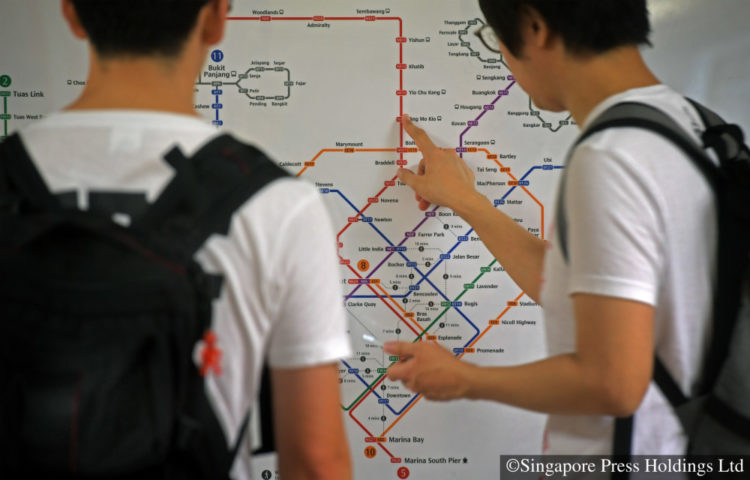 This map shows the walking time between stations on different lines. The timings were derived by conducting walking trials based on Singaporeans’ average walking speeds.

A new MRT network map which will be made available at stations in the city will show commuters how to save time on their trips, and burn off some calories at the same time.

This map, which shows the walking time between stations on different lines, will also come in handy during train disruptions, serving as alternative routes for commuters.

With the rail network in the central area becoming more dense, stations on different MRT lines are now within walking distance, making them faster to reach on foot, rather than making transfers via train.

The Land Transport Authority (LTA) said that the map will help commuters “decide if they prefer to walk and save time on their commute”.

The timings were derived by conducting walking trials based on Singaporeans’ average walking speeds.

There are 18 such travel hacks on the map.

One of them is from Telok Ayer MRT station to Raffles Place MRT station. By train, this takes about 23 minutes, as the commuter will have to make a transfer from the Downtown Line to the East-West Line at Bugis MRT station.

However, the estimated walking time between the two stations is just five minutes.

When the third phase of the Downtown Line (DTL3) opens on Oct 21, commuters may also find it more convenient, for example, to walk five minutes from the existing Rochor station to the new Jalan Besar station, rather than travel the central loop on the same line to reach their destination. 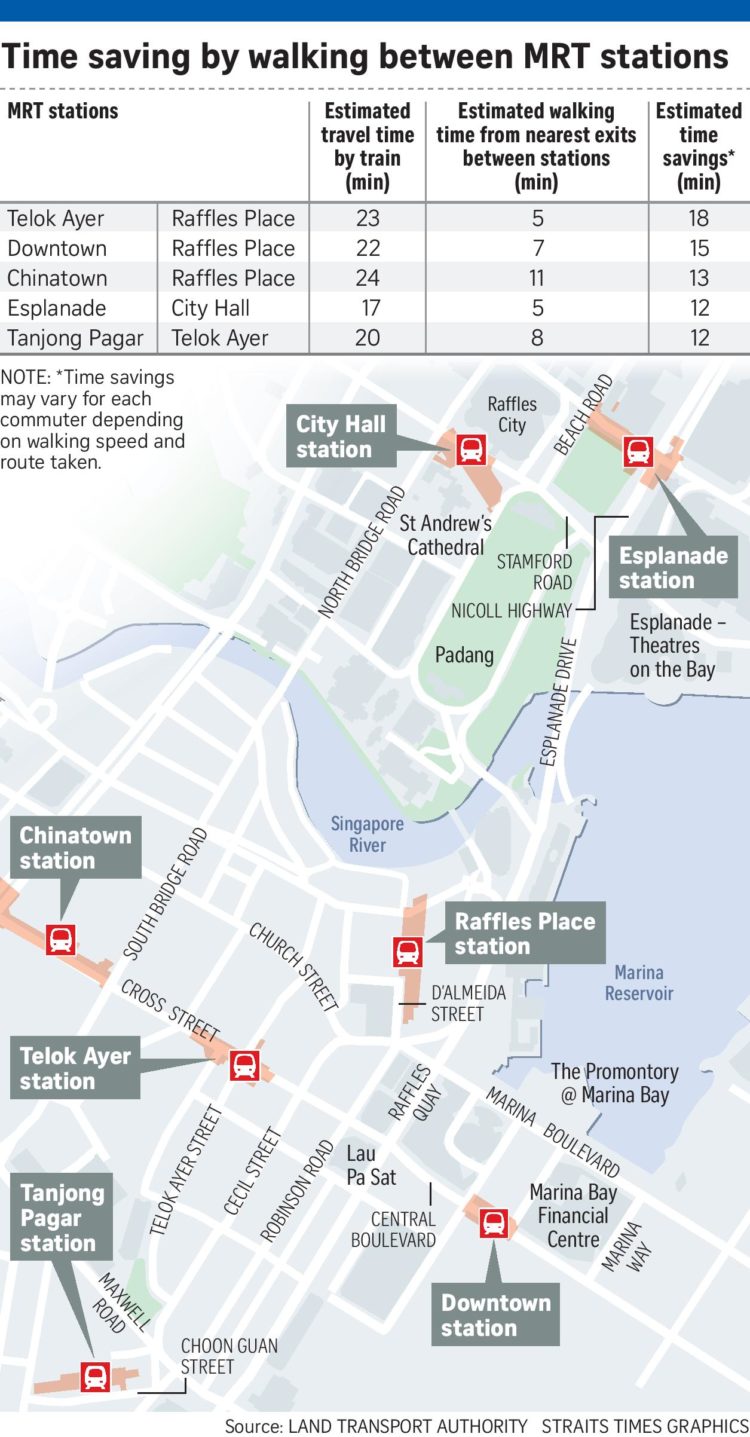 Commuters welcomed the new MRT map, saying that it will give them more options.

However, housewife Yeo Lay Hong, 55, felt that some of the walking times were underestimated, such as the 10-minute trod between Bugis and Bras Basah stations.

“You have to walk quite briskly to reach in 10 minutes. Elderly folk may take longer. Perhaps a range could be provided instead of a single timing,” Madam Yeo said in Mandarin.

“If you get lost, it is definitely going to take longer,” he said.

The LTA said it will study public reception and feedback to the WTM, and look at providing detailed walking directions between the MRT stations, as well as the “feasibility of expanding this initiative”.

“It can be helpful for commuters who are stuck in the Central Business District (CBD) or city area and need to find an alternative or less congested (rail) route to their destination. That quick overview of other options can help in the decision-making,” said Ms Tay.

Singapore University of Social Sciences transport researcher Park Byung Joon said that in the future, the fare system could be tweaked to recognise such transfers, rather than have commuters pay for a new trip once they tap out of fare gates, and re-enter the network.

Ms Tay also said of the map: “It is a good way to encourage more walking for a healthier lifestyle… provided the weather is not too hot.”