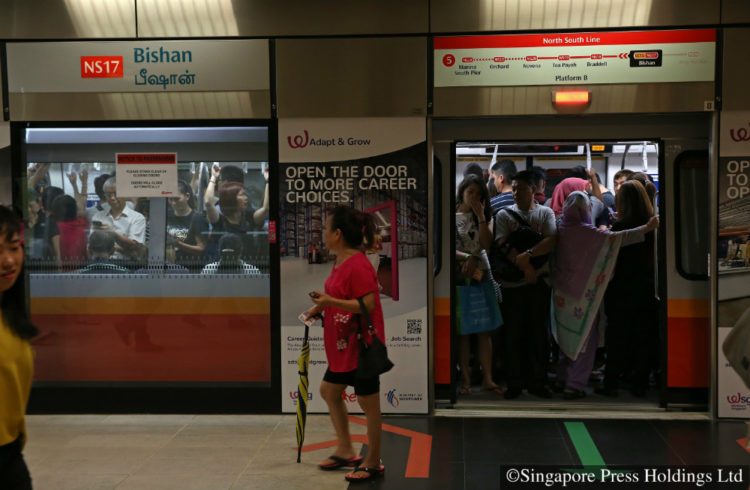 Train service went back to normal at Bishan MRT station at around 10.20am after several train faults were reported on the North-South Line on Thursday (Nov 9).

Complaints surfaced as early as 7.30am, with commuters reporting on social media of a train fault at Bishan station.

There was an in-train announcement at City Hall station about a train fault.

Manager Neal Ang, 38, told The Straits Times he was at Yishun station at around 8.40am when he saw that the platforms were overcrowded.

“Some gantries were closed and the escalators were stopped to manage the crowd,” said Mr Ang.

The last reported train fault on the NSL was on Monday morning, when a defective train ran past the platforms at Bishan and Ang Mo Kio stations.

This led to delays for commuters heading towards the city.

Transport Minister Khaw Boon Wan, as he delivered a ministerial statement in Parliament on Tuesday to address recent lapses in SMRT’s maintenance regime, said train operating hours on the North-South and East-West lines (NSEWL) will likely be shortened – including on weekdays – to give rail engineers more time to replace and upgrade their ageing assets.

He said this will “squeeze out more engineering hours” and help the Land Transport Authority (LTA) and SMRT “speed up” projects to renew core components on the 30-year-old NSEWL.

“Until all these key ageing systems are replaced or renewed, the NSEWL remains at risk of major disruptions, even with diligent maintenance,” Mr Khaw warned. 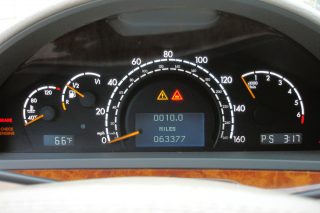