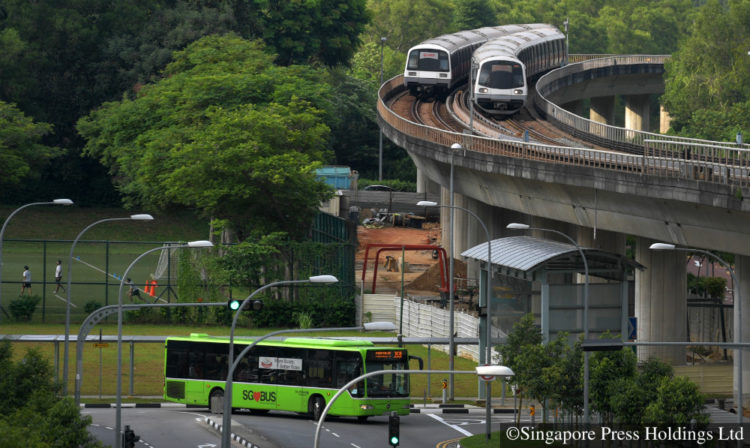 MRT trains travelling along the tracks near Pasir Ris MRT station while an Tower Transit bus makes a turn below.

According to Public Transport Council chairman Richard Magnus, the council has been asked by the Transport Ministry to review the findings of the Free Pre-Peak Travel and the Off-Peak Pass trials.

In his blog published on Thursday (Oct 19), Mr Magnus said the aim was “to assess if tiered or differentiated fares to incentivise off-peak travel on public transport should become a permanent feature”.

“The concentration of travel within a few hours each day is resource-intensive and inefficient,” he noted. “A more sustainable solution is to spread out travel demand across the day.”

The chairman said Singapore’s experiment with differentiated fares was not new. Several major cities, including Sydney and London, have been differentiating peak and off-peak fares “with some success”.

“The council is therefore evaluating travel patterns to determine how a differential fare mechanism can best help smoothen travel demand in Singapore,” he wrote.