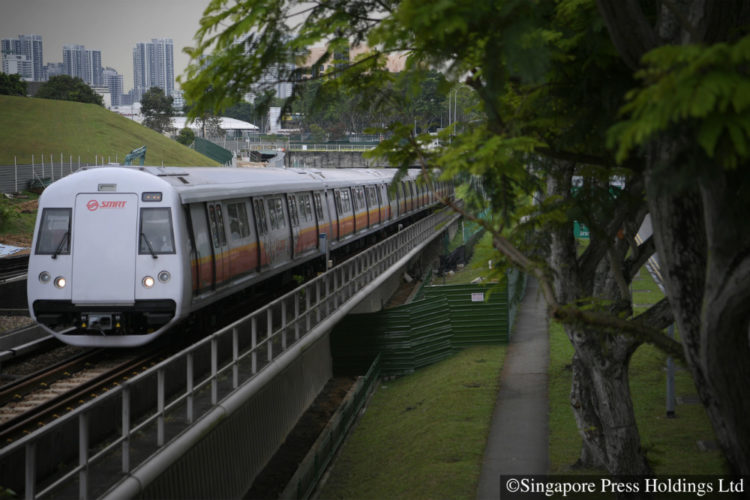 Almost two months after flooding disrupted service on the North-South MRT line for 20 hours, a committee has been formed by the Land Transport Authority (LTA) and water agency PUB to prevent such incidents from recurring.

This was announced by Coordinating Minister for Infrastructure and Minister for Transport Khaw Boon Wan yesterday.

Speaking at the fifth Joint Forum on Infrastructure Maintenance, Mr Khaw said the new committee will study long-term measures “beyond our generation” and put them in place.

“The PUB/LTA Standing Committee will institutionalise our lessons and hard-earned experiences, lest they disappear with us at the crematorium,” he said.

In response to queries, LTA and PUB said the committee will “assess the resilience of the flood protection measures for critical transport infrastructure against climate change, and review the emergency preparedness plans and collaborations between LTA, the public transport operators and other agencies during joint exercises”.

Though they did not provide details such as who will head the committee, the two agencies said the committee will put up an “annual comprehensive review”, to be submitted to the Transport Minister.

Mr Khaw told the forum that the committee stemmed from a suggestion made by former PUB chairman Tan Gee Paw, who said in an e-mail to PUB and LTA on Nov 12 that such a committee could meet every six months to “keep track of progress and take up new developments in tunnel flood prevention”.

In the 1960s, Mr Tan – who was also selected by Mr Khaw two years ago as his rail transformation adviser – was instrumental in drawing up the Bukit Timah Flood Alleviation Scheme, which helped ease flooding in the rapidly developing Bukit Timah catchment area.

In his e-mail, Mr Tan noted: “In Taipei, where they have to deal with typhoons, their tunnel portals are protected with sluice gates to completely seal the tunnels against flooding, and of course all rail services are suspended during typhoons.

“We may never experience typhoons, but we will experience heavier rainfall periods, as the typhoon belt shifts southwards and we sit at the periphery of these typhoons.”

Mr Tan suggested that Singapore could follow Taipei in building sluice gates for new tunnels, noting that retrofitting sluice gates on existing lines is “near impossible”.

On Oct 7, flooding in the MRT tunnel between Bishan and Braddell stations disrupted service on the North-South Line for 20 hours, affecting about 231,000 commuters.

On Nov 27, SMRT said it had found 13 employees guilty of failing to maintain an anti-flooding system, which led to the Oct 7 flooding.

Some were found to have falsified maintenance records.

Eight were sacked, one was demoted, and disciplinary action was taken against another two. Two others quit shortly after the incident.

At the forum – organised by LTA and PUB as well as rail operators SMRT and SBS Transit – at the Environment Building in Scotts Road, Mr Khaw said: “The Oct 7 flooding incident will be remembered for a long time – it better be.”

He added that the flooding incident was not a failure of engineering but of organisational management at SMRT.

However, Mr Khaw said he had “full confidence” in SMRT chairman Seah Moon Ming. Mr Seah announced yesterday that he was stepping down as chief executive of Temasek unit Pavilion Energy to focus on his SMRT role.