Petrol prices in Singapore: Why they may not fall when oil prices do
Loading posts...
0 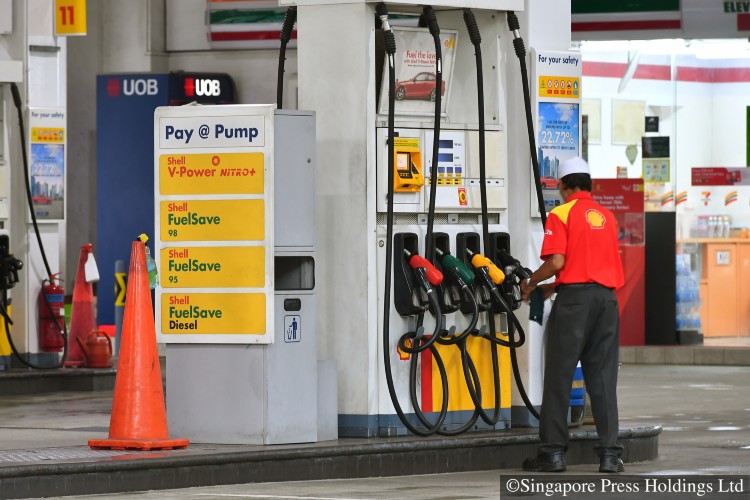 Petrol prices in Singapore are determined and influenced by a variety of factors.

Drivers may not always end up paying less for petrol when oil prices fall as factors like demand for other types of oil and excess supply play a part, said Senior Parliamentary Secretary for Trade and Industry Dr Tan Wu Meng in Parliament on Tuesday (May 26).

MP Ang Wei Neng (Jurong GRC) had asked if major oil companies in Singapore displayed oligopolistic behaviour, and what the realistic selling price of the popular 95-octane petrol was in the light of crude oil prices being zero or less.

Mr Ang also asked if the Ministry of Trade and Industry (MTI) will mandate oil companies to publish their lowest petrol and diesel prices after their best discounts.

Dr Tan told Parliament that between April 20 and 22, Brent crude – the worldwide benchmark for oil – fell from US$28 per barrel to US$16, the lowest price in over two decades.

West Texas Intermediate (WTI) Crude – an oil benchmark used by the United States – fell from US$18 to minus US$38 per barrel on April 20, an unprecedented phenomenon.

While such a fall “generally results in a drop in retail petrol price”, this may not always happen due to multiple factors, Dr Tan said.

Dr Tan explained that a quantity of oil is firstly refined into different products, with the quantity of each type of product more or less fixed.

“If there is a change in demand for one of the refined products, it can affect the supply and demand situation for the others,” he said. Demand for jet fuel, for example, has plunged during the COVID-19 crisis as fewer planes take to the air.

It would result in refineries cutting back on crude oil refinement, which in turn reduces the production of other refined products, including retail petrol.

Such a move would then push up prices of oil products, like petrol, despite no change in underlying demand. Other factors include the petrol companies’ operating costs, land costs, duties and taxes, and discounts and rebates, Dr Tan said.

A 2017 study by the then-Competition Commission of Singapore found that although the major petrol retailers “regularly monitor and respond to each other’s prices and promotions”, it also found that prices “do not always move in tandem among the petrol retailers”.

“There was no observable pricing pattern, such as a clear price leader, either for price increases or price decreases,” Dr Tan said.

The study revealed that between January 2010 and December 2016, for every 10-cent change in petrol prices, both upwards and downwards, the listed retail petrol price changed by an average of seven cents.

The study also showed petrol prices took an average of eight days to rise and six days to fall.

“If you look at the empirical evidence, it does not suggest listed retail petrol prices adjust downwards more slowly, or by a smaller amount, compared to upward price adjustments,” Dr Tan said.

Regardless, the Competition and Consumer Commission of Singapore (CCCS) is monitoring the situation closely and will take enforcement action should evidence of anti-competitive activity surface, he said.

On whether “white pump” fuel kiosks – bowsers maintained by companies for their own vehicle fleets – could be opened to motorists, Dr Tan said that while such companies are currently not allowed to sell to the public, the ministry was prepared to “carefully” consider such suggestions.

Dr Tan urged consumers to use the popular petrol price comparison site Fuel Kaki, run by the Consumers Association of Singapore, to find out what they will eventually pay at the pump.

The site compares fuel prices across different petrol retailers after discounts and rebates.

“Well-informed consumers are a key deterrent against unreasonable pricing decisions,” he said.

Motorists complain that petrol prices remain unchanged despite drop in oil prices
US oil prices plunge below zero for first time in history
What determines petrol prices in Singapore?