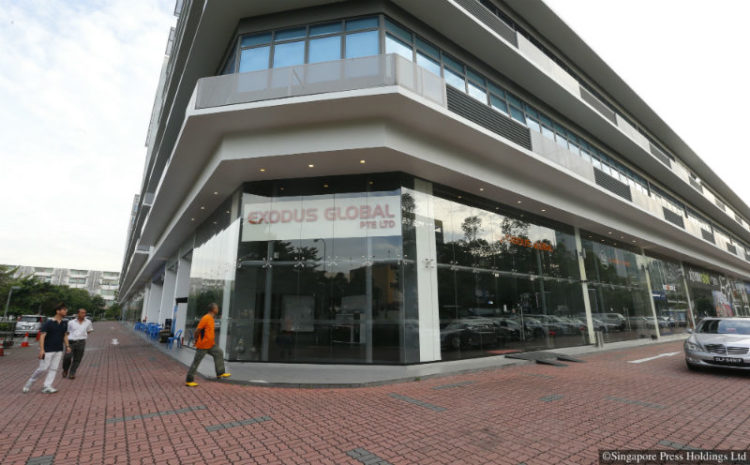 Some customers of parallel importer Exodus Global have made police reports after they did not receive their cars despite paying for them.

At least seven customers have paid $493,470 to the firm since October last year, according to police reports seen by The Straits Times.

Four of these customers paid the full downpayment for their cars, but are still waiting to get them.

The firm, which is located in Ubi Avenue 3, said on its website that it deals in parallel imports and local “pre-owned vehicles”.

Parallel importers buy cars from dealers abroad and sell them here, typically at prices lower than those charged by the authorised dealers.

The firm also appears to have sold cars through De Auto Boutique and De Auto Leasing, which says on its website that it is a division of Exodus Global.

In July and August this year, four customers were told that their vehicles were ready for collection within two weeks.

However, so far, none of the customers who made the police reports has received his or her car. Three of them said they were told by Exodus Global director Andy Chin that the firm was experiencing financial difficulties.

When contacted, Mr Chin said he was not ready to comment.

An information technology executive, who wanted to be known only as Mr Ong, 46, said he made the full payment of $136,500 for a Toyota Harrier on July 24, after he was told the car would be delivered by Aug 4.

However, delivery was delayed. The firm said it was having problems with car registration, among other things.

“I’ve suffered sleepless nights. There’s a lot of anger because it has dragged on for so long,” he said.

The chances of getting his money back? Almost zero, he added.

The Consumers Association of Singapore said it has “handled three cases against De Auto Boutique/Exodus Global and received a separate 20 enquiries about the same company”.

In 2014, about 108 people said they paid about $3.6 million in deposits to parallel importer Volks Auto, for cars that were not delivered.