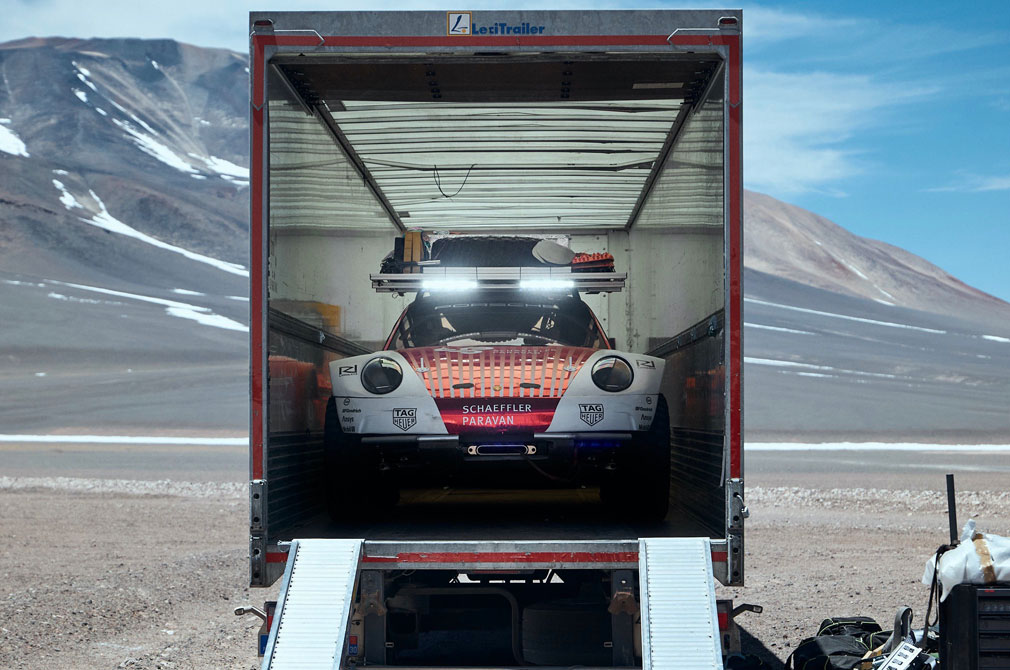 Two experimental examples of the Porsche 911 have scaled 6007m up the highest volcano in the world.

Presumably unimpressed by Lamborghini’s go at the Umling La Pass, a team from Porsche has driven two modified 911s up the slopes of Ojos del Salado, the highest volcano in the world.

Compounding these hazards also was the fact that at this altitude, both the cars and adventurers would have only half the available oxygen in the air, as compared to at sea level. 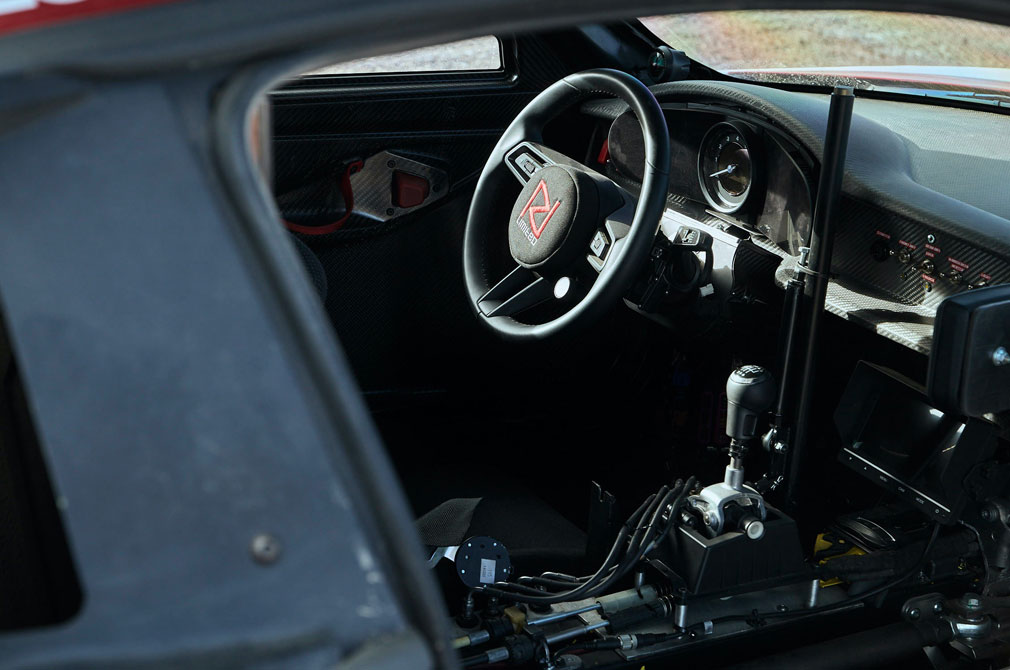 Porsche states that the 911 proved to be an excellent car for this assignment, thanks to its lightweight chassis construction, short wheelbase, and ample power.

All factors which aid when off-road. Who says the Germans don’t have a sense of humour?

To be fair, the two examples of the Porsche 911 that made the journey saw quite an extensive list of modifications. Both cars are based on a Carrera 4S equipped with a factory standard turbocharged flat-six engine.

However, the list of upgrades included the fitment of roll cages, carbon fiber seats and harnesses. Portal axles were also employed to increase ground clearance by 350mm. 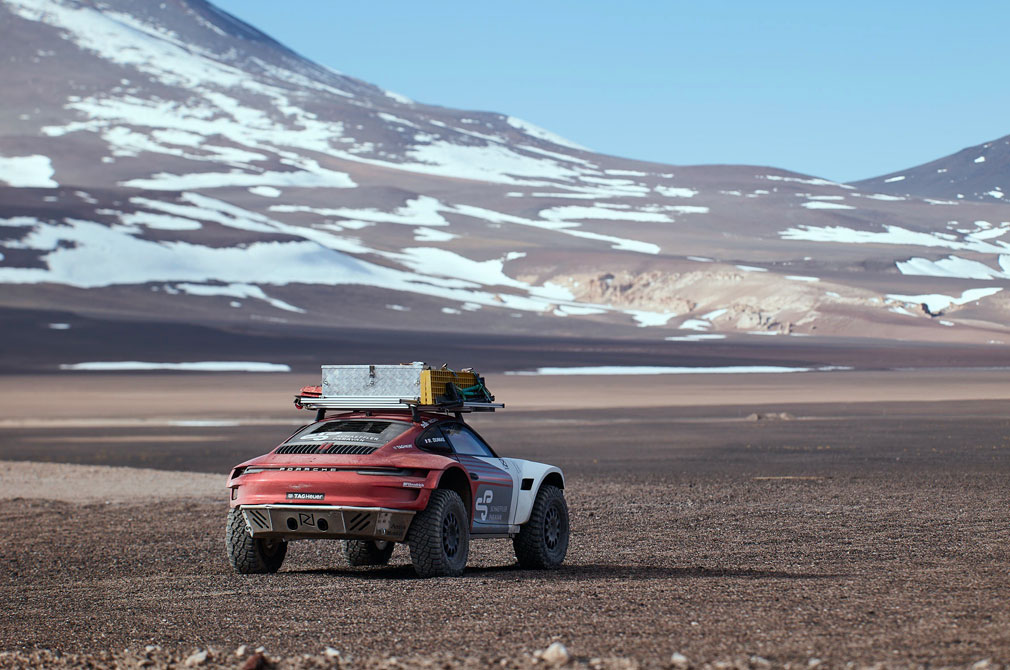 Porsche states that the cars were additionally fitted with a Warp-Connecter – a mechanical link between all four wheels that evenly distributes wheel load even when the chassis is enduring extreme articulation – for maximum traction on the dirty stuff.

That 6-cylinder unit in the Porsche 911 also sent its power to a gearbox with modified ratios, which then sent power to the wheels via manual, switchable differential locks.

Aramid fiber underbody protection as well as a repositioned cooling system also give the cars a fighting chance against the sharp rocks of the journey.

Will Lamborghini be able to whip up something to beat this?