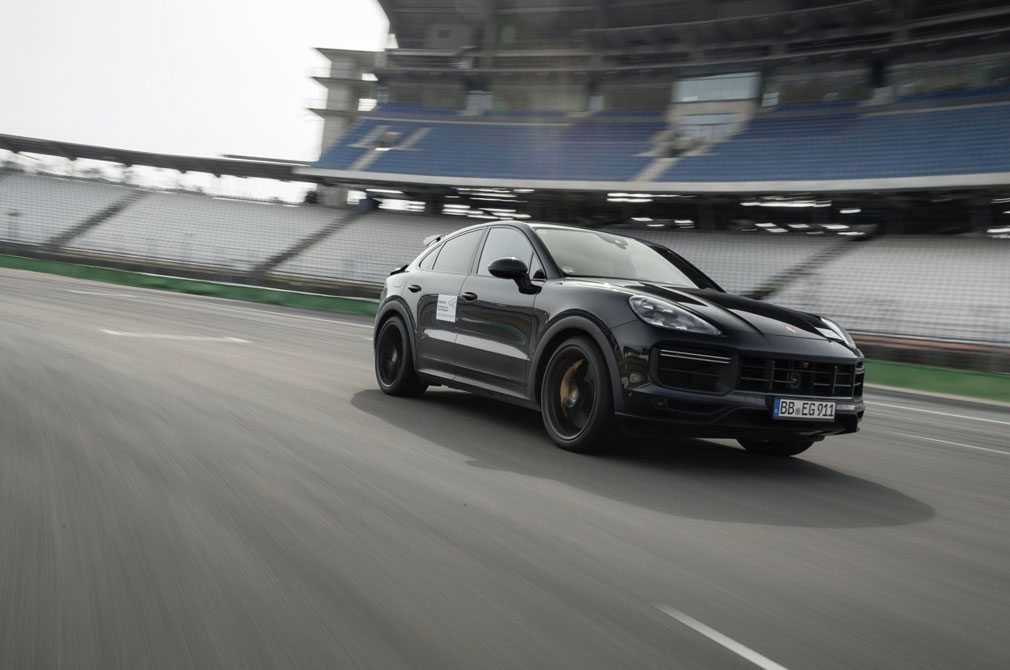 Porsche is currently testing what is said to be a new high-performance Porsche Cayenne model at the Hockenheimring race circuit.

And in case you’re in any doubt about the new model’s performance, Porsche has recruited Walter Rohrl, two-time World Rally Champion and Porsche Brand Ambassador, to take the prototype through its paces.

Not much has been revealed about the new model as yet, but early signs are promising. Walter Rohrl himself has described the new model as “great leap forward compared to everything that has gone before.” Stating that, “This car redefines the meaning of the term SUV”. 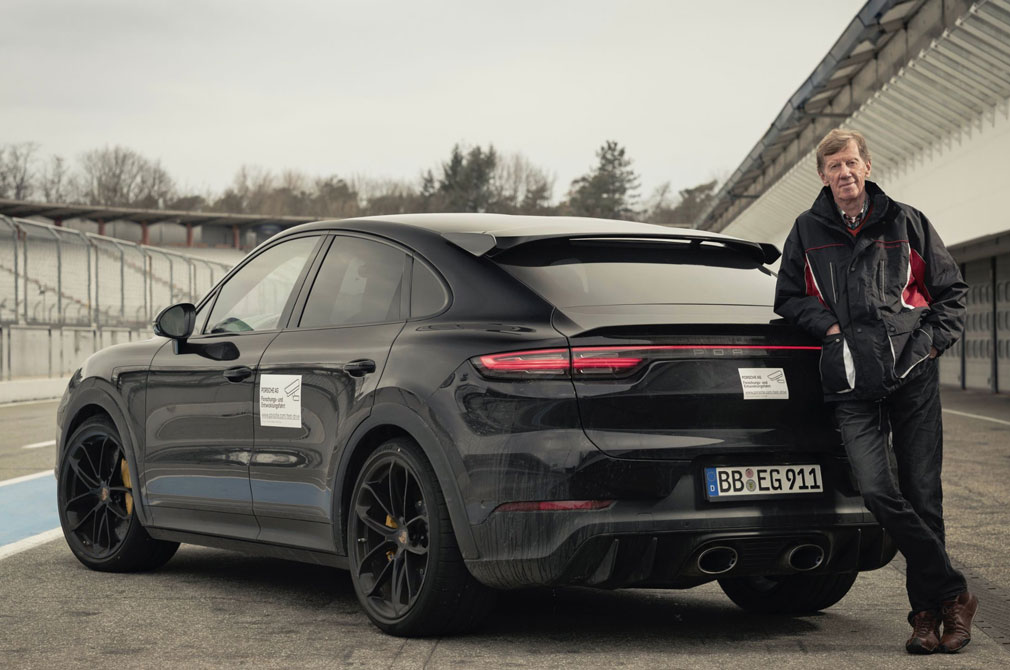 Walter Rohrl has extensively tested prototypes of the new Cayenne on the Hockenheimring circuit.

Porsche meanwhile, states that the new model will deliver the “exceptional on-road performance without neglecting driving comfort and everyday usability.”

Already undergoing final testing and optimisation, the new Porsche Cayenne model will be based on the current Cayenne Turbo Coupe.

It is also set to receive a host of enhancements for its chassis and control systems, including its Porsche Dynamic Chassis Control active roll stabilisation system.

Its handling has also been improved thanks to a comprehensively revamped front axle. The front rims have been widened by half an inch, while negative camber has been increased by 0.45 degrees.

The changes will provide a larger contact area for the model-specific 22-inch sports tyres the new Cayenne will wear.