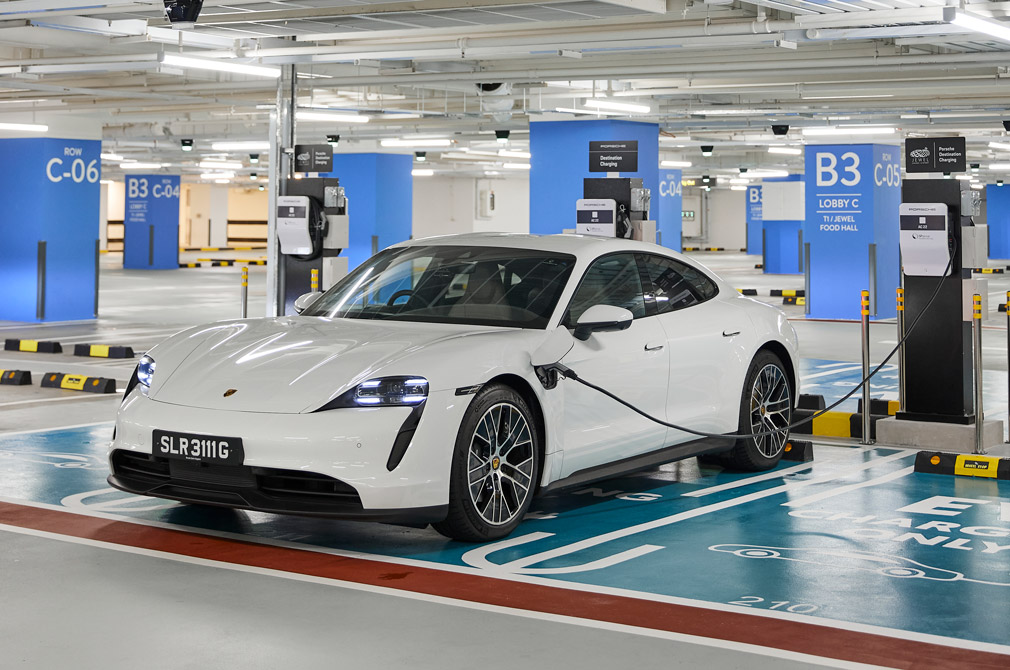 Electric vehicle (EV) drivers will soon be able to recharge their cars in Jewel Changi Airport.

The six charging stations that will be installed by end-December 2021 are the newest ones under Porsche Destination Charging, a programme that provides charging points at lifestyle destinations.

The charging points in Jewel will be constructed by SP Group, which operates the largest network of fast chargers in the country.

Changi Airport Group (CAG) says that its collaboration with Porsche extends its green efforts “from the airside of the airport to the public sphere.” 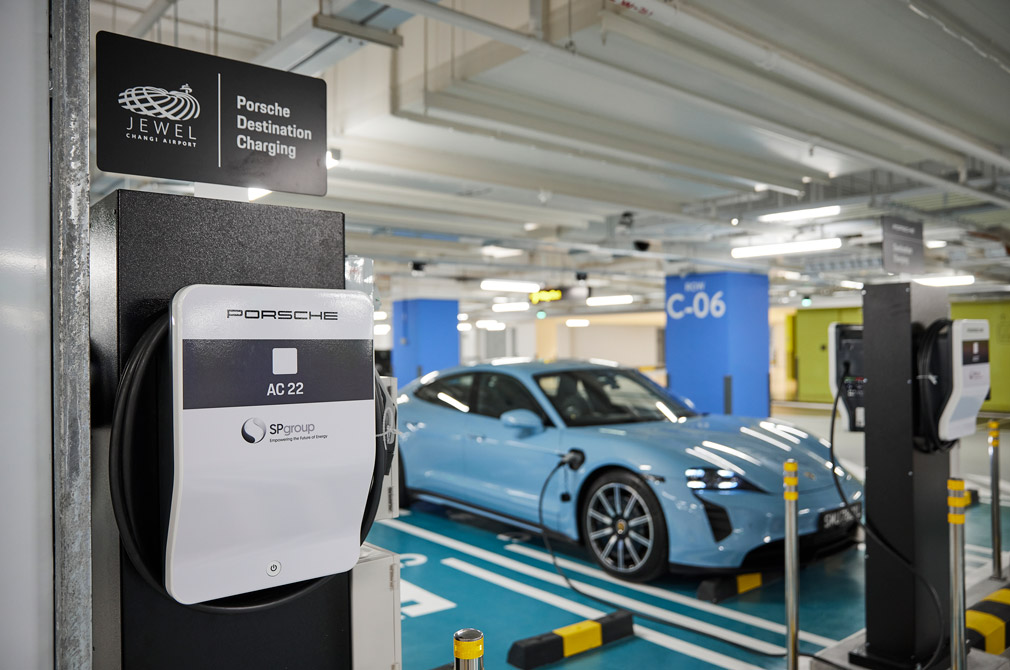 It has also been working with ground handlers at Changi Airport since 2017 to introduce more than 100 fully electric baggage handling tractors at the terminals.

A TAYCAN UP FOR GRABS

A Porsche Taycan is the top prize in Win With Changi, an airport-wide shopping promotion from November 2021 to October 2022.

One finalist will be picked each month in the lead-up to the grand draw at the end of the campaign period for a chance to win a Taycan.

To participate, Changi Rewards members must spend $50 at the airport’s terminals, Jewel, iShopChangi or Changi Eats. 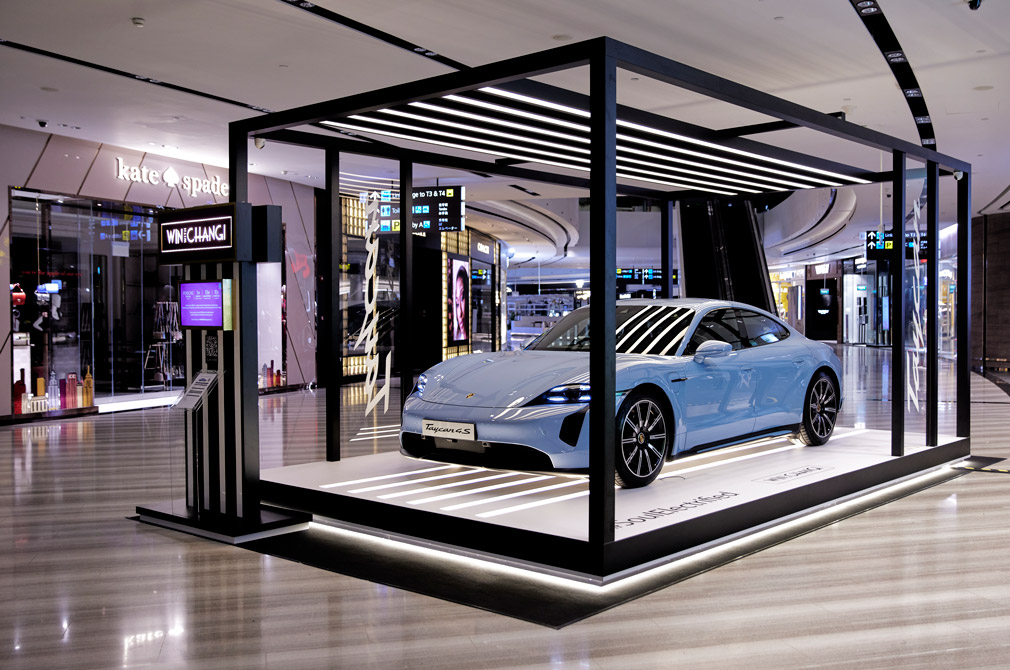