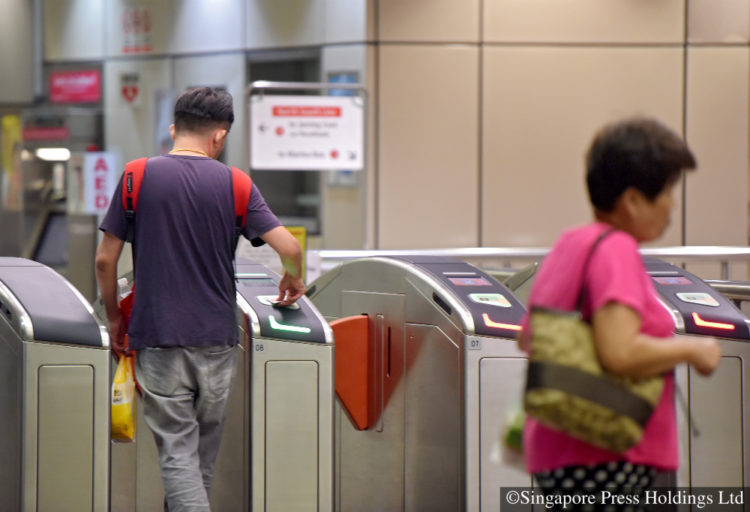 A man tapping out of Braddell MRT Station with his ezLink card.

Rail operators SMRT and SBS Transit said they have been notified by the council of the exercise. They have until Sept 29 to submit proposals on how they think fares should be adjusted.

The formula for adjusting fares – accounting for changes in the inflation rate, wages and an energy index that charts oil and electricity costs – suggests a maximum fare reduction of 3.9 percent this year. The formula will expire at the end of the year, with a new one expected in the first quarter of next year.

However, last year’s final overall reduction in fares of 4.2 percent did not hit its maximum allowed quantum of minus 5.7 percent. The remaining quantum was brought forward to this year, increasing the maximum that fares can be reduced to 5.4 percent. The figure helps to guide the council’s decision in reviewing fares.

Under the bus contracting model introduced last year, bus operators need not apply to the PTC to approve fares, but fare changes will still be decided by the council. Last year’s exercise translated into reductions of 1 cent to 27 cents for card fares. The council will announce the results of the review in the last quarter of this year.