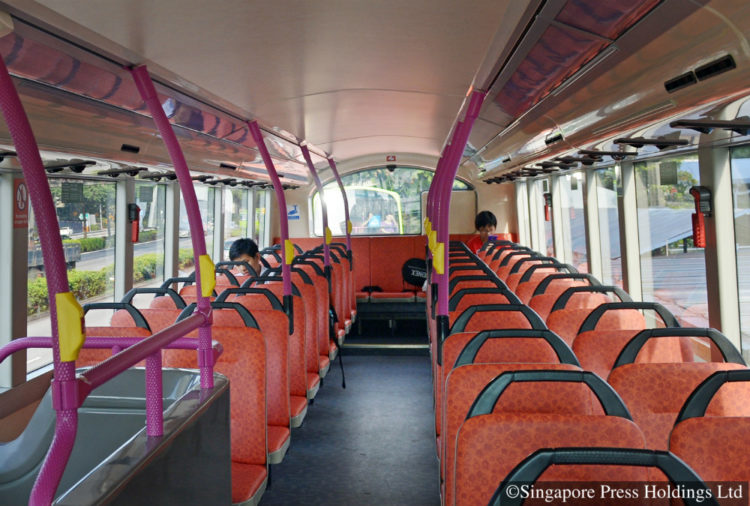 Public Transport Council (PTC) chairman Richard Magnus said in a blog post that the Government had spent massively on transport infrastructure, and the council could not turn a blind eye to this.

He also said the Transport Ministry and the council have since June been reviewing two schemes aimed at easing peak-period congestion on the rail network.

The aim, he wrote, was to “assess if tiered or differentiated fares to incentivise off-peak travel on public transport should become a permanent feature”.

“The concentration of travel within a few hours each day is resource-intensive and inefficient,” he noted. “A more sustainable solution is to spread out travel demand across the day.”

More than 65,000 commuters benefit from the Free Pre-Peak Travel scheme, which was introduced in 2013 and allows commuters free rides if they reach any one of 18 MRT stations in the city area before 7.45am.

Those who alight at these stations between 7.45am and 8am get a discount of up to 50 cents.

Another 13,000 commuters or so opt for the Off-Peak Pass scheme every month. The pass, at $80 a month, allows adult commuters to enjoy unlimited rides on buses and trains during off-peak hours on weekdays and all day on weekends and public holidays.

Mr Magnus noted that cities such as Sydney and London have been differentiating peak and off-peak fares “with some success”.

The Land Transport Authority has said that about 7 percent of commuters have adjusted their morning travel to the off-peak period after the introduction of the schemes. Mr Magnus said: “The council is, therefore, evaluating travel patterns to determine how a differential fare mechanism can best help smoothen travel demand in Singapore.”

Media analyst William Ng, 26, who started going to work earlier over the past month, hopes the scheme will become permanent.

“I arrive at Tanjong Pagar at about 7am, so the trains at that time are much less packed than during the peak hour,” he said.

In his post, Mr Magnus noted that the Government will spend $20 billion on new rail infrastructure over the next five years, on top of a $4 billion investment in the upgrading and expansion of rail operating assets, and another $4 billion on bus contracting subsidies.

“While these investments are a necessary part of the Government’s push to improve the public transport experience, they raise operating costs and impose a heavy cost burden on taxpayers,” he said. “The council, therefore, cannot turn a blind eye to this trend of rising costs but will have to ensure that the viability of the public transport system is sustained.”

Mr Magnus said the PTC is in the midst of its annual fare review exercise, and is reviewing the 2017 fare adjustment and rail operators’ proposals “against this background”.

Citing a Singapore University of Social Sciences study, which compared Singapore’s transport fares with those of 35 other cities worldwide, Mr Magnus said rail fares here are among the lowest in Asia, and are “considerably lower” than those of cities in Australia, Europe and North America.

Commuters he has talked to agreed that fares here were affordable, he added.

“We must, and will, continue to keep the voices of our commuters firmly at the forefront, even as we consider the rising costs,” he said.