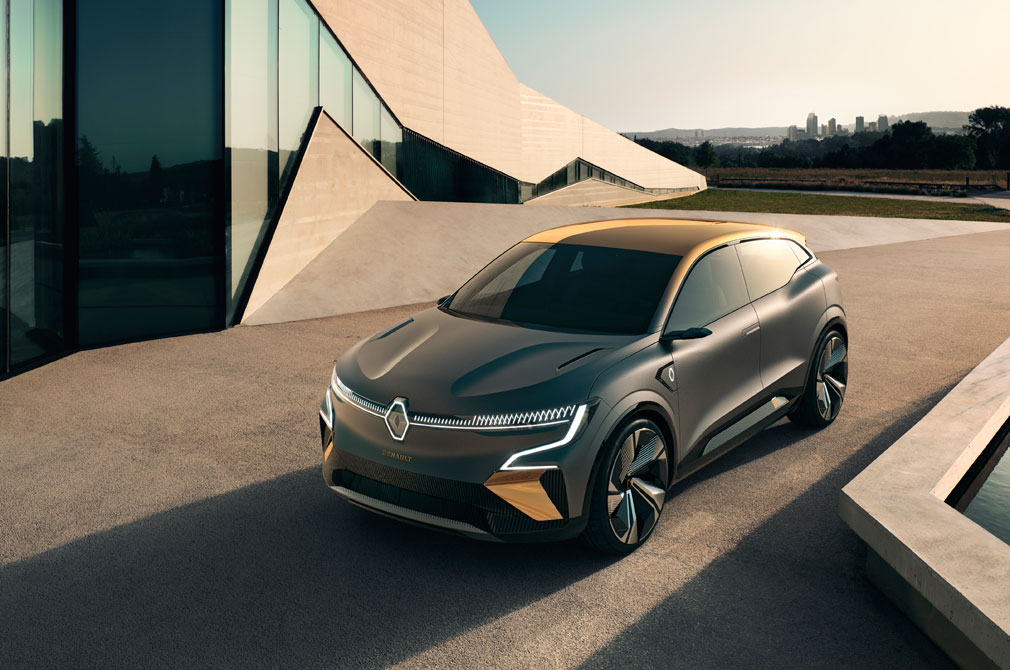 The concept sits on the firm’s new modular CMF-EV platform. Tested for over three million kilometres in France and Japan, the platform is designed to accommodate a variety of vehicle bodies, thanks to modular batteries that can be fitted vertically and horizontally.

As with other dedicated electric platforms, the CMF-EV will also have a flat floor as space for the exhaust system and transmission is no longer required. 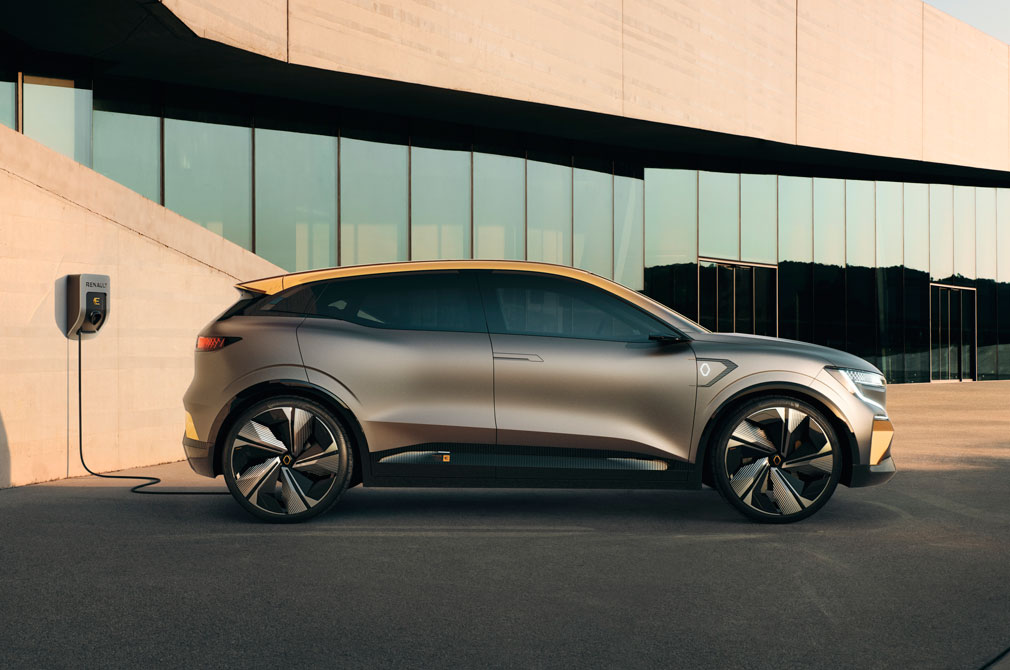 60kWh battery can be charged at speeds of up to 130kW.

The concept has an electric motor capable of 215bhp and 300Nm of torque, and accelerates from 0 to 100km/h in under eight seconds. Its 60kWh battery can be recharged by a DC charger rated for up to 130kW.

Design wise, the Renault Megane eVision is described as a modern interpretation of the Megane. It features short overhangs and a long wheelbase, and is embellished with large wheels and the height of an SUV.

The front sports a a highly sculpted design with air inlets at its lower sections, while slim and vibrant LED Matrix lights are linked by a 3D display. 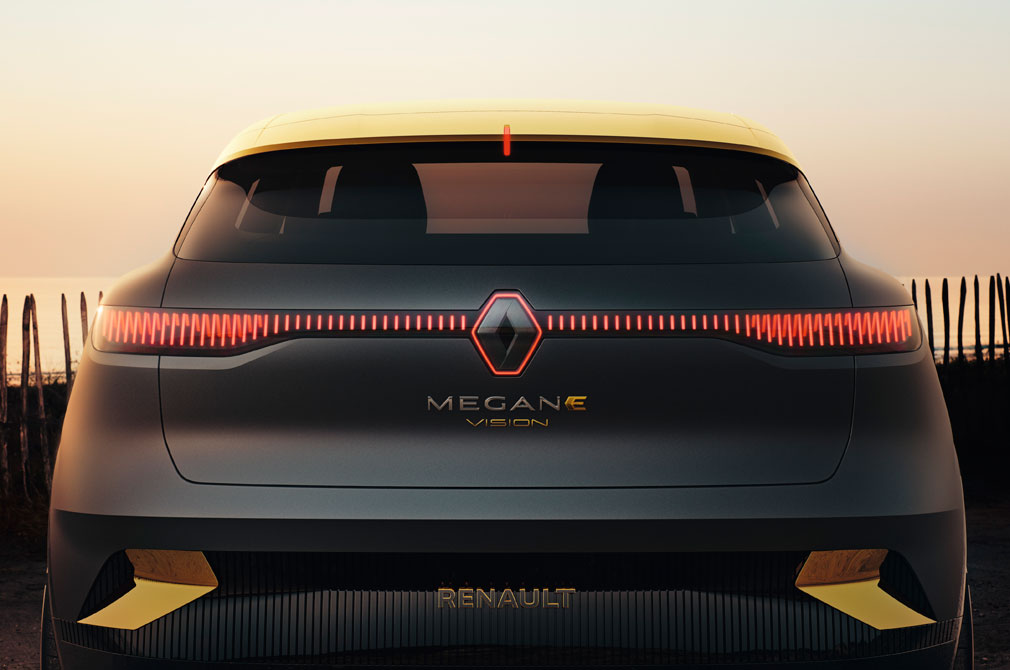 The floating roof is finished in a unique gold colour gradient that starts from the front windscreen pillar to accentuate the car’s sleek profile.

At the rear, a light strip runs the full width of the vehicle and encircles the Renault logo.

The production model of the Renault Megane eVision is set to be introduced in the UK in 2022.