The scene of the incident at Telok Blangah Crescent on 13 January 2017. A bizarre car chase ended with the arrest of a driver and his passenger for drug offences; it turned out to be a rental car recovery operation gone wrong.

Rental companies said they are increasingly concerned that some of their cars are being hired for criminal activities. Not only are the cars impounded during investigation, but some are also damaged during an arrest.

Between 2014 and last year, the Central Narcotics Bureau (CNB) detained more than 70 rental vehicles for investigations.

The latest case involving a rental car was on Jan 13, when police chased a Honda Fit for 5km before the driver and passenger were arrested for a drug-related offence.

Those in the car rental trade said the problem is fairly common.

Mr Elvin Ang, 32, a co-director of Elitez Car Rental, said: “I’ve seen more than 30 cases in the last five years. Most were drug-related.”

The car involved in the Jan 13 incident is from his company, which is located in MacPherson Road.

The Straits Times spoke to 15 such firms, which rent out everything from hatchbacks to luxury sedans. Nine of the companies said their cars had been used to smuggle contraband cigarettes and drugs.

The companies usually find out when they get a call from law enforcement agencies.

Mr Frankie Chan of Dream Car Leasing in Kaki Bukit said that in a year, at least “three to four” of his cars are impounded by the authorities in drug-related probes.

Said Mr Chan, 41, whose company has a fleet of 70 cars: “When the hirer is arrested or goes missing, who’s going to pay us? I still have to pay the car’s monthly instalments.”

Police said that in “more than 80 evasion cases” during checks between January 2014 and December 2015, about 19 per cent involved rental vehicles.

CNB said that of the 289 vehicles detained for investigations between 2014 and last year, 25 per cent of them involved rental vehicles.

However, Singapore Customs said rental vehicles are “not commonly used” in the smuggling of contraband cigarettes. A spokesman said: “Vehicles seized by Singapore Customs, which were subsequently ordered to be forfeited by the court, were used mostly for conveying, delivering and storing of duty-unpaid cigarettes.”

The spokesman did not say how many involved rental vehicles.

Mr Peter Cheong, president of the Vehicle Rental Association (VRA), said it is unclear if this is a widespread problem. There are about 200 vehicle rental firms, but only about 30 are VRA members.

Mr Cheong, who has written “four to five” appeal letters to the authorities to release impounded cars, said: “There are a lot of unreported cases. If members don’t officially approach us, we will not be able to help them.”

Criminals target rental cars because it would be harder to trace the perpetrators of a crime, especially when fake or stolen identification is used, he added.

The VRA recommends that members do not accept cash-only payments. Mr Cheong said: “Most of the criminals don’t use credit cards. They rent the car for a few days and pay by cash. Once we get a cash-only customer, alarms bells should be ringing.”

Most of the rental firms said they are already vigilant.

If a potential hirer’s identification documents, including identity card, driver’s licence and credit card, do not match, Eazi Car Leasing will not rent out any of its fleet of 100 cars. The cars are equipped with Global Positioning System trackers and immobilisers.

Eazi’s operations manager Yolanda Yang said it uses tracking software to monitor a rental car’s location, especially when it encounters hirers who act suspiciously. They include potential hirers who provide identity card photos that do not match their faces.

Ms Yang said: “Hirers who act suspiciously don’t seem to sleep. They are never at home and move about in the middle of the night.”

But even with diligence, her firm’s cars have been involved in over 10 criminal cases in the last five years, including vice- related activities.

Mr Chan said there is an industry blacklist and his company checks a potential hirer’s personal details against the list.

Sometimes, a “reconnaissance team” is sent to check who is really behind the wheel of a rental car.

Mr Chan said: “We also know if hirers park their cars overnight at a few hot spots in Sin Ming and Ubi. We will then assume the cars are at workshops there for repairs.”

A hirer has to pay a penalty of between $1,500 and $2,000 for breach of contract if he allows an undeclared person to drive the rental car, or if the car is driven into Malaysia without prior approval.

Rental companies said it is bad news when one of their cars is seized in an investigation. Once impounded, it may take weeks, or even months, before the vehicle is released, said Ms Yang. It costs her company about $100 in lost revenue a day when a car is impounded.

But there is even worse news than that.

Last August, one of Dream Car Leasing’s cars – a Honda Jazz – was involved in an apparent drug-related collision.

The driver was arrested after he fell unconscious in his seat.

Mr Chan added: “It was a total loss. I didn’t repair the car as it had only a few months left (on its certificate of entitlement). I lost at least $10,000.” 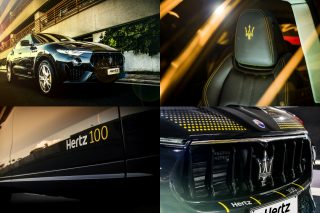