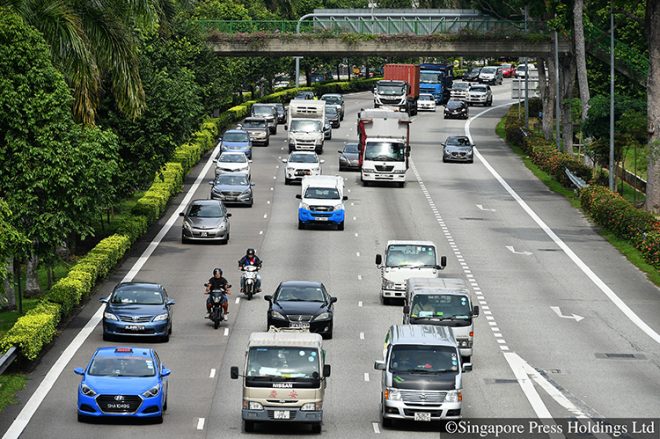 Hefty mobile cranes are likely to be allowed to move faster on the road.

The Land Transport Authority (LTA) said on Tuesday (Jan 29) that a trial commencing Feb 1 will allow mobile cranes with a laden weight exceeding 24,000kg to be driven at 40kmh.

Currently, such cranes have a speed limit of 20kmh.

The authority said it had received feedback from the industry that the speed limit of 20kmh “is too low, resulting in longer travelling time on the road which may cause driver fatigue”.

The LTA added: “This decision takes into account improvements in vehicle technology and design that allow mobile cranes to travel safely at higher speeds, and is also in line with practice in other countries such as Australia, Hong Kong and the United Kingdom.”

Separately, the LTA said the current 70kmh speed limit on eight-seater passenger cars will be lifted.

“Given advancements in vehicle safety standards, LTA will remove the vehicle speed limit for eight-seater passenger cars from Feb 1,” it said.

“With this change, eight-seater passenger cars will only be required to observe the same road speed limits as other passenger cars. This is in line with the practice in other countries.”

This change is not expected to affect many cars, as eight-seater passenger vehicles form a small percentage of cars here.